China is Battling Some of its Worst Floods in Decades 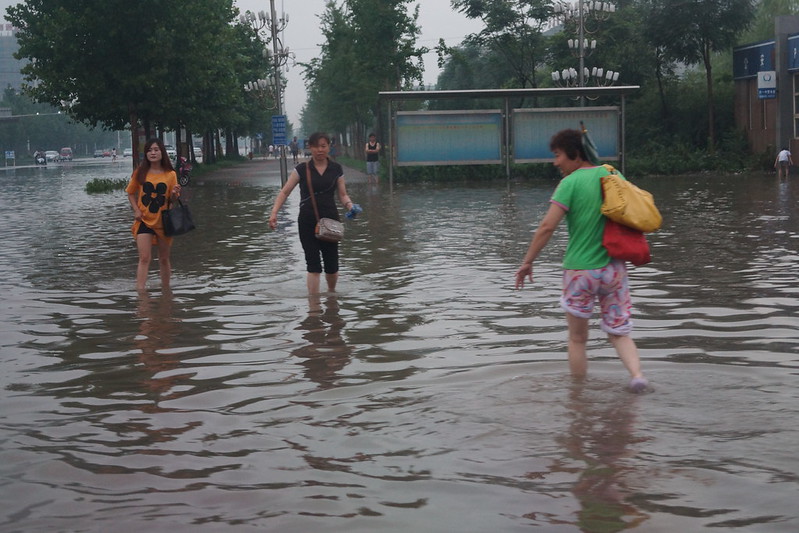 Weeks of torrential downpours in China have caused the worst flooding of the Yangtze River in the eastern province of Jiangxi since 1998, with floods impacting 38 million people and killing at least 140, the country’s Ministry of Emergency Management says.

On July 13, the Changjiang Water Resources Commission’s hydrology bureau said the flood has passed its peak in the Jiujiang region, leaving it with a water level of 22.81m, the highest since 1998, when massive floods killed more than 3 000 people.

The floods have ravaged 8.72 million acres of farmland and according to state news agency Xinhua, by July 12, the floods had caused USD$11.75 billion of economic losses throughout China.

While live monitoring shows that Yangtze has stabilised, other water bodies in the area, including the country’s largest freshwater lake, Poyang, continue to pose a threat and other provinces in the flood’s path are waiting their turn. On July 13, the lake reached a historic high of 22.6m, but its waters are now expected to slowly recede over the next few days.

Water levels at the Three Gorges reservoir, which cut its discharge volumes for a fifth time on July 11 to ease downstream water levels, have now risen to 153.2 m, 6.7 m higher than the warning level.

While summer floods are not an unusual occurrence in China due to seasonal rains, this year’s downpours are particularly bad. Flooding has hit 27 out of the 31 provincial regions in mainland China, with the average precipitation in the Yangtze River basin reaching the highest level recorded since 1961.

Chen Tao, the chief weather forecaster at the National Meteorological Center, was quoted as saying, “Compared with before, this year’s rainfall was more intense and repeatedly poured down on the same region, which brought significant pressure on flood control.”

443 rivers throughout the country have been flooded, with 33 of them rising to the highest levels ever recorded, the Ministry of Water Resources said. The majority of these rivers are in the basin of the Yangtze River, which flows from west to east through densely populated provinces of central China. The river is the most important waterway in the country, irrigating large areas of farmland and linking inland industrial metropolises with Shanghai.

Ye Jianchun, vice minister of water resources, told a briefing on Monday, “Going into the key flood-prevention period of late July to early August, the current trends remain grim on the Yangtze and the Lake Tai basins.” He added that the belts of heavy rain that have lashed central China would eventually head north.

China’s weather bureau said that although some regions in the southwest would see a temporary respite from the heavy rain, central and eastern China would continue to bear the brunt of the storms. On July 14, the China Meteorological Administration issued a blue alert for heavy rain until Saturday in provinces in the country including Sichuan, Hubei, Anhui, Jiangsu and Zhejiang.

In the meantime, residents along the Yangtze River and in the Poyang Lake region continue to implement their own series of defence measures, securing riverbanks and fortifying dykes with sandbags to prevent entire villages being submerged.