China Foreign Ministry Criticises US on its Climate Policies 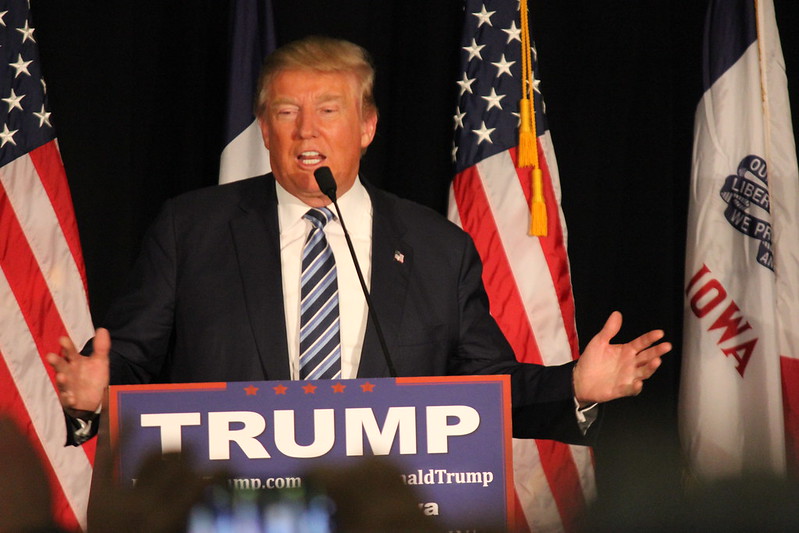 On October 19, the Ministry of Foreign Affairs (MoFA) in China issued two documents criticising the US on its track record on environmental and climate policies, saying that under President Trump, the US “is widely viewed as a consensus-breaker and a troublemaker,” compromising international environment cooperation.

In a fact sheet, the Ministry blamed Trump’s “negative stance” and “retrogression on climate change” for undermining progress on the Paris Agreement, which the US will officially withdraw from on November 4, the day after its presidential election. Beijing added that Trump had “seriously undermined the fairness, efficiency and effectiveness of global environmental governance.”

Besides the US withdrawal from the Paris Agreement, the two documents, called “A List of Facts on the Environmental Damages of the US” and “Report on the US’s Destruction of Global Environmental Governance,” outlined other issues, including present and historical carbon emissions, arrears on payments to the UN Framework Convention on Climate Change, failure to ratify the Convention on Biodiversity, deforestation and desertification and poor management of chemicals and waste. It also criticised Trump for rolling back nearly 70 domestic policies and failing to honour the US agreement to pay its share of Green Climate Fund contributions. It said the US accounts for 95.7% of total international arrears to the fund.

“America’s conduct on the issue of the environment is already beyond explaining to American citizens, and the people of the world are owed an explanation,” the Ministry said.

This came after the US issued “China’s Environmental Abuses Face Sheet” on September 25, which said that Beijing “threatens the global economy and global health by unsustainably exploiting natural resources and exporting its wilful disregard for the environment through its One Belt One Road initiative.” The fact sheet from the US also criticised other climate policies from China, including its dams on the Mekong River, marine debris, plastic product waste, illegal logging, mercury emissions and air quality.

Secretary of State Mike Pompeo said “too much of the Chinese Communist Party’s economy is built on wilful disregard for air, land, and water quality. The Chinese people- and the world- deserve better.”

Speaking to the Washington Post, James Bordoff, director of Columbia University’s global energy centre, said of the Chinese report, “This seems like a reminder that people who live in glass houses shouldn’t throw stones. We put out a statement attacking their environmental record and they put out an even stronger one, and the Trump administration has given them a lot to work with.”

China is the world’s largest emitter of greenhouse gas emissions, but its emissions per capita are half that of the US’ and its population is five times as big.

Joanna Lewis, director of Georgetown University’s science, technology and international affairs programme, said, “China’s fact sheet on US damage to the environment is a slap in the face for a country that normally prides itself on its environmental leadership. It demonstrates how the US has lost almost all of its moral high ground when it comes to engaging with China and other emerging economies on the environment and climate change in particular.”

She adds, “While China’s environmental record is highly problematic, the country has made impressive gains in many areas while the current U.S. administration continues to roll back many hard-won environmental protection laws.”

While China and US have criticised each other on human rights, trade and the expulsion of diplomats and reporters, climate policies have tended to escape this national competition and rivalry, but Trump has adopted an attitude of hostility towards China throughout his presidency, and relations between the two countries have only worsened since the outbreak of the COVID-19 pandemic. Greenpeace climate negotiations analyst Li Shuo took to Twitter, saying that “this represents the bilateral war of words extending to a new area. Will this US bashing continue after the election? We will see.”

During President Barack Obama’s presidency, he managed to get China to support broad policies to slow the growth in greenhouse gases and shift the Chinese economy toward renewable sources of energy.

A cordial US-China relationship depends on the results of the US presidential election, with a potential Biden presidency looking to re-engage with China on the climate crisis. However, the MoFA’s tone in these documents is concerning. Following China’s surprise announcement that it will aim to achieve carbon neutrality by 2060, this could be seen as MoFA’s attempt to capitalise on the reputational gains of it.