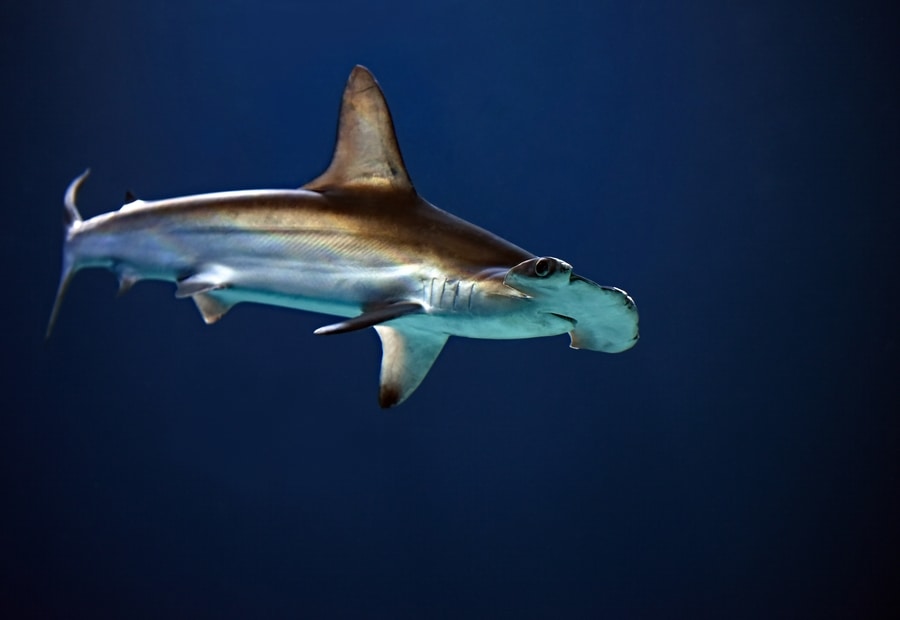 For years, reports of illegal fishing activities have dogged China’s distant-water fishing fleet. Now, China is significantly tightening regulations governing these fishing vessels for the first time in 17 years, with a slew of new rules taking effect throughout 2020, including harsher penalties for captains and companies found to have broken the law.

Estimated at a minimum of 2,900 vessels, the country’s distant-water fleet, active outside its maritime borders, dwarfs that of other nations. Since 2003 it has grown by at least 1,000 boats and doubled its reported annual catch.

The rule changes from China include revisions to the Distant-Water Fishing Management Regulations, new Management Measures for High Seas Squid Fishery and a new Rule for High Seas Transshipment released earlier this year; as well as a revision to the Administrative Measures of the Vessel Monitoring System released in 2019. They all take effect between January 2020 and January 2021. Leaving less space for illegal activities, the changes are geared toward increasing transparency and promoting more sustainable practices.

“China is the country that will shape what the future of ocean health becomes,” said Douglas McCauley, professor of marine biology at the University of California, Santa Barbara. “No other nation has more say as to what will become of the future of our ocean.”

The country hauls in around 15% of the world’s reported wild fish catch, according to a 2020 U.N. Food and Agriculture Organization (FAO) report. Discrepancies in reported fish catches and lack of transparency over fleet sizes globally mean no one really knows how much seafood humans remove from the ocean. But studies indicate an alarming drop in marine fish and invertebrate populations over the past 50 years.

More than a third of the planet’s fish stocks are overfished to biologically unsustainable levels, the FAO report said, with a further 60% of stocks fished to the sustainable maximum. Those numbers have far-reaching implications not only for marine ecosystems but for humans: fisheries provide direct employment for almost 60 million people globally and around 20% of essential protein intake for more than 3 billion people, according to the report.

China has previously signalled its intent to promote sustainable fishing practices. In 2017, the country pledged to cap its distant-water fleet at 3,000 vessels by 2020 and outlined comprehensive intentions in its 13th Five-Year Plan for the Development of Distant-Water Fishery. However, it has taken little concrete action until now. 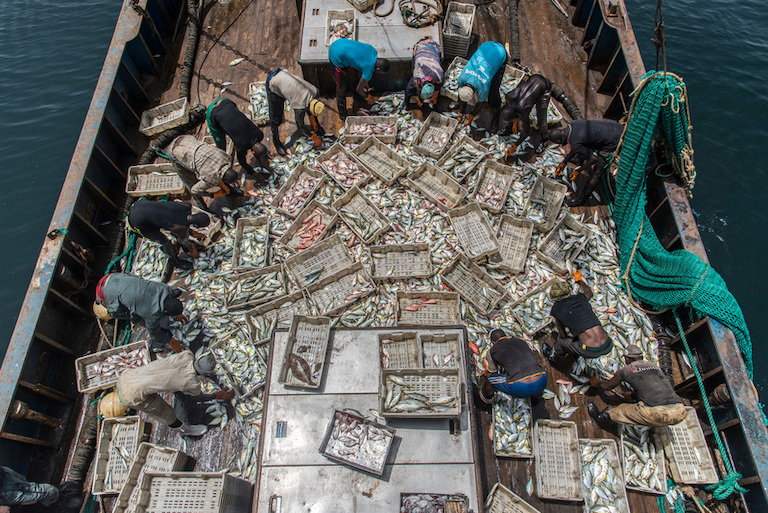 Changes to the Distant-Water Fishing Management Regulations, which took effect April 1, include harsher punishment for those caught breaking the rules, a clamp-down on vessel monitoring, new port management procedures, stricter certification requirements, and clarification of penalties, responsibilities and enforcement measures, industry experts said. The country’s Wildlife Protection Law joined the list of acts that transgressions at sea are punishable under.

The revised regulation shifts the focus from “rational” to “sustainable” use of marine resources from the first paragraph. Prohibitions on illegal, unreported and unregulated (IUU) fishing activity, a term not mentioned in the previous version, are now prominent in four separate clauses, and references to protection and sustainability have doubled in frequency, according to a comparative translation provided by Tabitha Mallory, founder of the Seattle-based consulting firm China Ocean Institute.

The Port State Measures Agreement (PSMA) of 2016 is the first internationally binding agreement aimed at combatting IUU fishing. The idea is to prevent vessels engaging in IUU activity from landing catches by denying them entry to ports globally. While China committed to joining the PSMA in 2017, it has yet to follow through. However, the updated distant-water fishing regulations seem to pave the way for China to do so. Newly added Article 38 explicitly prohibits ships on IUU lists held by international fishery organizations from entering Chinese ports except in special circumstances. The new rules place responsibility for investigating and handling ships entering illegally or under special circumstances with Chinese authorities, in line with both Chinese law and international treaties agreed to by China.

Previously, punishment meted out to companies blacklisted for IUU fishing transgressions was limited, according to Pan Wenjing, a Beijing-based forest and ocean project manager with Greenpeace East Asia. “The company only needed to pay the fine then could head back to sea fishing again,” she said. Now, ship captains will lose their captain’s licence for five years and company managers will be stripped of their managerial role for three years.

Insurance companies, creditors and other fishing industry support businesses will likely be less willing to work with high-risk businesses such as those on China’s blacklist, said Philip Chou, an expert on distant-water fishing with international conservation group Oceana. That highlights how the country’s new rules have the potential to bring about real change at all levels of the industry, he said.

The new rules address the issue of ships committing transgressions while “going dark” by switching off their transponders so their locations can’t be identified. Hourly transponder reporting is now a legal requirement, up from every four hours before Jan. 1, 2020. Chou said this increases the potential to investigate suspicious activity, such as ships meeting up at sea or approaching marine protected areas, and provides clearer measures for frequent violators.

China hasn’t previously monitored high-seas transshipment — the practice of transferring cargo from one ship to another at sea, which fishers can use to hide the true origin or volume of their catch — at all. The new Rule for High Seas Transshipment introduces reporting and onboard independent observers for such transfers, and bans pollution during operations, Pan said.

The other first for China is seasonal closures of squid fishing. The new Management Measures for High Seas Squid Fishery bans Chinese vessels from fishing squid in the southwest Atlantic from July to September and in the eastern Pacific from September to November, in an effort to protect overfished stocks.

“These strong measures make the regulation a tiger with sharp teeth,” Pan said of the update to the distant water fishing management regulations from China. “But it still depends on whether it can be effectively enforced.”

China’s Ministry of Agriculture and Rural Affairs, which oversees the country’s fisheries, did not respond to Mongabay’s requests for comment.

IUU fishing is so pervasive that one in five wild-caught fish is estimated to have been caught illegally, with a total annual value of up to $23.5 billion, according to a 2018 Pew Trust report. China’s distant-water fleet has been widely implicated in illegal practices, ranking worst out of 152 coastal states on a global IUU fishing index developed by U.K.-based Poseidon Aquatic Resource Management and the Geneva-based non-profit Global Initiative Against Transnational Organized Crime.

February 2019 saw 294 fishing boats making the most of peak squid season in the southwest Atlantic Ocean, just outside Argentina’s exclusive economic zone (EEZ). Of them, 256 turned off their vessel monitoring system, and 87% of the vessels that did so were flagged to China, according to a 2019 report by Washington, D.C.- based security analyst C4ADS. Dark fleets of Chinese squid boats have also been implicated in $440 million worth of flying squid (Todarodes pacificus) illegally taken from North Korean waters in 2017 and 2018, according to a recent study in the journal Science Advances.

While not always illegal, going dark is useful cover for fishing illegally inside protected areas or during seasonal closures, or simply for nipping into the EEZ of a country whose waters you have no permit to fish. China’s revised regulation prohibits this kind of intentional interference with vessel monitoring systems.

The Indonesian crew of a fleet of Chinese tuna longliners fishing the Western Pacific recently reported they had been illegally shark finning. Pictures they provided indicate they were targeting endangered species, such as oceanic whitetips (Carcharhinus longimanus) and hammerheads (Sphyrna spp.).

Four crew of one boat, the Long Xing 629, died of an unidentified illness while in service between December 2019 and April 2020. Three of their bodies were dumped at sea. Crewmates reported human rights abuses including forced labor.

“This incident clearly shows the need for policy change related to workers’ rights on board fishing vessels and for better monitoring, control, and surveillance measures,” Chou said. Regulations that took effect in April mean that going forward companies like the one that owns the Long Xing 629 and its sister ships, Dalian Ocean Fishing Co Ltd., should be publicly blacklisted. The company did not respond to Mongabay’s request for comment.

Another common practice among fleets of many nations is to hide the true owner of a fishing boat or fleet with a front, or shell company, a practice that causes huge transparency issues. For instance, Ghanaian law bans international companies from its commercial fishing sector and prohibits joint ownership of enterprises between Ghanaians and foreigners. Yet an estimated 90% of industrial trawl vessels plying Ghana’s waters have links to Chinese ownership, according to a 2018 report from the U.K.-based NGO Environmental Justice Foundation.

Public data from the Chinese Ministry of Agriculture and Rural Affairs confirms that several ships with previous sanctions and fines for IUU offenses that are registered to Ghanaian companies are in fact owned by a Chinese company, according to a 2019 investigation by China Dialogue Ocean.

China’s 13th Five-Year Plan for the Development of Distant Water Fishery included the intent to abide by regulations of countries where China ’s fleet operates, and the revised distant-water fishing regulations include measures to make the flagging of distant water vessels more transparent. Together these suggest that, as of April 1, China should be cooperating with countries like Ghana to police illegal shell companies.

“The current revisions are a commendable step to make China’s DWF management regime more in line with international norms and practices,” Chou said. He pointed out that resolving systemic issues of IUU fishing and sustainability globally would require international improvements to implementation of existing policy and further reform, and that China’s revisions are not a standalone panacea.

Even so, the increasing willingness of China to better manage its distant-water fishing, plus the new regulations, could substantially improve fishing and supply chain management globally because of the country’s position as the largest distant-water fishing power on the planet, Pan said. But that can happen only if China enforces its new rules.

If it does, and the country ranked worst in the world for IUU fishing can change course, the implications for the sustainability of global fisheries are huge, experts consulted for this story agreed.

“A solution waiting to happen,” is how McCauley referred to China’s potential to lead fishing reform. “If China elects to govern its fisheries more sustainably, not only does China benefit, the world benefits. China can act fast — when it wishes to do so.”

This article was originally published on Mongabay, written by Elizabeth Fitt, and is republished here as part of an editorial partnership with Earth.Org.