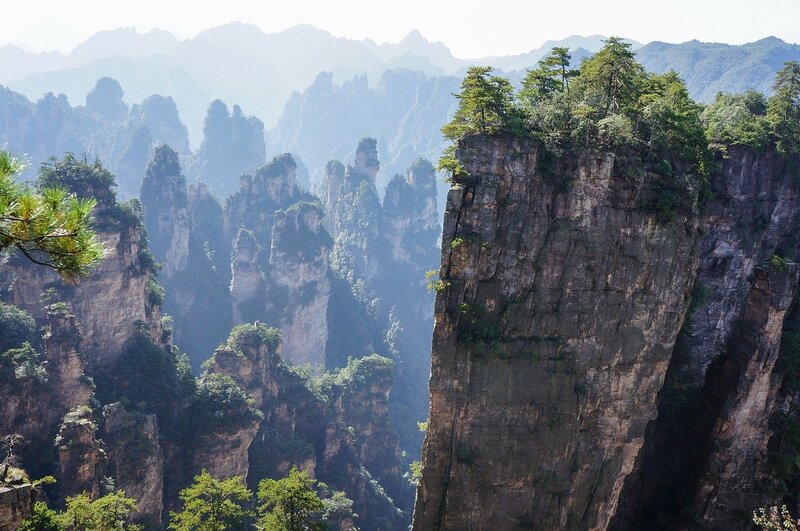 Policy makers and scientists from China, the US and other countries recently gathered to discuss China’s plans to create a unified national park system. Supposedly taking inspiration from Yellowstone Park in the US, the system aims to limit development and protect ecosystems. China plans to complete 10 national parks by the end of 2020.

The conservation efforts come after a development spike in the Xining area in central China that is characterised by an increasing number of skyscrapers, highways and high-speed railways. The region, called the “rooftop of the world” and ringed by the world’s tallest mountain ranges, is now a pivotal part of China’s latest modernisation plan.

This time, however, China aims to limit the region’s growth to incorporate its own version of the US’s proudest legacy: a national park system.

Zhu Chunquan, the China representative of the International Union for the Conservation of Nature, a Swiss-based scientific group, noted that China’s economy has spiked over the past 40 years, however priorities are now encompassing conservation infrastructure to protect the country’s key natural resources. “It’s quite urgent to identify the places, the ecosystems and other natural features to protect,” Zhu said.

China plans to build its own Yellowstone on the Tibetan plateau. Zhu, who is also a member of the advisory committee providing input on the development of China’s budding national park system, says the plan is likely to be revealed later this year.

Chinese officials visited US national parks, including Yellowstone and Yosemite, and sought input from numerous organisations like the Paulson Institute in Chicago.

The first park will be situated in Qinghai province, a region in western China close to Tibet, and will be named the Sanjiangyuan National Nature Reserve. The region is home to approximately 128 000 people who live in or around the planned park’s boundaries, including many Tibetans.

The region is also home to native and endangered species like the snow leopard and Chinese mountain cat, and encompasses the headwaters of three of Asia’s great waterways, namely the Yangtze, Yellow and Mekong rivers.

Created in 1872 and recognised as the world’s first national park, the US government forced Native Americans who lived in the area to resettle outside the park boundaries with the aim of obliging to 19th-century regulations of wilderness protection. Other countries who establish park systems today must consider the livelihoods of local populations.

In the past, China’s resettlement programs, which cleared land for large infrastructure projects like the Three Gorge Dam, left many farmers in new homes without adequate agricultural fields or access to other livelihoods.

However, in the case of developing national parks, the government is distributing conservation-related jobs to people living in or around the Sanjiangyuan National Nature Reserve. Locals can therefore stay and work on their land through the “One Family, One Ranger” program, which hires one person per family for 1 800 yuan (US$259) a month to collect trash, monitor for poaching and other duties.

A recent “national ecosystems assessment” examined China’s land changes between 2000 and 2010 with the help of 20 000 satellite images and 100 000 field surveys. Ouyang Zhiyun, deputy director at the Chinese Academy of Science’s Research Centre for Eco-Environmental Sciences and leader of the assessment, is currently referencing the work to map priority areas for conservation and advise park planners accordingly, with a focus on endangered species’ habitats that are endemic to China.

The environment and sustainability considerations have been previously stressed in China’s 12th Five Year Plan. Improvements, however, in efforts to achieve a greener society and economy is further expressed in the 13th Five Year Plan, that includes adjustments to previous ambitions, and added targets and goals to accelerate green goals.

One of China’s major objectives in the 13th Five Year Plan is to ‘achieve an overall improvement in the quality of the environment and ecosystems’. Specifically, this objective outlines an ambition to transform current modes of production and ways of life to become more eco-friendly. In order to achieve this, China plans to improve energy efficiency, control land used for construction, reduce energy and water consumption and reduce emissions of major pollutants.

Chapter 43 aims to control ‘the amount of additional land designated for construction projects and bring under effective control the disorderly expansion of new cities, new districts and development areas’.

Chapter 45 outlines a slew of biodiversity conservation projects, including nature reserves and protection of ecosystems, species, genes and landscape diversity. This will be achieved with the help of background surveys and evaluations and improvements to biodiversity observation systems. The government says, “We will ensure the proper planning and development of facilities and parks for the biological resources protection and promote the development of gene banks and artificial breeding centers for wild fauna and flora species.”

Furthermore, in regards to traditional culture and natural heritage, the plan outlines a target of building national cultural parks and to improve facilities for their protection and utilisation.

The national park system falls in line with the goals of the 13th Five Year Plan, and demonstrates the sincerity and seriousness of China achieving the outlined environmental objectives.