How Cities Can Learn From Each Other to Become More Green 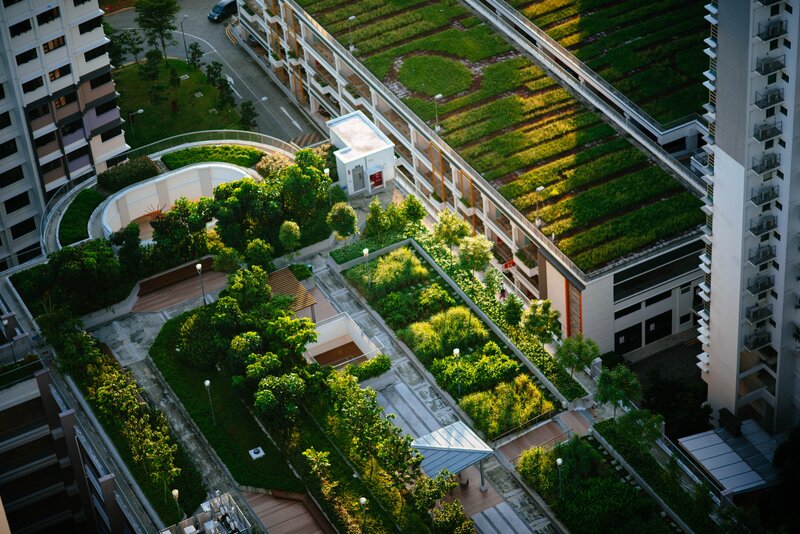 As the Western US is brutalised by yet another unprecedented, record-breaking wildfire season, it’s a sobering reminder of the realities of the climate crisis. Large cities in Europe and Asia have revitalised vacant and abandoned urban spaces to provide green space, recreation, cultural centres, housing and more. The coronavirus pandemic is driving up vacancies in major American cities, and now is the time to act to take advantage of those spaces in more sustainable ways.

However, the US isn’t alone. Similarly devastating fires tore through Australia earlier in the year. Deadly droughts have affected India in recent years. Floods, cyclones, hurricanes and other climate disasters are happening at a rate of one incident per week, according to the UN.

When it comes to the climate crisis, it’s clear that the entire world is in this together.

Meanwhile, COVID-19 is causing American cities to change in ways nobody anticipated. With that, though, is an opportunity for cities in the US to follow the lead of cities in Asia and Europe, and to get creative to emerge on the other side of this crisis more green than ever.

Cities Around the World Are Getting Creative With Empty Space

There are a lot of ways for cities to become more green and sustainable, but one that’s been gaining popularity in recent years is using vacant urban spaces in creative ways to provide more green space, community amenities, housing and more.

Take Bangkok, for example. Designers there created the world’s first non-rectangular soccer field to fill an empty, asymmetrical area between buildings. This is an ingenious way to use vacant space in a city, even if it’s oddly shaped, plus any new recreational space comes with a tangible benefit to the community.

Creative revitalisation of dead, abandoned buildings and industrial areas is also common in Europe. To reduce urban sprawl, city planners have focused on developing cities inward — meaning revitalising unused spaces within their existing borders — with great results. In Zurich, Switzerland, an empty milk processing plant has become a community centre that provides cultural and educational spaces, as well as housing for residents.

Several German cities also provide good examples of these kinds of revitalisation efforts. Industrial areas are common throughout the country, and former coal mining operations have been shuttered in favour of cleaner renewable energy sources. Now, those industrial areas are being preserved and repurposed as housing, cultural centres and even landscape parks.

Germany has also been getting creative with leftover military bases and barracks from World War II. In Heidelberg, former barracks have become housing for local residents. In Bamberg, former military buildings are being eyed as temporary housing for refugees, with plans to turn some of them into schools, stores and other resources that fit the needs of the local community.

Now Is the Time for the US to Follow These Trends

Vacant space has and will always exist in cities, no matter where in the world they are. But because the pandemic and other economic factors are resulting in historically high vacancy rates, his is a particularly good time for major cities in the US to learn from cities in other parts of the world, and start looking for new and creative ways to revitalise their dead spaces.

Vacancies in commercial and industrial spaces are rising historically in major US urban areas, with even some of the most densely populated real estate markets in the country seeing unprecedented vacancy rates.

Take New York City. New York has always been a cultural and business hub in the US, with some of the most expensive real estate in the world, at consistently low vacancy. However, in June, residential vacancy in Manhattan hit 3.67%, the highest rate ever recorded for the area.

San Francisco is another historically tough rental market in the US. There, vacancy rates have risen from 3.9% in February to 6.7% in May. The same goes for office space, which saw vacancy rates increase from 3.7% at the end of 2019, to 6.6% in the second quarter of 2020. In fact, all over the US, experts expect office vacancies to reach unprecedented highs this year.

A lot of the current vacancies are driven by COVID-19, which has many urban-dwellers wishing for more space and less densely populated places to live. One recent study showed that as of April, nearly 40% of urban dwellers had considered moving somewhere with fewer people.

Experts say that once the crisis passes, people who left should largely return — at least, if this crisis is like past crises that resulted in exoduses from major cities. But in the meantime, this is an ideal time to take advantage of the current vacancies, and use that space to create new amenities and resources that help up the sustainability of US cities.

Could the Gig Economy Be the Answer?

The gig economy has already had the unexpected benefit of helping make cities greener. Rideshare platforms have helped cut down on carbon emissions by reducing the number of personal vehicles on the road. There’s even a site for peer-to-peer self-storage, allowing people to use vacant space in their neighbours’ homes to store their belongings, rather than sprawling, energy-wasting, climate-controlled storage facilities.

Could the gig economy be the way that the US repurposes vacant spaces in cities in more green, sustainable ways?

No one can tell the future. But with the technology that we currently have, it’s not hard to imagine an app that gives local communities listings for empty parking lots where they can start farmers’ markets or communities gardens, for example.

There are so many ways technology can help propel us into a more green future. The time is right for the next tech entrepreneur in the US to look around the globe for inspiration and bring these kinds of green initiatives home.