Climate Change is on Our Plates 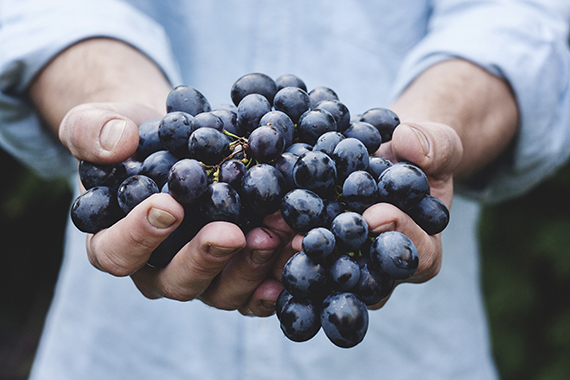 It is a never ending discussion whether organic food is healthier than conventional food (produced by common agricultural methods). Several studies have compared the nutritional composition of different organic and conventional food products. So far, neither seems to have won the battle! However, researchers overwhelmingly agree that agriculture and what is on our plates is a major contributor to one of humanity’s biggest challenges: Climate Change.

Plants do sequester carbon through photosynthesis, but agricultural activities overall release more carbon dioxide into the atmosphere than they prevent or capture. Animal husbandry, production of chemical inputs, deforestation for agricultural conversion and rice production are prime examples of natural capital depletion.

Politicians, farmers and consumers have teamed up in the last decade in an effort to implement mitigation policies. Yet, according to the United Nations Framework Convention on Climate Change (UNFCCC) in 2011 the agriculture sector was still the second largest carbon emitter to the atmosphere.

The environmental impacts of agriculture

It is estimated that around 10-12% of total annual Green House Gases (GHG) emissions and 75% of global deforestation come from agriculture. Developing countries are the worst offenders. Southeast Asia (SEA) emits annually almost 315-627 million tons of carbon dioxide equivalent (MtCO2e). Indonesian agriculture tops the charts as the largest single contributor of carbon dioxide equivalent (MtCO2e) in the region and is responsible for 84-247 million tons.

Synthetic fertilisers alone, which are a petroleum dependent product used in conventional agriculture, account for a 13% percent share of global agricultural emissions. But alternatives are not necessarily rosier. A recent study showed that organic farming practices may actually contribute more to GHG emissions due to the need for additional land to reach the same crop yield. This particular recent study, however, has compared single crops, and its findings cannot be extended to all organically-farmed produce.

Does organic agriculture a count as a “good manufacturing practice”? Certainly, organic agriculture has been proven to indirectly support climate change mitigation. As part of the natural carbon cycle, most of the carbon sequestration occurs when carbon from the atmosphere is absorbed and stored in the soil. Soil from organically managed farms is found to be higher in substances able to capture and store much higher levels of carbon and for longer periods of time.

According to a paper published by the Soil Association, organic farming can store an average of 28% higher soil carbon levels in the organic farms in Europe, and around 20% in the organic farms world-wide (source 3). In addition to its climate change mitigation factors, organic agriculture also supports biodiversity through organic farm management practices and increases animal welfare. Avoiding chemical fertilizers and pesticides protects the soil, reduces water pollution and supports human health through fewer concentrations of harmful chemicals, pesticide residues and cadmium in the food.

In addition to these benefits, organic farming also reduces the pollution associated with the use of chemicals on conventional farms. We have yet to prove organic food to be more nutritious, but it is a healthier pathway to maintaining fertile soils, with benefits extending to environmental protection, climate change as well as animal welfare.

Consumers grappling with ethical dilemmas about what food to put on their plates can indeed find solace in organically farmed produce, which offers an eco-friendly alternative to standard food and has less of an impact on climate change.

Mindful that both agricultural practices accelerate the discharge of carbon into the atmosphere, organic food still takes the podium as the least harmful option for the Planet.