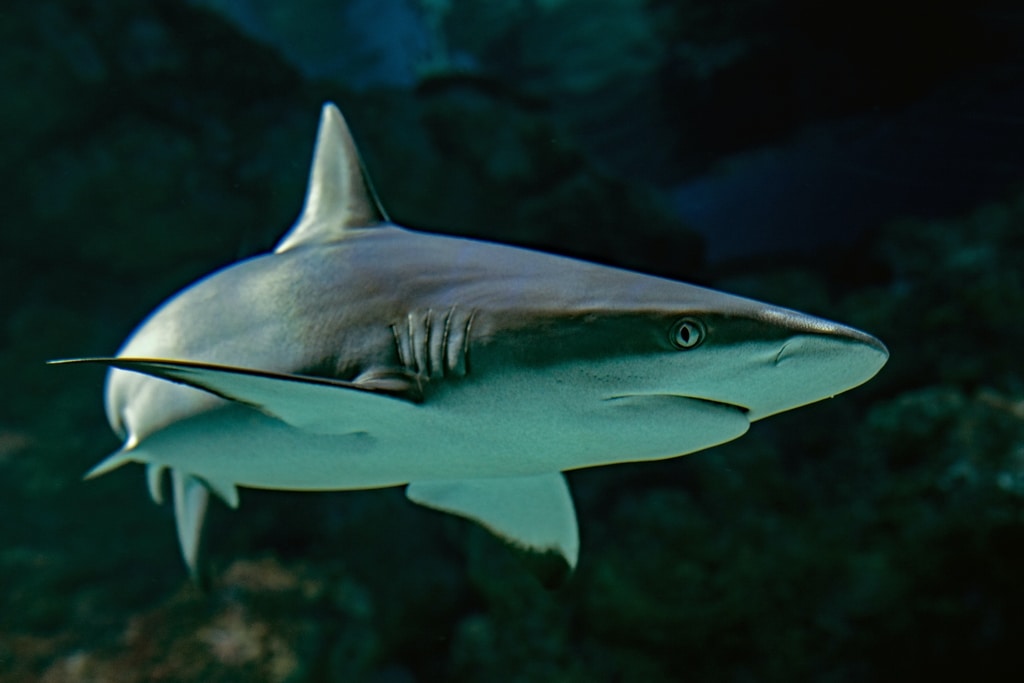 Shark finning poses a significant threat to the ocean’s ecosystem and levels of carbon dioxide production in marine environments. Endangered shark species are still under threat despite being protected by shark finning bans and conservation plans. A recent massive shark fin seizure in Hong Kong demonstrates the severity of the city’s role in the global shark finning trade, despite a stern ban in place. What does the future of the trade look like, and what can be done to stop it?

Humans kill more than 100 million sharks worldwide each year, including tens of millions of sharks killed for their fins. As apex predators (top predators), sharks help mediate healthy ocean ecosystems and assist in maintaining a balanced biodiversity through intimidating potential prey, preventing overpopulation of prey species, and preventing prey species from dominating a limited resource. Sharks’ roles in managing the marine’s environment is therefore essential; without them the infrastructure and balance of the ocean’s ecosystem would be threatened.

Hong Kong customs officials recently seized 26 tons of dried shark fins extracted from an estimated 38 500 endangered sharks inside two containers shipped from Ecuador. The Customs and Excise Department’s marine enforcement group in Hong Kong estimated the fins at US$1.1 million, which were removed largely from thresher and silk sharks- both protected and endangered species.

According to Ken Chan Hon-ki, endangered species protection officer of the Agriculture, Fisheries and Conservation Department, the fins were removed from an estimated 31 000 thresher sharks and 7 500 silky sharks. It was further noted that the fins were to be delivered to restaurants and shops for local consumption, however the ongoing investigation has yet to confirm this definitively.

While selling and consuming shark fins is not illegal in Hong Kong, it is regulated and requires a license. Importing an endangered species without a license is punishable by up to 10 years in jail and a HK$10 million (US$1.3 million) fine.

In 2018, police officers seized a total of 641 kilograms of shark fins worth over US$65 780, making this year’s seizure significantly larger in comparison. The rise in seizures demonstrates the severity of the role that Hong Kong has in the global shark finning trade, and highlights the ongoing participation in the harvesting and trading of shark fins despite the threat it poses to the species’ and the ocean’s ecosystem.

According to a superintendent officer reporting to South China Morning Post, the rise in seizures demonstrates an ‘efficient system of inspecting and detecting illegal shark fin activity’, potentially due to intelligence collaborations with mainland China and other countries. Moreover, the increase in seizures may not be a result of a rise in demand. Instead, Gloria Lai Pui-yin, senior conservation officer at The World Wildlife Fund in Hong Kong (WWF-HK) pointed out that it could be an attempt of exploiting the COVID-19 pandemic as government officials are preoccupied combating the virus.

Lai mentioned that with people dining out less due to social distancing customs, a local increase in shark fin demand is highly improbable. WWF-HK strongly encourages companies and restaurants in Hong Kong and beyond to pledge against shark finning and to stop selling shark fin dishes with the aim of decreasing the demand. However, she acknowledges that the demand may rise again after social distancing rules are relaxed.

The Trade’s Link to the Climate Crisis

A 2016 study investigating the impact of shark finning on the climate crisis demonstrated that the removal of sharks from ecosystems may increase carbon dioxide production in the ocean. Removing the apex predator from its natural habitat can increase the biomass of prey species, like smaller fish and zooplankton, resulting in higher net carbon production by the system. The researchers noted that their results support previous findings established by similar studies. Additionally, predators affect the feeding habits of prey species such that their removal can result in a decrease in ocean carbon storage. Recent research has explained this may occur as predators are able to control populations or behaviours of other organisms, which might prevent potential carbon deposit build up.

Essentially, the researchers postulated that shark finning, in addition to fishing in general, contributes to the escalation of the climate crisis. Their study, along with others, further demonstrates the need to ban harmful activities such as shark finning, and highlights an area of research worth expanding and building on.

The UN developed the International Plan of Action for the Conservation and Management of Sharks in an attempt to conserve and manage shark populations, as well as to encourage their sustainable use. Though shark legislation varies greatly between countries, many governments have implemented a partial or full ban on shark finning – providing a glimpse of hope for the global ban of shark finning.

Canada, the first country to ban the export and import of shark fins, sets an example for other countries to follow suit. In 1994, Canada enforced a ban on shark finning with the exception of importing fins, which was legal up until the summer of 2019. In 2018 alone, Canada imported more than 148 000 kilograms of shark fins for local consumption, making it the largest importer of shark fins outside of East Asia. Since the recent full ban, concern around the detrimental effects of shark finning has been raised among the Canadian public, prompting a decrease in shark fin-related activities.

In contrast, some countries’ legislation regarding shark finning contain loopholes that subsequently enable illegal activity. Indonesia, among others, passed a ban on fishing of endangered shark species in 2012. According to Indonesian law, the fishing of authorised shark species is allowed given that the entire body is brought back to shore for full utilisation. The act of shark finning – harvesting the shark fin and dumping the body back into the ocean – is illegal. Despite such regulations in place, the demand for local shark fin consumption remains high as the market is still being entertained, enabling deceptive behaviour and illegal trading to satisfy monetary motivations.

What Next for the Shark Finning Trade?

It is evident that the extermination of shark species has a cascading effect throughout the ocean’s ecosystems that leads to catastrophic ecological and environmental consequences. While recognising the importance of sharks paves the way to greater awareness of the matter, more decisive action must be taken by governments to curb the shark finning trade altogether and punishments must be effective in deterring would-be syndicates. There should also be global cooperation to better monitor and control illegal activities.

With the continued attempts of raising awareness, implementing legislation, and educating the public on its detrimental effects, the trajectory of shark finning will hopefully decrease in the near future. However, this action must come from the top.