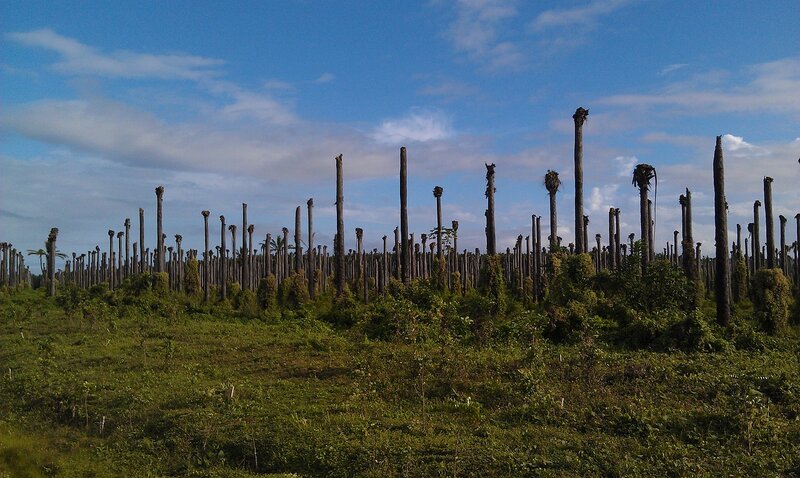 According to a new study, climate change and global food demand could cause a loss of up to 23% of all ranges of natural habitats by the end of the century. This habitat loss will bring about rapid extinctions of already-vulnerable species.

The study, published in Nature Communications, finds that shrinking ranges for mammals, amphibians and birds already account for an 18% loss of previous natural ranges, with the jump expected to reach 23% by 2100.

Until around 50 years ago, most agricultural development was in Europe and North America. Since then, large areas of land have been converted for agriculture in the tropics: into oil palm plantations in South East Asia, and for pasture land in South America, for example.

Dr. Robert Beyer of the University of Cambridge’s Department of Zoology, one of the authors of the study, says, “The tropics are biodiversity hotspots with lots of small-range species. If one hectare of tropical forest is converted to agricultural land, a lot more species lose larger proportions of their home than in places like Europe.”

The study gives recommendations for policy measures that can be implemented that are aimed at limiting the global area of agricultural land, for example by sustainably intensifying food production, encouraging dietary shifts towards eating less meat and stabilising population growth.

Andrea Manica, a professor at the University of Cambridge’s Department of Zoology and lead author of the study, says, “Whether these past trends in habitat range losses will reverse, continue or accelerate will depend on future global carbon emissions and societal choices in the coming years and decades.”