How Addressing the Climate Crisis Will Assist With Global Conflict 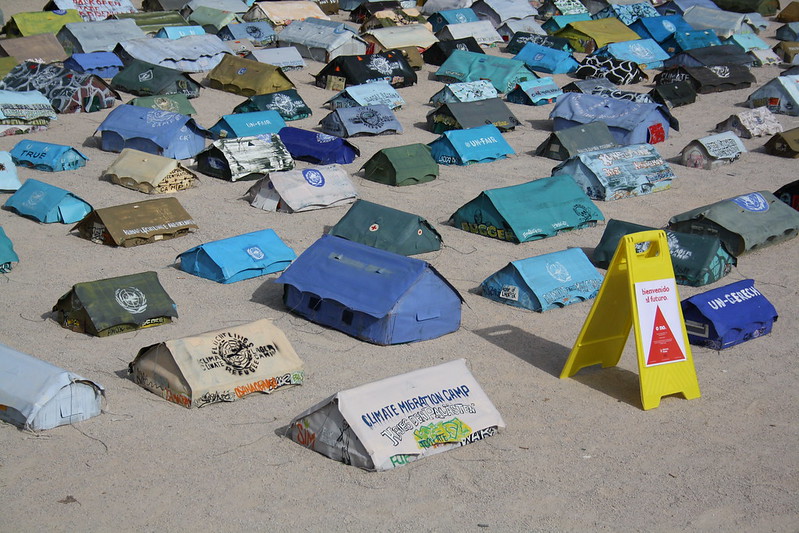 Will the climate crisis lead to war? Past violent conflicts have always arisen from political or ideological differences but as the climate crisis intensifies and depletes more of the planet’s natural resources, more conflict from deprivation and migration will occur.

There are various implications of the climate crisis. Greenhouse gas emissions have produced more intense and frequent weather patterns, which has led to more extreme weather events like droughts and wildfires, as can be seen with the California, Washington and Oregon wildfires, whereby drier conditions caused by lack of rainfall have caused fires to rage out of control, causing extensive damage to anything in its path.

An extreme weather event doesn’t typically lead to unrest unless there’s more at play. It’s no coincidence that Syria’s current civil war started after a drought that drove nearly 1.5 million people to migrate to cities with limited resources. This war started for multiple reasons, but Syria’s water scarcity concerns added to its severe and dangerous instability.

In 2018, 17.2 million people were displaced by extreme weather events worldwide, either within their countries or to new ones. From Sub-Saharan Africa to Latin America, it’s clear that communities are under stress from the climate crisis. These movements put a strain on resources and their homelands. The outcome? One overpopulated area, one deserted area.

Numerous countries face food insecurity. In South Sudan, 6 million people have dealt with famine-inducing food shortages since 2017, due to both powerful floods and political instability. Countries like Venezuela and Afghanistan will encounter similar issues through 2020 and beyond.

It’s nearly impossible to endure environmental issues such as pollution and heat if you are a subsistence farmer. Concerns like topsoil erosion and crop diversity create further obstacles for farmers. If you can’t grow a variety of nutritious crops, your family and community suffer. As crops endure detrimental changes worldwide, populations may become hostile.

Consider Sudan’s Darfur conflict. It wasn’t long before farmers and herders defaulted to war after diminished rainfall caused a significant drought. They had to compete for land- and a climate crisis – induced conflict ensued. Other factors like race were at fault, too. But this shows that when a necessity such as food becomes threatened, it’s a recipe for eventual conflict.

It’s imperative to find solutions to food scarcity before concerns arise. There’s a domino effect at play. When climate change depletes resources, impoverished areas will likely experience economic devastation because these communities rely on their own food production to earn an income. Further, it’s much more difficult to work when you’ve endured numerous famine-related consequences health-wise.

Citizens Have to Compete for Goods

It’s clear that the climate crisis has exacerbated migrant and refugee situations. As countries experience water and food scarcity, it’s become crucial for people to pursue better livelihoods. There are also instances where extreme weather has forced citizens to leave their homes because they can’t safely remain.

These trends create a significant issue for both rural and urban communities. A rural town can’t exist without an active population. But it’s also tough for urban places to meet demands when they experience a migrant or refugee influx. This process could lead to a fight for livelihood. A situation like the Arab Spring alludes to the fact that climate change stressors create revolutions.

Additionally, locals in the countries to which these migrants flee aren’t always welcoming. In a 2019 UK poll, 44% of respondents said the number of immigrants should be reduced while only 17% said it should increase. This point isn’t to say that citizens will start conflicts over new residents, but they still exists a perception that they will have to “compete” with migrants for jobs or benefits. As climate migrants become a more widespread occurrence, efforts to solve the climate crisis affects everyone, regardless of the economic class they belong to.

Without Action, Tensions and Stressors Will Develop

As a society, it’s imperative to move toward meaningful climate change solutions. These efforts can help save millions from potential disaster and famine. New initiatives that stave off the climate crisis are crucial if countries want to avoid eventual conflict. While climate change has never been a single cause for unrest, it’s become more difficult to manage as a planet. We must find solutions for water and food scarcity as well as migration before it’s too late.