Biden Vs Trump on Climate: What Happened During the First US Presidential Debate 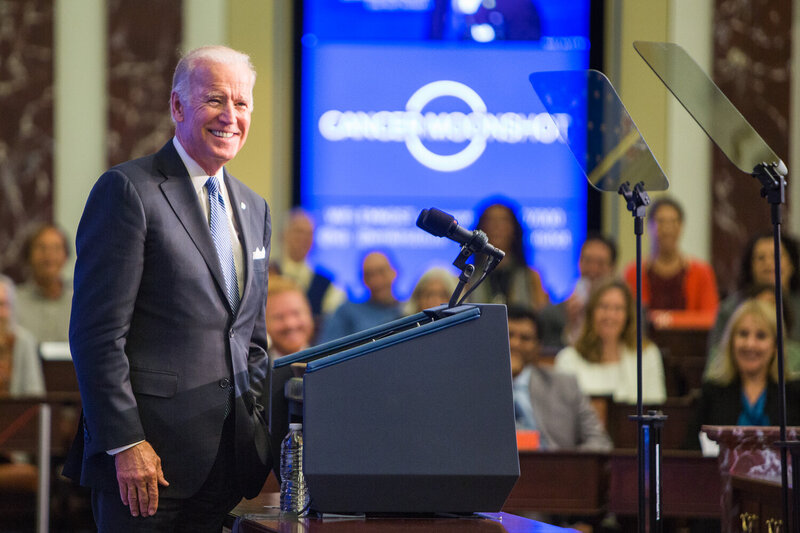 On September 29, the first US presidential debate was held, with former vice president Joe Biden and president Donald Trump squaring off to discuss their policies. For those seeking insight into the candidates’ climate action plans, the debate was uninformative, to say the least. Approximately 10 minutes of the debate were dedicated to the subject of climate change, covering topics including the deadly California forest fires, the US withdrawal from the Paris Climate accord and the Green New Deal, to name a few.

The debate should have been an opportunity to provide the American public with the information necessary to make intelligent voting decisions this November, and a chance for both candidates to win over undecided, moderate voters. Instead, it was a mostly incoherent shouting match, as President Trump incessantly heckled and interrupted Biden, who struggled to form complete sentences amidst the disturbances. By the end of the 90-minute debate, most Americans were left with unanswered questions and headaches. It was widely considered a low point for US politics by voters on both sides.

President Trump used his speaking time to put forward unsubstantiated claims about his administration’s efforts to protect America’s air and water resources, despite the fact that he has  rolled back over 100 major climate and environmental policies during his term. When asked about his belief in climate science and what he plans to do to confront the climate crisis if he is re-elected, Trump responded, “I want crystal clean water and air, I want beautiful clean air. We now have the lowest carbon… if you look at our numbers now, we are doing phenomenally.”

He proceeded to criticise the Paris Climate accord, calling it a “disaster,” and blamed the state of California for practicing poor “forest management” (which he claims is the reason for the deadly wildfires displacing hundreds of thousands across the state). Finally, he defended his decisions to roll back the Clean Power Plan, a policy instituted during the Obama-Biden administration that sought to reduce carbon emissions from coal plants, major contributors to global warming and the climate crisis, as well as his decision to relax fuel economy standards, stating that these regulations make a “tiny difference.”

Trump’s true beliefs about the legitimacy of climate science are difficult to discern. Over the course of his presidency, he has repeatedly referred to climate change as “mythical,” and “a hoax.” He stated recently in a discussion with California officials, “I don’t think science knows,” when pressed to acknowledge the effects of global warming on California’s wildfires, asserting that eventually the Earth will simply “get cooler.” In the presidential debate, responding to the moderator’s question about his belief in the science of the climate crisis and the effect of human pollution on global warming, Trump stated that he believes human pollution affects the climate “to an extent,” before directing the conversation back to his criticisms of California’s forest management.

Rather than putting forth his own proposals for climate action, Trump’s strategy for the debate was to delegitimise Biden’s climate plan. The moderator laid out the objectives of the Biden Plan, which include the creation of millions of high-paying green jobs, increased limits on fracking, ending the use of fossil fuels to generate electricity by 2035 and zero net emissions by 2050.

Biden made a number of ambitious assertions, including his promise to bring down the cost of renewable energy so low that “nobody is going to build another coal- or oil-fired plant in America, they’re going to move to renewable energy.” But perhaps his most consequential statement was his official rejection of the Green New Deal (GND), an ambitious proposal spearheaded by Rep. Alexandria Ocasio-Cortez and other progressive policy makers and climate activists, which sets goals for drastic measures to cut carbon emissions across the US. The GND is favoured by many liberal voters, particularly young progressives who supported democratic socialist candidate Senator Bernie Sanders and progressive candidate Elizabeth Warren in the primary elections, and have been reluctant to extend their support to democratic nominee Joe Biden. However, the GND is seen by conservatives and many moderate voters as too “radical.” Biden is tasked with the challenge of maintaining the support of those on the far left who want to see immediate and extreme measures taken to combat the climate crisis, as well as those in the center who worry about the effects such a drastic plan will have on the economy.

This official rejection came in response to a barrage of interruptions and insults by President Trump, who accused Biden of supporting a “radical left” plan that would cost $100 trillion (a number determined by a right wing policy group). “No, I don’t support the Green New Deal… I support the Biden Plan that I have just put forward, which is different from what [Trump] calls the radical Green New Deal,” Biden responded, simultaneously distancing himself from progressive policy makers on the far left while promoting an ambitious climate plan that still draws inspiration from the GND.

It is unclear how voters will respond to Biden’s bold rejection of the Green New Deal come the November election, or whether Trump’s decision not to put forth any comprehensive climate action plan at all during the debate will have an effect on his re-election prospects. What is clear, is that the topic of the climate crisis is officially at the forefront of American politics in a way that has never been seen before, and that there is a growing consensus in the US that this is a serious problem which requires action.

A recent poll by Climate Nexus, the Yale Program on Climate Change Communication, and the George Mason University Center for Climate Change Communication, shows that the political landscape among voters appears to be shifting. Seven in ten US voters support government action to address the climate crisis – and young Republicans are less accepting of their party’s inaction.

Trump’s own admission that global warming is human-induced (even if he believes only “to an extent”), is important because it demonstrates a broader cultural shift in the American public’s view on climate change. It is increasingly becoming more difficult to ignore the science, and even fervent skeptics and deniers are reconciling with the unfortunate truth that our actions have consequences.