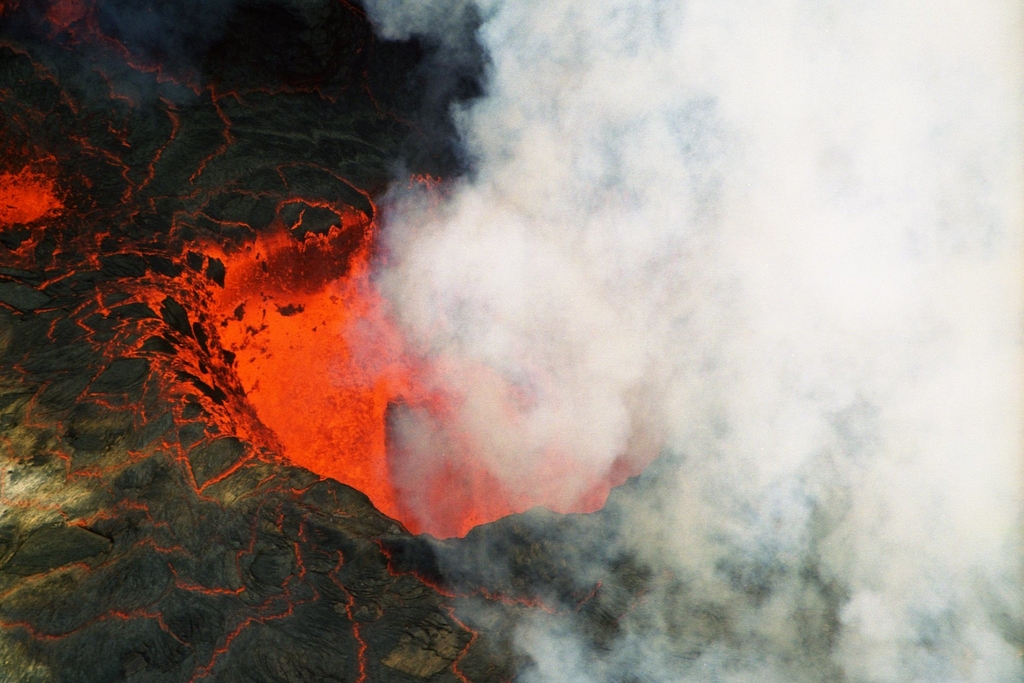 New research suggests that the volcano eruptions of the Kīlauea volcano in Hawaii in 2018 were triggered by anomalously high rainfall in the preceding months. Researchers say this finding raises the possibility that the climate crisis could lead to an increase in volcano eruptions around the world.

Published in the journal, Nature, the May 2018 rift intrusion and eruption of Kīlauea Volcano represented one of its most extraordinary eruptive sequences in at least 200 years, but the trigger wasn’t known until recently.

On April 30, seismic activity was observed, ultimately resulting in a fissure eruption on May 3, followed the next day by a magnitude-6.9 earthquake.

Several months of unusually high rainfall preceded the eruption; on April 14-15, 1.26m of rain fell on Kauai Island- a record for not only Hawaii but for the entire United States. This influx of water would have percolated down into fissures and pores in the rocks of the volcano, 2.9km below the surface.

The researchers say that this pushed up the pore pressure inside the rocks to the highest level in almost 50 years, weakening them and allowing magma to push up from below. They ruled out magma pressure from below triggering the eruption, because the surface had barely deformed, as well as the gravitational pull of the sun and moon, which can trigger eruptions.

The report also looked at eruptions of the volcano since 1790 and found that these historical events were twice as likely to happen in the rainy season. Rain has been linked to shallow eruptions in the past, such as at Mount St Helens in 1980, but this is the first time an impact at depth has been found.

Rainfall can also interact with hot volcanic lava domes, causing gravitational dome collapse, explosions and the generation of lahars (mudflows on the slopes of volcanoes) and other flow phenomena.

Jamie Farquharson, the lead author of the research, says, “As our climate continues to change, the occurrences of prolonged periods of extreme rainfall is predicted to increase in many parts of the world, increasing the potential for rainfall-triggered volcanic phenomena.”

He says that rainfall could now be another factor taken into account when assessing the risk of a volcano erupting.