Colorifix: How This Company Is Using Bacteria to Green the Fashion Industry 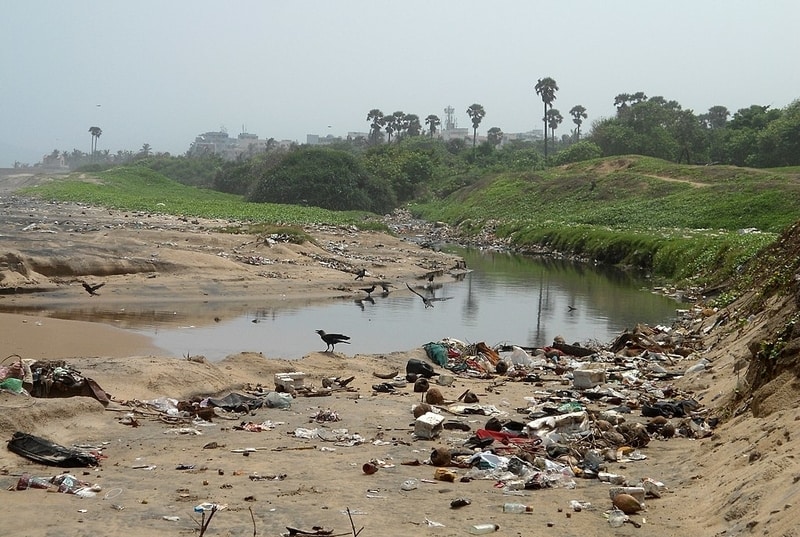 Startup company Colorifix has created a sustainable dyeing process that offers a solution to current harmful industrial dyeing practices used by the fashion industry. The scientists behind the technology believe that this will help generate a greener, more sustainable society and improve fashion’s water pollution problem.

In 2013, a team of Cambridge University scientists visited Nepal’s Kathmandu Valley to explore the region’s waters and trial run a device that measures water pollution.

After speaking to local people, who are reliant on the contaminated streams and rivers for their water supply, and conducting several analyses, the scientists discovered the culprit behind the polluted water: waste from textile factories.

“We were shocked,” said Orr Yarkoni, one of the researchers of the investigation. Being one of the most water-abundant countries in the world, Nepal also has extensive water pollution, which makes its way into the clean water supply. In fact, more than 85% of the population no longer has access to safe drinking water.

Yarkoni explained that the technology also uses close to 90% less water and nearly 40% less energy than the conventional dyeing process.

The breakthrough finding offers a promising solution to the textile industry’s vast use of toxic dyes and pollutants that are harming the planet and its most vulnerable inhabitants.

In 1856, William Henry Perkin discovered the first synthetic dye. While trying to produce quinine, a substance used to treat malaria, Perkin created a vivid purple substance which easily transferred onto cloth. This discovery revolutionised fashion, however it coincided with an array of environmental problems that persist today.

The dyeing industry uses more than 8 000 chemicals to colour garments- including sulfur, arsenic and formaldehyde- all of which are detrimental to wildlife and human health.

Due to weak regulation enforcement in less developed countries across Asia, where most of the world’s clothes are produced, many textile manufacturers discard toxic substances directly into local waterways.

Microorganisms as a Solution

The device Yarkoni and his research team developed to test water pollution in Nepal used genetically modified bacteria that change colour when exposed to toxic chemicals. Yarkoni and his business partners decided to harness the bacteria’s colour-changing reaction to develop their dyeing innovation: Colorifix.

Based in Norwich, England, Colorifix produces dyes inspired by ‘nature’s blueprints’. The company is in a laboratory, where the bacteria reproduce and replicate the DNA sequence that codes for colour in an organism- rather than deriving colour dyes from plants or animals, like traditional dyeing methods do.

Using genetic code from plants, dragonflies and gorillas, for example, from scientific studies, the process leaves animals unharmed and the pigments sustainable: “we don’t like bothering animals,” Yarkoni explained.

Colorifix inserts the genetic information that directs the colour-making process into a bacterial cell, which copies itself every 25 minutes This cell is placed in a fermenting machine, where cells are able to rapidly multiply, each one making more pigment. The bacteria are nourished with sugar molasses and nitrogen by-products of the agricultural industry.

A German-Israeli firm, Algalife, is another company using biotechnology to create sustainable dyes with the help of algae.

Pili, a French startup, uses a similar fermentation process to Colorifix to generate colour. Jeremie Blache, CEO of Pili, says the process- which is still at the trial stage- is expected to use 80% less water and produce 90% less carbon emissions than conventional dye-making methods.

Yarkoni however claims that Colorifix is the only biotechnology startup that aims to transform both dye production and application- which is key to integrating the new method into society, especially the fashion industry.

Other dye innovations rely on water and chemicals to isolate pigments from bacteria, and make and apply the dye, but Colorifix places the bacteria directly onto the fabric to colour it. Once the fabric is heated, the microorganisms’ membranes burst and release the colour, which chemically binds to the fiber. The remnants of bacteria cells are then washed off, leaving a clean and coloured garment.

Another benefit of the Colorifix technology is lower transport pollution, which is an added sector fuelling the large carbon footprint of the fashion industry.

Instead of transporting copious quantities of dye, Colorifix is able to send just five grams of colour-packed bacteria to a dyehouse. Yarkoni explains the microorganism will multiply and after 10 days, the factory will have the resources to produce approximately 50 tonnes of dye solution a day.

This ‘grow your own’ approach has limitations: dyehouses will need to adapt by purchasing fermenting equipment and investing in training from Colorifix to correctly integrate the process.

Blache from Pili argues that ready-to-use pigments are far more likely to succeed due to their simple integration.

Georgia Parker, Innovation Manager at startup accelerator Fashion for Good, claims that transporting live microbes safely is another obstacle the industry faces. “There is specific legislation around the transportation of living organisms across different geographies,” Parker said. “As a dyehouse, you would need to get government signoff to import these organisms.”

Despite this, Parker believes that bacteria-based dyes will become cost effective in the long-term and will be widely implemented in the industry “in the next couple years.”

A Promising Future Beyond Greenwashing

Already in high demand, Yarkoni says Colorifix has more customers in the fashion industry than it can currently handle, and has garnered support from brands including H&M, which invested in the company in 2018 and continues to pilot the technology within its supply chain.

H&M is one of the many fast fashion brands attempting to adopt ambitious goals to reduce their environmental and chemical footprint.

Francois Souchet, who leads the Ellen Macarthur Foundation’s Make Fashion Circular initiative, explained that “increased scrutiny from policymakers” and “expectations from the consumer for better solutions” are pushing the fashion industry to become more sustainable.

Though still in the beginning stages of production, Colorifix launched its first industrial trial at a dyehouse in Portugal in July. Yarkoni says, “I truly believe that in the future, a very large proportion of our industry- if not all of it- will be based on these biological principles.”