Conch and the Wider Problem of Unsustainable Fishing 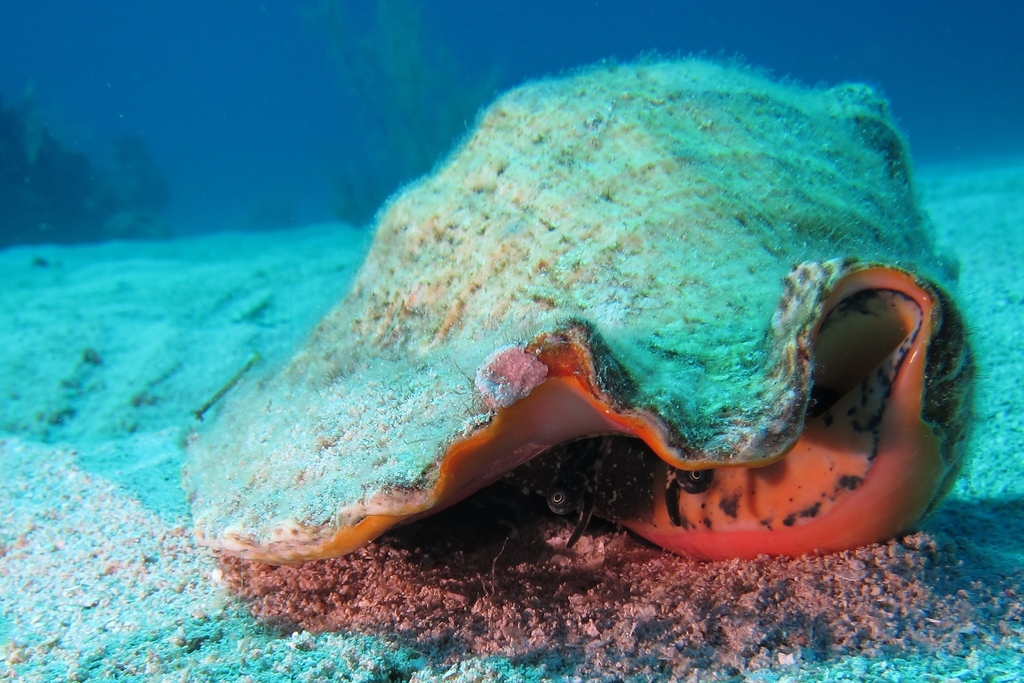 Unsustainable fishing threatens many aspects of human life, degrading ecosystems and creating socio-economic instability for many communities across the globe. The Food and Agriculture Organization of the United Nations (FAO) has predicted an 11% decline in oceanic productivity of tropical zones by 2100, a worrying notion considering the ever-growing global population and dwindling marine populations. One animal suffering from this decline is the Queen Conch, the national emblem of the Bahamas.

Currently over 53% of the world’s fisheries are being overexploited, according to World Wide Fund (WWF), due to unsustainable practices across the world. Unsustainable fishing not only affects the target catch, but also destroys habitats, alters food web dynamics and damages the seafloor, as documented by the Ocean Health Index (OHI). With over 40.3 million people across the globe currently working in capture fisheries (FAO), the decline in fish stock could put the stability of these jobs at risk.

A country hit particularly hard by unsustainable fishing is The Bahamas. Of particular concern in the last decade are the diminishing numbers of the Queen Conch, a species of mollusc that serves as an iconic centrepiece in Bahamian culture and cuisine. The conch, which can grow to 30cm and live for as long as 40 years, holds an indisputable place in the hearts of the Bahamian people.

The cultural importance of the mollusc has been evident since the Independence of the Bahamian archipelago in 1971, when it became the national emblem. Since then, conch has formed a staple in everyday life for the Bahamian people, being served in most restaurants throughout the country in fritters, burgers, stews and salads. Additionally, conch shells are often fashioned into jewellery and trinkets, providing an income for local communities in tourist hotspots.

A group study by the University of Hamburg details many interviews with locals who recall childhood memories of diving for conch with their families. Nearly 93% of those interviewed admitted to consuming conch regularly, which indicates a huge market for conch without crossing ocean lines. Statistics prove this, with the Bahamian government’s indication that 80% of all conch harvested is consumed in-country.

Financially, the conch industry brings in US$3.3 million a year for the Bahamian economy, as documented by The Bahamas National Trust. Since 1970, the demand for conch has risen from 750 tonnes a year, to over 4178 tonnes, concerning figures as populations of conch are depleting. A recent study by Allan Stoner and his colleagues found evidence of ‘collapsing populations’ of the molluscs across the Berry Islands, Andros Island and Lee Stocking Island.

The reason for conch depletion is relatively clear. From a biological standpoint, conchs reach sexual maturity at around 3-5 years of age, with a shell lip at least 15mm thick. Conchs harvested prematurely as adolescents are unable to reproduce at a rate fast enough to keep up with the unsustainable rates of fishing. With the premature deaths of adult conchs, the rate of reproductive failure is increasing. The continued abuse of this animal is threatening the livelihoods of many law-abiding fishermen. It is estimated by the National Geographic that if the conch industry was to collapse, it could result in over 9 000 Bahamian fishermen losing their jobs, nearly 3% of the country’s population.

Measures have been taken to aid in the restoration of the conch population. Currently, conchs are protected under the Convention of International Trade Of Endangered Species of Fauna and Flora (CITES), which sets guidelines to encourage the species’ recovery. These guidelines focus on limiting harvesting to licensed vessels and banning the use of scuba diving for collection. As well as this, molluscs must exhibit a ‘well-formed flaring lip’ on the shell to be legally harvested. Of course, this is highly subjective which can perhaps be to blame for the lack of success in restoring conch populations.

While there is acknowledgement that the conch is becoming a progressively scarce resource, with over 60% of Bahamian locals in Stoner’s study classifying the conch as endangered, more education is needed to inspire and push for changes in outdated, ineffective policy. Without people fighting against illegal overfishing, the problem will exacerbate, and a deeply symbolic national treasure could be lost.

Discussions are being had around the implementation of a closed conch harvesting season, which would involve set periods of the year where conch can be harvested in an attempt to allow the population adequate time to recover. Jamaica, not far from The Bahamas, has already put into force a closed season, having made the harvesting and consumption of conch illegal between March 1 2019 and January 31 2020. It is perhaps too early to determine if this has been beneficial.

However, the idea of a closed harvesting season has been met with backlash by local Bahamian fishermen. In a national survey conducted about such a proposal in August 2019, fishermen and vendors rejected the arguments for a closed season, with many saying that they will be out of work for many months of the year and that people will not wait ‘months to eat fresh conch’.

“What are they are going to do if they can’t find jobs out there during the closed season. You’re taking fishermen off the water to come on land when they got families to feed,” one fisherman said.

How to stop unsustainable fishing?

With overfishing becoming a more prominent concern in recent decades, changes to current behaviours are crucial. Community- government collaboration and public education is key to ensuring that the oceans are able to support marine life as well as economic activity for generations to come. Implementing a sustainable way of fishing must be of paramount concern, before the stacks of dumped conch shells so commonly found across the Bahamas are the only reminder of a once-booming industry.