COP26 Postponed: What Does This Mean for the Climate Crisis? 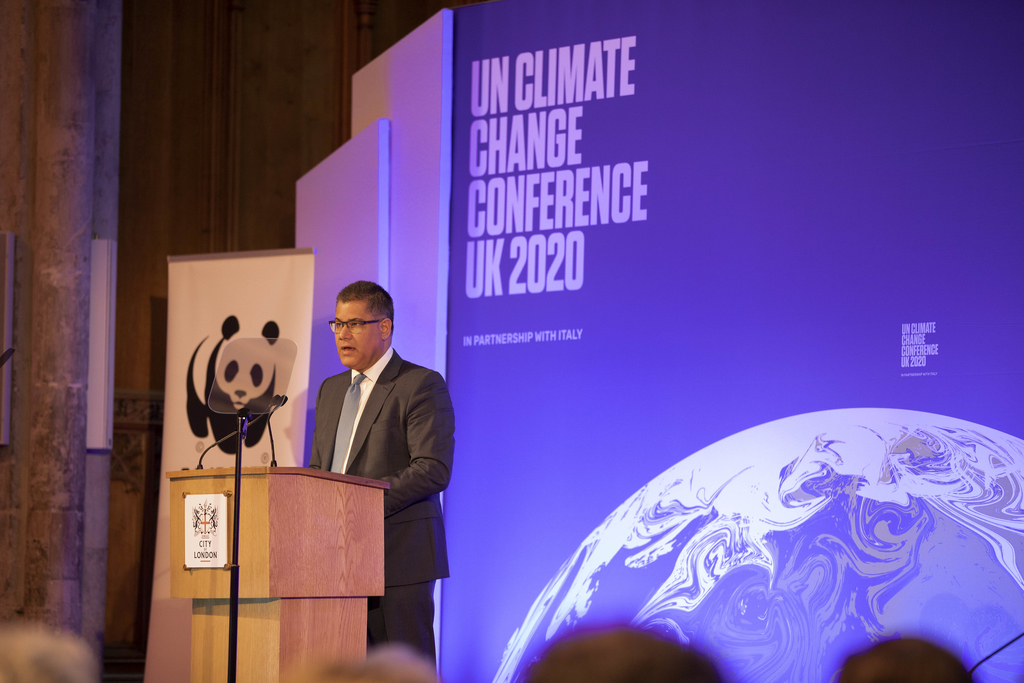 The UN climate talks, COP26, due to be held in Glasgow this November, have been postponed due to the spread of the COVID-19 pandemic. What does this mean for the fight against the climate crisis?

The COP26 talks, scheduled to put countries back on track to avoid further climate breakdown, have been postponed to 2021. A statement from the UN on April 1 confirmed that the meeting of over 26 000 attendees would be delayed until next year, and said that a new date would be announced in due course.

The UN adds that rescheduling will ensure that all parties can focus on the issues to be discussed at the conference and will allow more time for preparations.

COP26 President-Designate and Secretary of State for Business, Energy and Industrial Strategy, Alok Sharma, says, “The world is currently facing an unprecedented global challenge and countries are rightly focusing their efforts on saving lives and fighting COVID-19. That is why we have decided to reschedule COP26.”

Sharma adds, “Soon, economies will restart. This is a chance for nations to recover better, to include the most vulnerable in those plans, and a chance to shape the 21st century economy in ways that are clean, green, healthy, just, safe and more resilient.”

What Does This Mean for the Fight Against the Climate Crisis?

Despite the constant coverage of COVID-19 (rightly so), the climate crisis will not wait its turn to be the topic of conversation again. Emissions consistent with keeping global warming to 1.5 degrees Celsius will have been used up by 2030. Decisive action by governments needs to be taken now, and COP26 being postponed could hamper these efforts for another year.

Several prominent climate experts fear that delaying the talks will mean that governments will ease off on pursuing stronger commitments to fulfil the Paris goals. Already, some countries, such as the US, are taking advantage of the pandemic to further their agendas- the nation has recently rolled back regulations mandating auto companies to produce more fuel-efficient vehicles. It is difficult to see how this pandemic will affect emissions long-term.

Christiana Figueres, the UN climate chief who oversaw the Paris summit in 2015, argued for keeping Glasgow on track. While she accepts the delay, she adds, “Emissions must peak this year if we want to limit warming to 1.5C and the Paris Agreement set the COP26 summit as the moment when all countries would ramp up their targets in line with the steep emissions decline we need to see in this decisive next decade.”

One of the outcomes of the pandemic is the fall in oil prices; its cost has more than halved during the pandemic, meaning that lower energy costs should theoretically make it easier to tax carbon. Indeed, the International Monetary Fund (IMF) in 2015 said that it is more feasible to implement a levy when prices fall, as consumers are likely to be more accepting.

Unfortunately, the current situation means that governments are focused on cutting taxes, not planning new ones. In the Budget speech in the House of Commons, the UK scrapped an expected increase in fuel duty and announced investments in roads.

Although, demand shocks tend to cut global carbon emissions. The post-crisis slump in 2009 saw 31.5 gigatonnes of CO2 emitted, 0.5 gigatonnes less than the previous year. This pandemic has already seen decreases in air pollution over China, Italy and India, among others.

Investors are also still keeping their eye on the climate crisis: asset manager BlackRock outlined how it will still pressure company directors to prioritise climate and othe sustainability issues despite the pandemic.

The value of knowledge during the pandemic has become abundantly clear, The advice of epidemiologists has gone viral and doctors have been hailed as heroes. This may very well represent a turning point in the demise of experts. Hopefully, climate scientists and policy advisors will receive the same level of esteem, whereby society trusts that their advice is sound.

With any luck, this pandemic will compel governments to re-organise the way they look at aspects of everyday life, such as transport and carbon-heavy industries, to prioritise clean energy plans. This kind of cultural shift may push people to cycle or walk instead of taking public transport, for example. It is clear that we have many of the tools to make major advances in addressing the climate crisis; what is needed now is the political will to apply them.

Humanity needs a new way of thinking if it has any chance of surviving the next century.

Featured image of Alok Sharma by: Bank of England