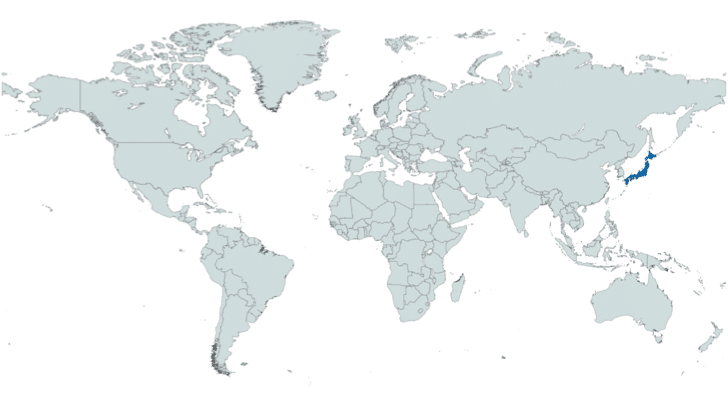 After recently announcing its updated NDC, Japan has taken on a more decisive role in the buildup to COP26. As an advanced economy with a vibrant service industry and high capacity for innovation, Japan is ideally positioned to actively lead others in the global energy transition and ambitious climate-related policy.

Japan’s original NDC to reduce emissions by 26% by 2030 was widely seen as unambitious and incompatible with the Paris Agreement’s goals. Its new commitment to achieve a 46-50% reduction is much improved, but still lags behind the targets of the world’s most ambitious actors, and to keep temperature rise below 1.5C, Japan would need to pinpoint a much higher reduction target, closer to 62%. The current NDC update also does not include detailed strategies or roadmaps to carbon neutrality by 2050, which will be necessary to assess the credibility of Japan’s ambition.

To reach any level of significant reductions, Japan will need to optimise the efficiency of its energy sector. Japan still possesses a high number of coal-powered plants, partly due to an aggressive phase-out of nuclear power following the Fukushima Daiichi Power Plant nuclear meltdown in 2011. In response to overwhelmingly negative public opinion towards nuclear energy, the Japanese government retired many nuclear power plants early, which were mostly replaced with coal power. Japan’s energy roadmap in view of 2030 needs to include a decisive termination of coal power, combined with a significant expansion of the country’s renewable energy capacity. As a wealthy country, with wealthy global allies and in possession of a strong innovation sector, Japan has the tools necessary to more forcibly implement renewables while actively phasing out fossil fuels.

Recently, Japan has expressed openness to restarting some nuclear power plants and has been more aggressive in implementing renewables. But Japan is still largely reliant on imported fossil fuels, which accounted for 88% of its energy mix in 2019. Japan has only recently embarked on the task to overturn its intensification of fossil fuel usage that began in 2011, and has invested substantial sums towards the development of its solar energy capacity and infrastructure through a series of incentives and generous feed-in tariffs. However, other promising renewable energy sources with huge potential in Japan, including wind and geothermal, have disappointingly remained underdeveloped and underfunded.

The ND-GAIN Country Index by the University of Notre Dame summarises a country’s vulnerability to climate change and other global challenges in combination with its readiness to improve resilience. The more vulnerable a country is, the lower their vulnerability score, while the more ready a country is to improve its resilience, the higher its readiness score will be, on a scale between 0 and 1. Japan’s scores are:

As an island country, Japan is exposed to several types of climate risk, yet its competent governance and economic wealth means it is also highly resilient. Per the World Bank, Japan will mainly be vulnerable to extreme storms, floods, land erosion and extreme temperatures, impacts that could cause considerable economic losses and damages to infrastructure.

Although coastal municipalities only account for about 32% of Japan’s land area, they house around 46% of Japan’s population, 47% of the country’s industrial output and 77% of its retail business. Japan’s coastlines are therefore particularly sensitive to the threat of sea level rise. Storm surges and dramatic flooding will become more commonplace, causing significant financial losses and suspension of economic activities. Osaka, one of Japan’s economic hubs and among the world’s 10 port cities most exposed to coastal flooding, is projected to suffer nearly USD$1 trillion in losses due to coastal flooding by 2070.

Travel and tourism, being one of the major industries in Japan, accounted for 7.5% of the country’s total GDP in 2019. Per the WWF, Japan is experiencing an increase of temperature and number of hot days, which implies that tourism, especially cold weather-dependent and highly profitable winter tourism, will be affected. Increases in temperature will give rise to typhoons and storms which could also severely damage the travel and tourism industry by limiting movement and accessibility throughout the country.

In addition to financial losses, temperature rise and extreme heatwaves could be a substantial burden on the Japanese medical system. The health risks of higher temperatures and longer, more frequent heatwaves in Japan are exacerbated by the country’s large elderly population, an age group which is substantially more at risk from these impacts. According to Japan’s official statistics, the number of deaths from heat illness has reached up to over 1 700 cases in 2010 during one particularly intense heatwave. Outbreaks of epidemic diseases, such as dengue fever, are also tied to warmer temperatures, and Japan could become an ideal breeding spot for these highly contagious illnesses.

The Japanese government has put forward a target for its energy mix to be made up of at least 50-60% renewable energy by 2050. To distance itself from fossil fuels, the government had previously intended to scale up its capacity for nuclear power, however, the Fukushima nuclear incident in 2011 scrapped these plans, and fossil fuel usage subsequently increased to new highs, at around 90%. In line with the Japanese government’s new target, the proportion of low-carbon and renewable energy is expected to rise in the coming years. According to the Japanese government’s 2030 energy roadmap, the country’s energy mix in 2030 will be made up of 20% – 22% nuclear power and 22% – 24% renewable energy. Hydroelectric power is expected to be the second most utilised energy source by 2030, with a proportion of 8.8% – 9.2% of the total energy mix.

In Japanese urban areas, owing to their generally high population density, congestion during peak traffic hours can be severe and the expense of owning and driving a car is relatively high. Therefore, many travellers opt to use Japan’s extensive railway and public transit system, which covers the entire country and is popular amongst riders. Bicycling is also a widely used transportation method in Japan, thanks to well-developed infrastructures in cities to support bicycle users.

Japan is one of the key players in the automobile market. In order to comply with the global carbon reduction goal and incentivise Japanese automakers to lead the world in the electric vehicle sector, the Japanese government has announced several policies to support EV manufacturers, for example investing a total of USD$47 billion between 2016 and 2021 towards battery storage technologies, and providing electric car purchase subsidies to trigger demand.

In 2020, the Aichi Biodiversity Targets were launched to expand how much of Japan’s area was to be protected, while the 2007 Satoyama Initiative highlighted sustainable agriculture and wildlife conservation practices to be employed. Japan has also worked together with 50 other countries as a member of the High Ambition Coalition (HAC) which has committed itself to protect at least 30% of land and ocean spaces by 2030.

In 1973, when the Act on Welfare and Management of Animals was enforced, people started to recognise that animals could feel pain and stress as well. The act stated that animal owners would have the responsibility to care for their animals for the duration of their lives. The act was designed to be reviewed every 5 years, and gives restricted protection to a limited category of animals. Most animal welfare legislation in Japan has been targeted at companion and wildlife animals. For other groupings, however, including farm animals, strays and animals held in captivity, there is a relative dearth of legislation specific to welfare needs.

Overall, Japan’s air quality is better than that of similarly wealthy countries. There are two dominant local sources of air pollution, namely vehicle emissions and industrial production activities. Under the 1968 Air Pollution Control Act, standards of vehicles’ pollutant emission are enforced depending on the type of vehicle, with smaller private vehicles being subjected to more intensive regulations. Automobile fuel quality and efficiency are also under regulations meant to cut down pollutant emissions from the transportation sector. When it comes to industrial emissions, the polluting entity is required to report the structure and planned usage of the industry plant to the government before operation. Standards would then be implemented accordingly and the plant would otherwise be suspended if it violated the requirements.