What COVID-19 Should Teach Us About Social Equality 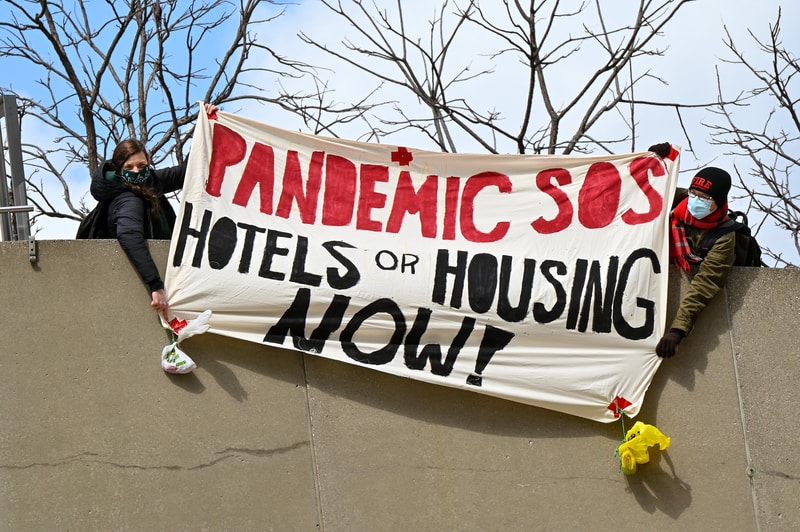 While this pandemic has forced much of the world to self-isolate inside their homes, this is simply not possible for many people. While the wealthier population is able to isolate, have goods and amenities delivered to their households and work remotely or not work at all, poorer residents who live in densely populated neighbourhoods cannot do the same. A report by the World Bank says that inhabitants of such areas are at a higher risk of being in contact with the COVID-19 virus, which illustrates the importance of addressing social equality post-virus. How do we avoid such hotspots from forming in future crises?

In places such as Africa and South and Central Asia, dense cities face a mammoth challenge during this pandemic due to their inadequate infrastructure and insufficient medical and financial resources. As many of these vulnerable populations live in informal settlements, these poor living standards restrict the inhabitants’ ability to practice proper hygiene, compelling them to use crowded public facilities (such as public bathrooms) and increasing their chances of contracting and spreading the virus. While inequality exists on a global scale and developing countries certainly face a greater challenge during this crisis, we must also acknowledge the inequalities that exist within western societies.

According to a report published by Public Health England, people belonging to Black and Asian ethnic groups face higher death rates from COVID-19 than people from White ethnic groups. There is a complex relationship between ethnicity and health, with multiple factors affecting it. Firstly, ethnic minorities have a higher chance of spreading and getting infected by the virus as they are more likely to live in urban, overcrowded, and/or deprived areas, and have jobs, such as in retail and manual labour that cannot be moved online, that put them at a higher risk. Secondly, they are also at risk of poorer outcomes after acquiring the infection due to higher chances of pre-existing health conditions in certain groups. For example, data suggests that type II diabetes is more prevalent within BAME (Black, Asian and Minority Ethnic) communities.

You might also like: Op-Ed: Locust Swarms in East Africa Show the Interaction Between the Climate Crisis and Armed Conflict

Due to these structural inequalities, we see not only different social conditions, but also different environmental conditions present within certain communities. According to a recent Harvard study, individuals who have experienced long-term exposure to fine particulates of air pollution face a higher rate of mortality if infected by COVID-19. There is an undeniable link between race and class, a claim repeatedly supported by the American Psychological Association and many others studies. Unfortunately, ‘environmental regulations in countries are not colour blind’ and some communities are more exposed to air pollution than others due to inadequate political and economic power. The concept of ‘NIMBY’ (Not in My Backyard) allows wealthier communities to refuse the construction of industrial sites in their neighbourhood. For example, in 2007, Surrey, an affluent neighbourhood on the outskirts of London was able to successfully oppose the conversion of a large residential property into a support centre for wounded British soldiers on the basis of increased traffic, noise, and terrorism.  However, lower-wealth communities of colour do not have the same power and a strong enough voice to do the same.

All these socio-economic and environmental factors lead to the formation of hotspots during crises such as this one. Therefore, it is important to better manage our infrastructure and our relationship with nature to prevent it from happening in future pandemics.

One way we can do this is by ensuring that governments focus on these key factors that contribute to the spread of diseases and other public health risks caused by inadequate infrastructure and lack of public services. It is critical to fund operations with people-based approaches that focus on slum upgrading and neighbourhood improvement to lower the level of inequality and ensure that everyone has access to basic hygiene services to lessen the risk of contagion in the future and also create a more socially inclusive society.

Another way to improve our relationship with nature is to focus on the expansion of renewable energy as part of recovery plans post-COVID-19. As economies have taken major hits due to the pandemic, how we rebuild them is important. Clean energy can address some of the conditions that make people more vulnerable to respiratory diseases, like air pollution. Although it comes at a great health and environmental cost, nearly half the world relies on polluting fuels for basic household duties such as cooking. Each year, 3.8 million people die prematurely from exposure to harmful fumes and the promotion and deployment of clean fuels would improve this. Renewable energy can also help fuel economic recovery in the aftermath of this pandemic. Not only would investing in green energy create jobs, it would also boost local economies by creating off-grid and decentralised energy systems that can help small local businesses succeed. Furthermore, in regions where electricity grids may be unreliable, clean energy may fill this gap. Studies have shown that switching to renewable energy in the coming years would actually save money for countries in the MENA (Middle East and North Africa) region.

COVID-19 has separated the haves from the have-nots, illustrating the true extent of the lack of equality faced by many. Therefore, to both mitigate the spread of COVID-19 and to avoid future pandemics and crises from escalating, it is important to focus on creating more equality in society where everyone has access to basic services, as well as invest in affordable renewable energies to improve health and living standards.