As temperatures rise, an uptick in natural disasters has been observed. Landslides and floods are multiplying, and while hurricanes are projected to occur less frequently, their strength is expected to increase. These events will also be seen in areas that were previously unaffected by such events, where lack of prevention will lead to more damage. Over the last 120 years, the cost incurred by natural disasters has blown to extreme proportions, as shown below. 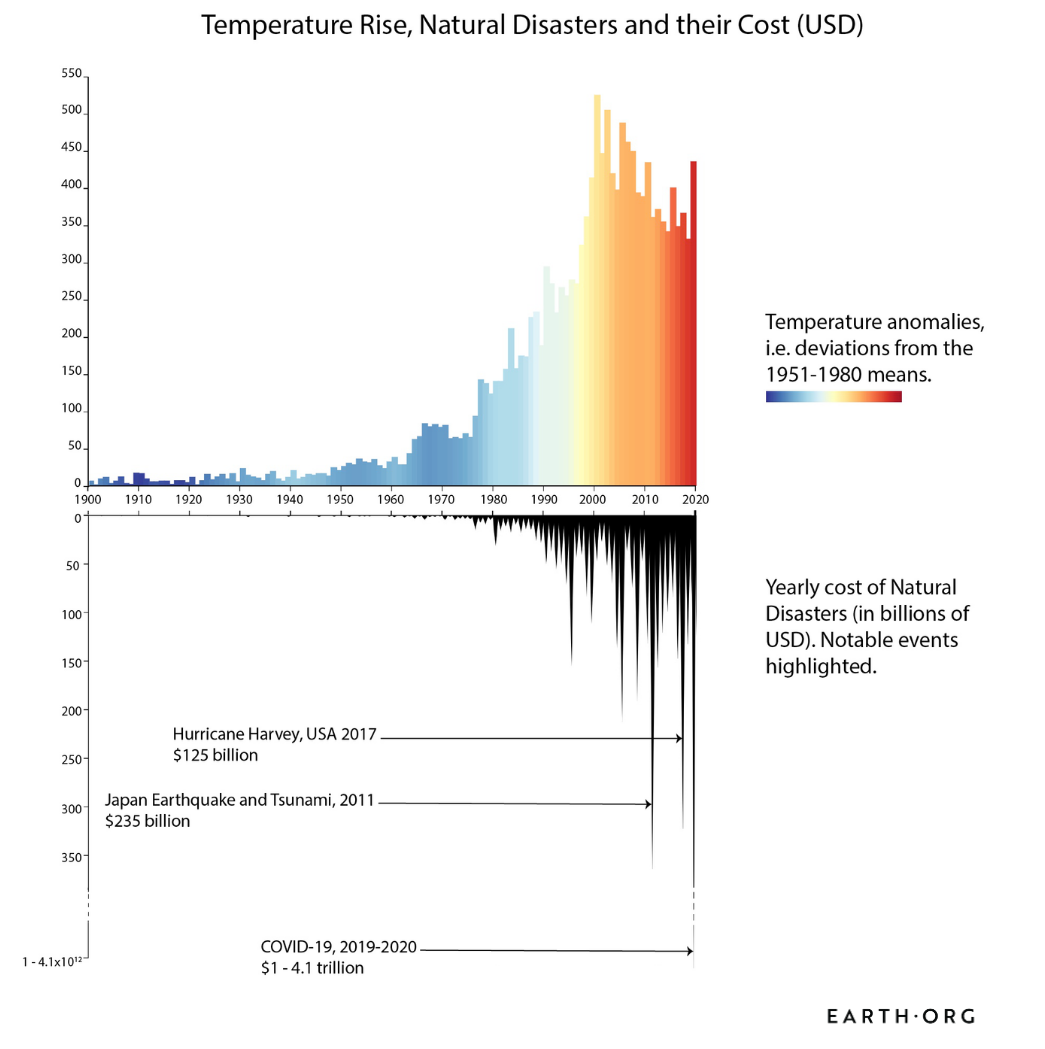 Earth.Org consulted the em-dat database to determine the cost of natural disasters, and the relationship between temperature rise and their frequency.

You might also like: The Climate Crisis May Kickstart an El Niño System in the Indian Ocean for the First Time in Over 20 000 Years

References for the Cost of Natural Disasters