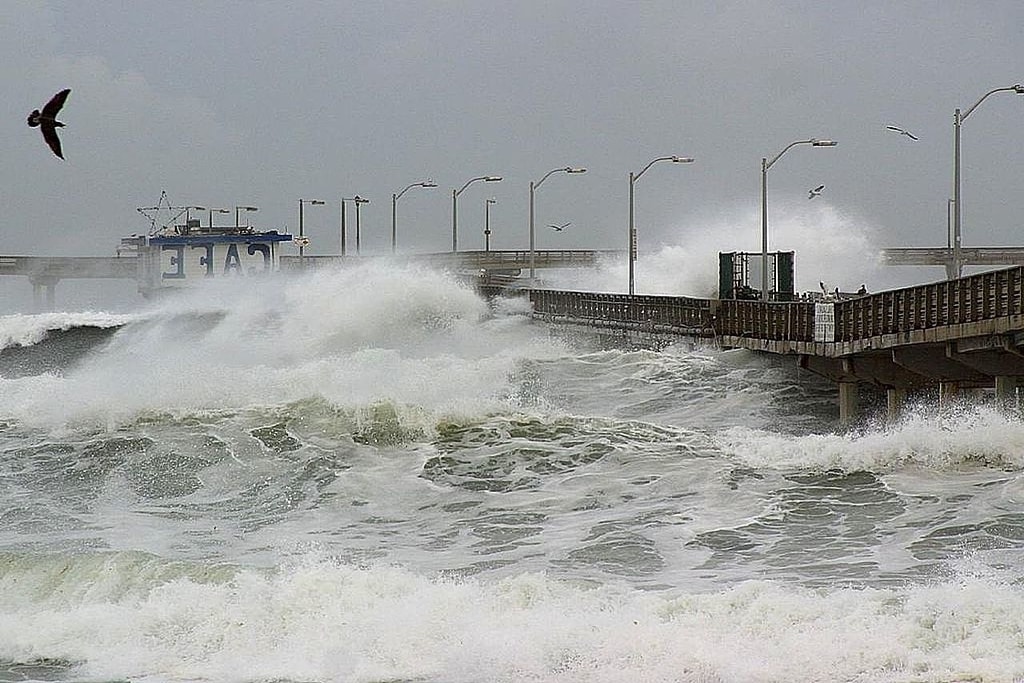 New research shows that warming temperatures in the Indian Ocean could lead to the return of an ancient El Niño- style system not seen since the Ice Age that may increase storms, floods and droughts that occur around the Indian Ocean, impacting vulnerable regions already threatened by the climate crisis.

The study, published in Science Advances, shows that small surface temperature increases in the Indian Ocean could see its associated weather patterns start to match the El Niño patterns currently seen over the Pacific Ocean, as soon as 2050. This matches up with how winds and rainfall used to affect the region during the last ice age, at least 21 000 years ago. This threatens some of the people that are already at extreme risk from the climate crisis, across Africa, Asia and Australia.

Pedro DiNezio, one of the lead authors of the study, says, “Our research shows that raising or lowering the average global temperature just a few degrees triggers the Indian Ocean to operate exactly the same as the other tropical oceans, with less uniform surface temperatures across the equator, more variable climate, and with its own El Niño.”

The Indian Ocean Dipole and the Australia Fires

El Niño is a weather system characterised by unusually warm water in the Pacific Ocean off the coast of Peru and Ecuador. It is linked to droughts in Australia and heavy rains in South America and is exacerbated by the climate crisis.

The researchers analysed 36 different climate models, picking out the ones that matched current weather conditions most accurately. These models were then used to examine how further warming might change the meteorological conditions around the Indian Ocean.

Currently, the Indian Ocean sees little change in temperature year-on-year; the west-to-east winds tend to keep conditions stable. However, the models show that the climate crisis may reverse these winds, completely altering weather patterns in the region. The study shows that the rising temperatures of today are affecting the Indian Ocean in a similar way as the glaciers did tens of thousands of years ago.

This could lead to increased flooding in some areas to longer dry spells in others, affecting massive parts of the world already feeling the effects of the crisis, as seen recently with the bushfires in Australia.

These studies are valuable in showing the future impacts of human activity on the planet, and allow countries to plan to a certain extent, however in many countries, there simply are not enough resources to plan for the climate crisis in a meaningful way.

DiNezio says, “We are certain that the risks of these extreme events are becoming larger and larger as we pump more CO2 into the atmosphere, and certainly going to have an unequal impact on countries in the tropics.”