Nineteen of the twenty hottest years on record have occurred since 2001, not including 2020 which is on track to top the list. Research has found that mean annual temperatures (MAT) above 29°C, currently found in 0.8% of the world, could affect up to one third of the world’s population by 2070. The majority of Brazil’s Amazonian rainforest and its denizens, human or animal, could become exposed to extreme heat.

Summers in Brazil can bring heat as high as 43°C accompanied by high humidity, a combination which already pushes the limits of human tolerance. Around february last year, a powerful heatwave enveloped southeastern Brazil and Australia, bringing a 42°C peak to Rio de Janeiro where temperatures rarely exceed 31°C. The El Niño/Southern Oscillation cycle prevented cold fronts from cooling the country down in 2019, and resulting droughts have persisted since.

This extreme heat may become the new norm, according to a study published in PNAS earlier this year (Xu et al. 2020). A mean annual temperature (MAT) greater than 29°C is only found on 0.8% of our planet’s land area today, mainly in the Sahara, and can be considered too hot to live in. The authors of the study predict that up to 3 billion people could find themselves living in places with MATs >29°C by 2070 in a business-as-usual scenario. Because climate change operates on a ~40 year time lag, this means we only have a decade to drastically change our ways before locking in such a bleak scenario.

Based on the study’s data, Earth.Org has mapped the parts of Brazil that could experience MATs above 29°C. 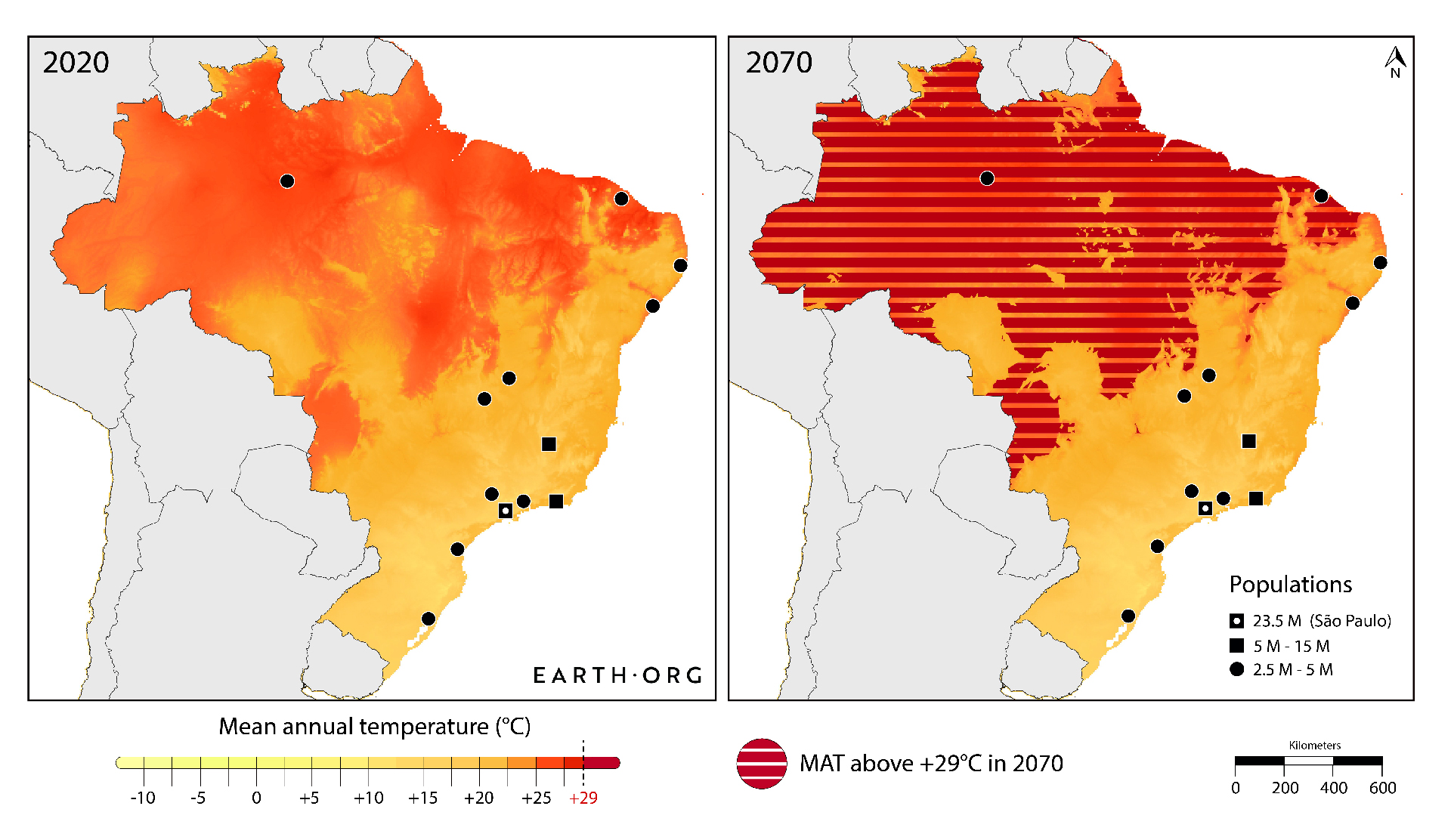 610,765 km² have been lost in the Brazilian Amazon rainforest between 1970 and 2018. This equates to 34.86 km² a day, or 3.4 soccer fields a minute for the past 48 years. Overall, between 15% and 17% of the Amazon rainforest has been lost. There is no consensus among scientists, but If this reaches 20-40%, we could reach a tipping point where there won’t be enough trees cycling moisture through the forest. This will cause the rainforest to dry out and degrade into a dry brush type of environment, comparatively barren to its current ecological wealth.

Inhabitants of the rainforest

The lone city in the “danger zone” is Manaus, the largest city in the Amazonas with over 2 million inhabitants. For the indigenous tribes of Brazil, 98.5% of the land that has put aside for them is within the rainforest, and mostly in the predicted zone of Sahara-like temperatures. 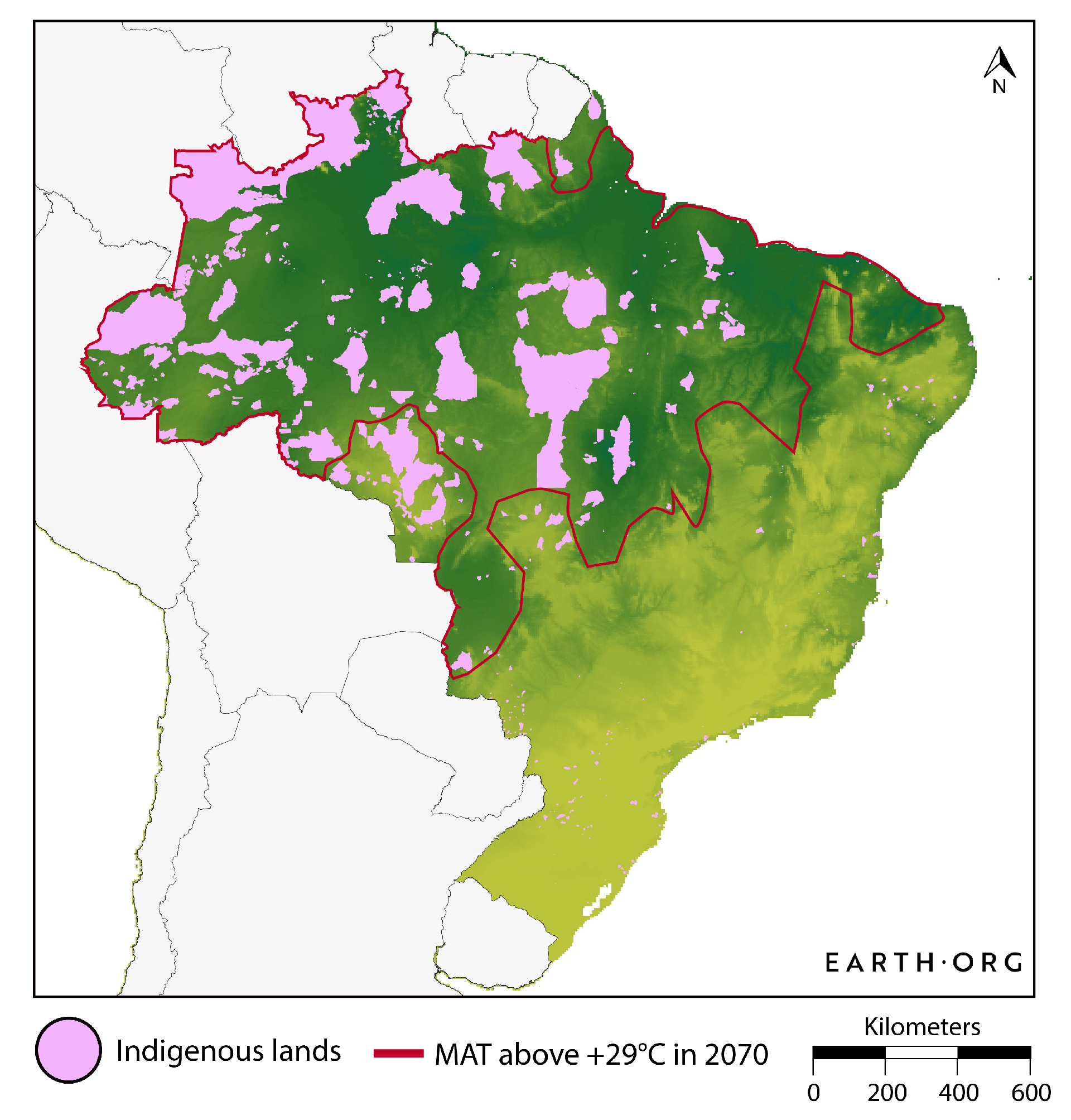 The rainforest is drying out, and its relative humidity may fall drastically by 2070, thus making the extreme heat less dangerous. Unfortunately, this would spell the death of the rainforest, leading to fundamental changes in the world’s weather and an unimaginable amount of carbon emissions.