Aerosols are everywhere. Every time you take a breath, you inhale millions of solid particles and liquid droplets that come from natural and anthropogenic sources. Examples of natural aerosols include dust, sea salt and mist, whereas the predominant human-emitted aerosol is black carbon.

Aerosols help cool the planet by reflecting sunlight back into space. Sea salt is particularly effective at this task with high reflectance indices. They also help droplets form, thus allowing their condensation into clouds which further help reflect sunlight. While these mechanisms are important regulators of the climate, excess carbon released by human activity is also very harmful to our health. 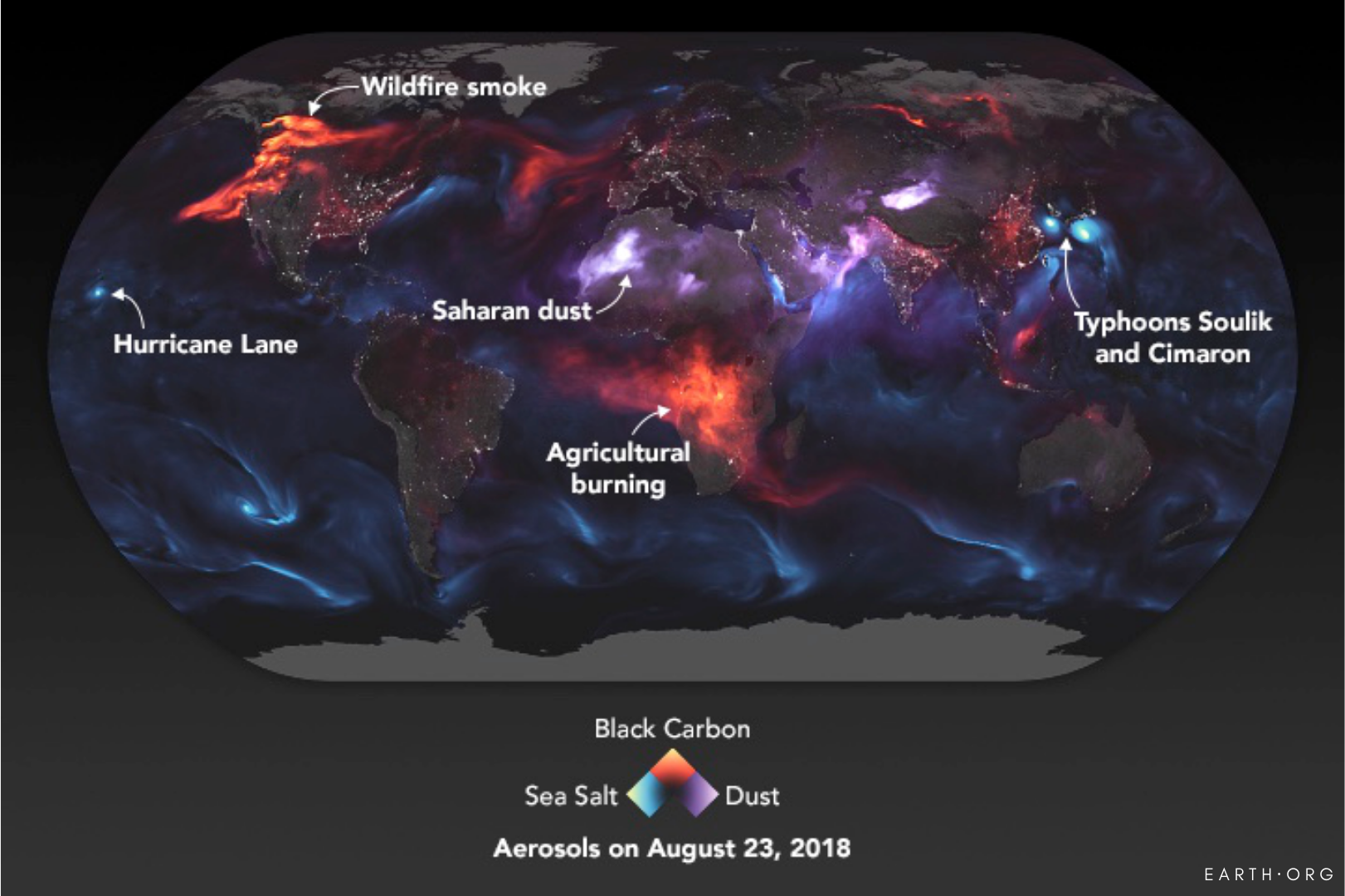 In south-east Asia, large amounts of sea-salt were emitted by the twin typhoons Soulik and Cimaron, which threatened South Korea and Japan. Swaths of Saharan sand reach as far as Pakistan and India, and traces of carbon are concentrated over agglomerations. 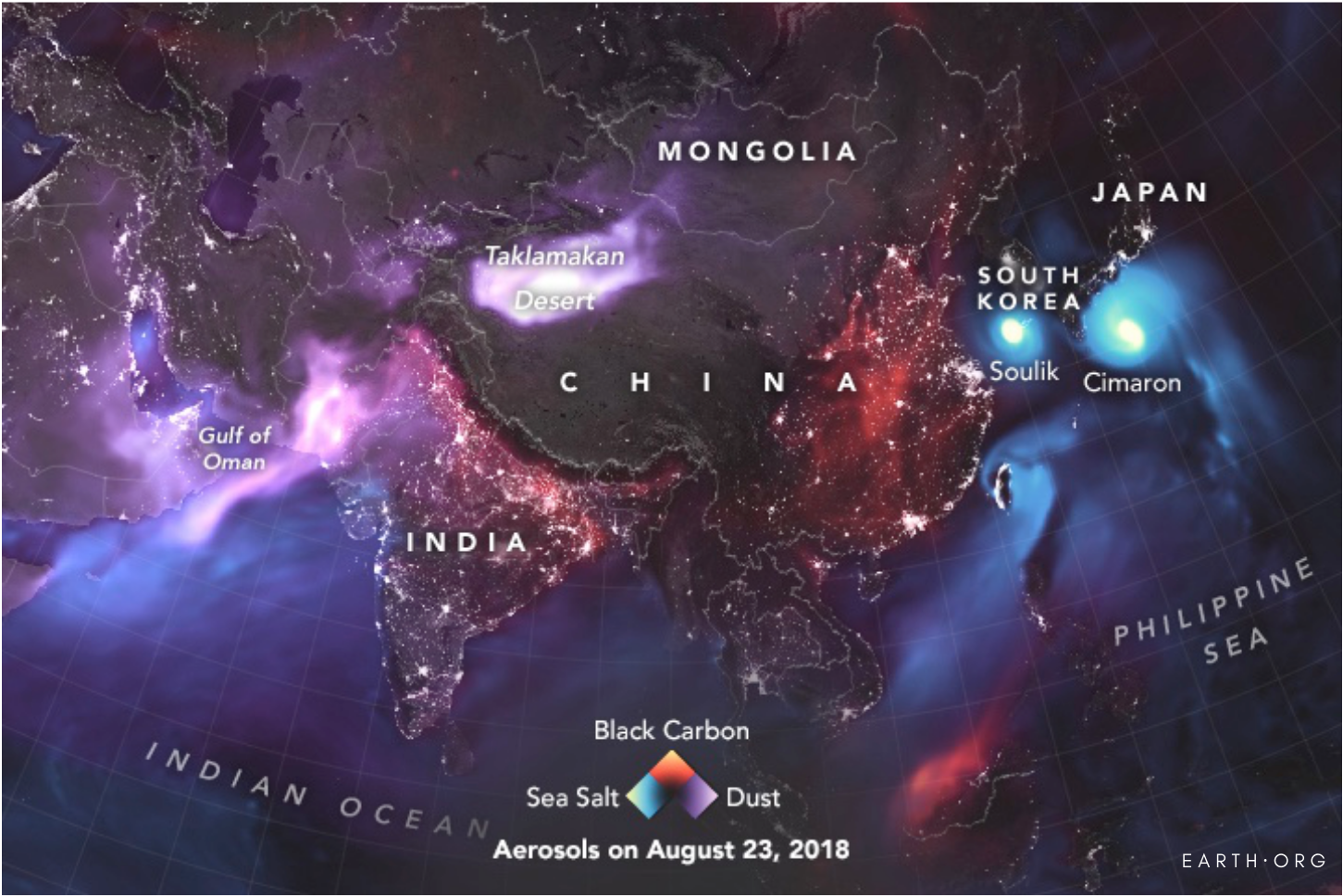