The Spanish Flu was one of the deadliest influenza epidemics in human history with an estimated 50-100 million victims. Earth.Org walks you through the four waves of infection that occurred between 1918 and 1920.

The first reported case is at Camp Funston (a major military camp) in Kansas, United States, from which it spread to other military camps around the US. The troops then traveled and brought the flu over the Atlantic Ocean, where it first reached France and the Western Front Countries (Germany, Belgium, Luxembourg and Switzerland). It continued to spread from there to Eastern Europe and North Africa.

The virus reached Japan a month after it entered the Western Front, quickyl spreading to the Japanese colonies of Taiwan and Korea before reaching British India, which supplied a lot of personnel to Great Britain during the War. Population densities in India helped transmission and turned Bombay (Mumbai) into an epicenter for the Flu. Australia later became exposed to the flu when overseas servicemen returned home.

If you are wondering why this seemingly international event was dubbed the Spanish Flu, this is because most countries attempted to keep news of its spread quiet to avoid mass hysteria. Spain was the first country to openly admit the gravity of the situation. 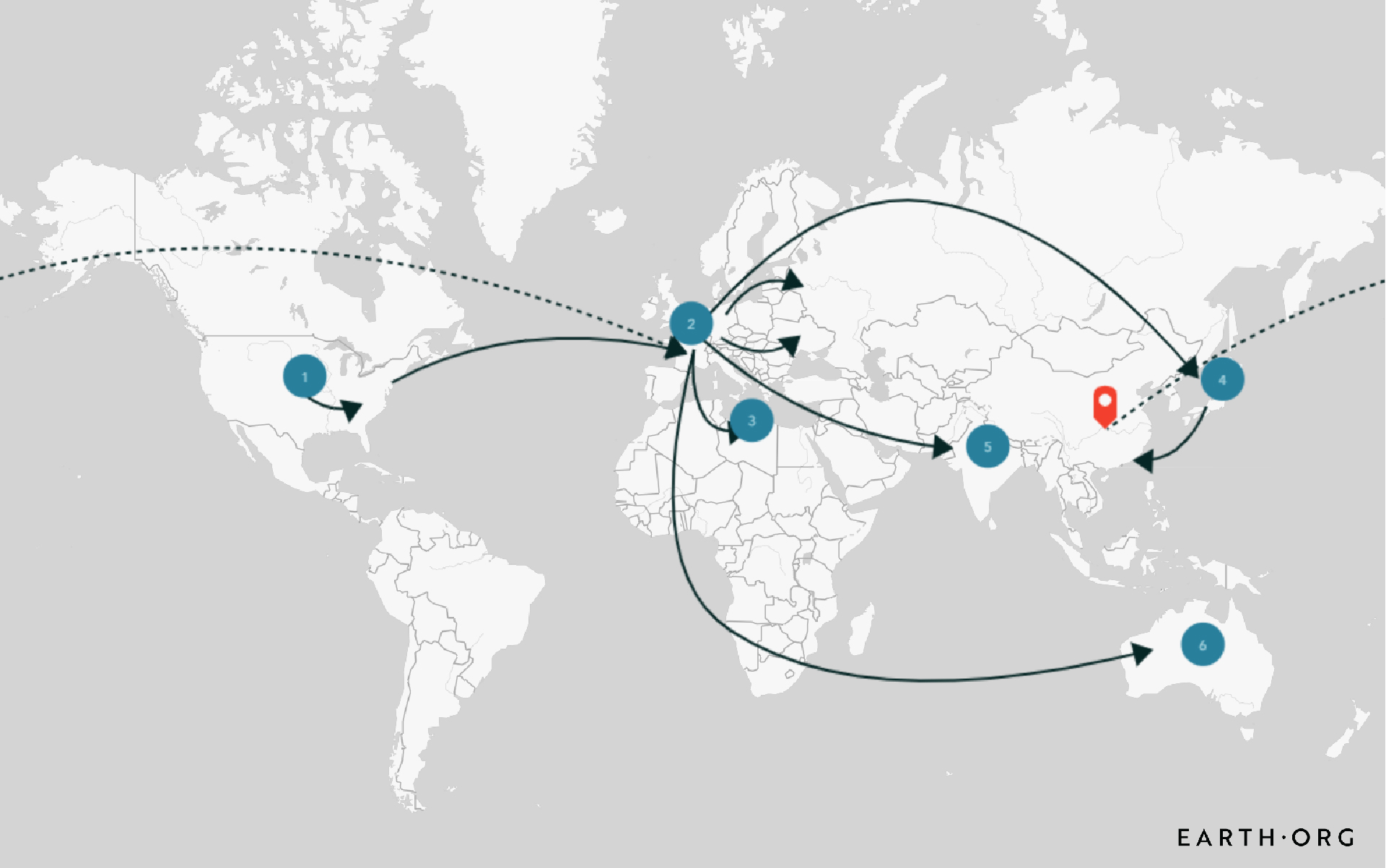 It is also suggested that the Spanish Flu originated from China (red point), where laborers were shipped across Canada to serve Britain and France on the Western Front during WWI.

The first reported case is at a naval base in Brest, France, where military personnel from different countries gathered, bringing the mutated strain of the flu with them.

Almost simultaneously, it spread to US military camps, first in Boston, then to other camps in the US. The rest of North America, Central America, and South America were hit, including Brazil and the Caribbean region.

From France, it also spread to Freetown, Sierra Leone, from which it hopped through the rest of the African Continent along the coast, rivers, and railways. South Africa was also another source of an outbreak where the flu was carried along the river Zambezi into Ethiopia.

In Russia, the Allied Intervention brought the flu to Arkhangelsk, Russia, from which the flu spread from southwest to northeast within Russia. The Russian Civil War and the Trans-Siberian railway aided the spread of the flu throughout Asia, including Iran, India, China, and Japan. 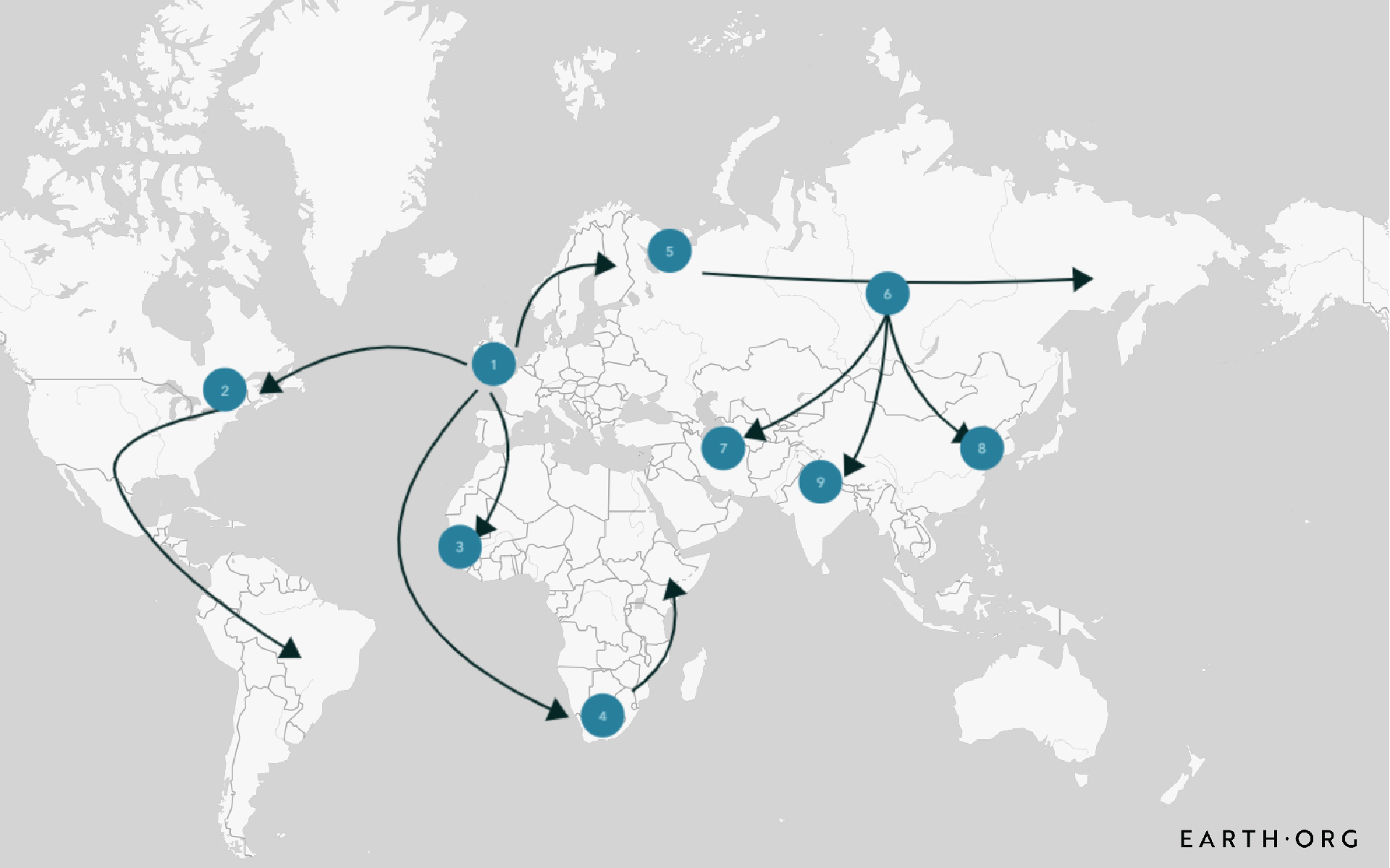 There is also a suggestion that the second wave started in Liberia, or in Boston. 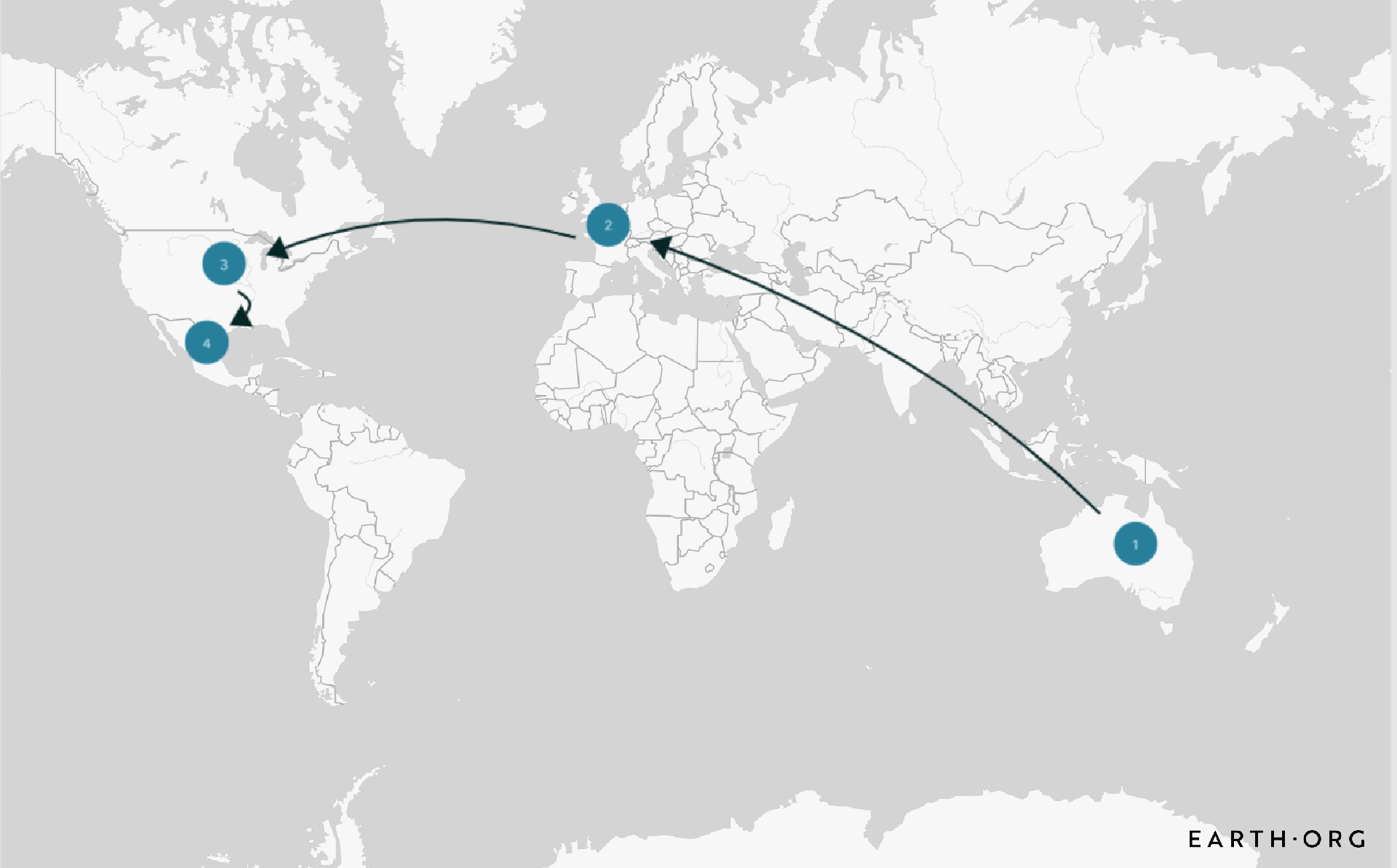 The third wave began in Australia, from which it spread to Europe, mainly affecting Serbia, France, and Great Britain this time. At that time, US President Woodrow Wilson fell ill while working in Europe on post-war issues. There were also isolated outbreaks in US cities such as Los Angeles, New York City, San Francisco, and more. The virus then spread down to Mexico. While mortality was still high, the third wave was much less deadly than the second wave.

After the three main waves, a few minor outbreaks occurred. Interestingly, mitigation measures were very similar to those for Covid-19: face masks, social distancing and confinement.