Mosquitoes’ ability to carry and transmit disease to humans makes them one of the deadliest species on the planet. Dengue and Yellow Fever, both spread by the Aedes genus, put 3.9 billion people in 129 countries at risk.  Mosquito ranges are likely to grow as a result of climate change and public health services must be prepared.

These diseases can create a significant burden, stunting economic growth in poorer regions. While Malaria does not currently have a vaccine, Dengue and Yellow Fever do, so lack of access to medical help is one of the main factors in disease vulnerability. However, if these diseases become common in places where vaccines will be accessible, the cost of production and distribution will be significant. The Aedes mosquito, carrier of Dengue, Yellow Fever, Chikungunya and Zika, is already present in the southern regions of the USA due to climate change (black circle, figure 1).

The incidence of Aedes-borne viruses in the US is currently very low, with most cases coming from Puerto Rico. In a country where healthcare is not accessible to all, an Aedes invasion would disproportionately affect those without means to afford preventive and curative measures. The southern states would be hit first, but under RCP8.5 and the exacerbation of climate change, the Aedes mosquitoes could become established as far north as New York city.

Earth.Org has modelled the spread of this species from 2000 to 2100 using data from the National Centre for Atmospheric Research’s Community Climate System Model (CCSM 4) for the RCP 8.5 ‘business-as-usual’ scenario. 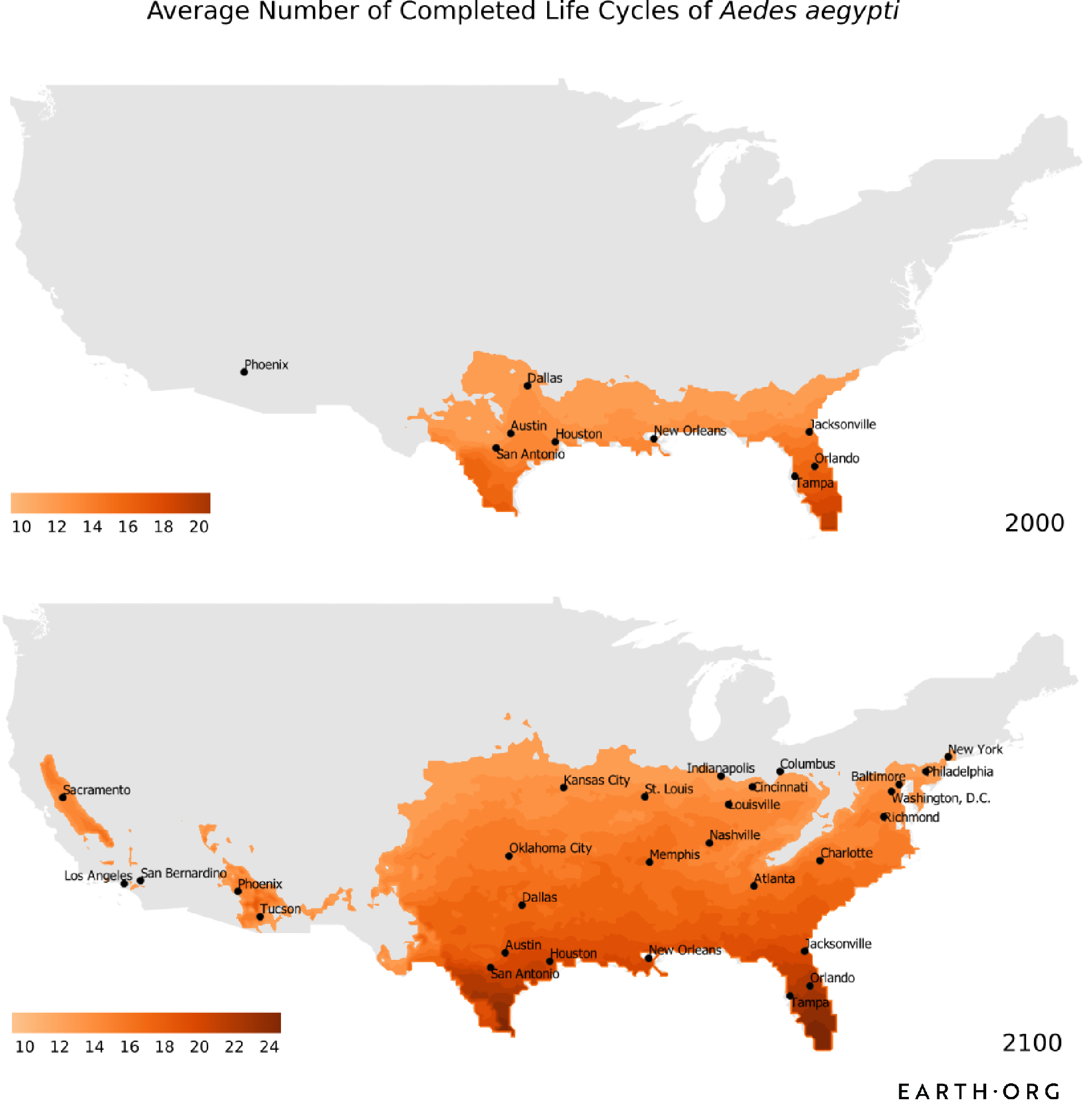 Figure 2. Average number of annual life cycle completions of Aedes aegypti ≥10 across the contiguous USA. The threshold of 10 LCC defines the area in which the species can become permanently established. Iwamura et al. (2020) determined this threshold “based on the frequencies of LCC values extracted to the historical occurrence records of Ae. aegypti”. The projected distribution for the period 2095 to 2099 is under RCP 8.5.

The predicted range increase for Aedes mosquitoes in the US means that the number of people exposed will multiply if climate change and social inequalities are not tackled. In a country where Dengue and Yellow Fever are not considered a threat and healthcare is not accessible to all, this could have grave consequences.

We assume that mosquito range follows optimal temperature ranges, and although there are other complicating factors, results suggest that there will be a globally and significant expansion of range. We measure spread by life cycle completions (LCC) using the statistical computing platform R with modelling developed by Iwamura et al. (2020).