Renewables on the Rise

Big Oil has been the driving force behind much of the Industrial growth we’ve experienced in the last century, but also a cause for war and climate denialism. They are now trying to rebrand themselves as part of the solution, touting natural gas as the best way to phase out coal. Despite their best efforts, they are slowly losing traction as the affordability, popularity and potential of renewables keep improving.

We now see this reflected in the economy, with renewable energy companies’ market cap reaching the tens of billions USD, while big oil companies slowly but surely lose ground. 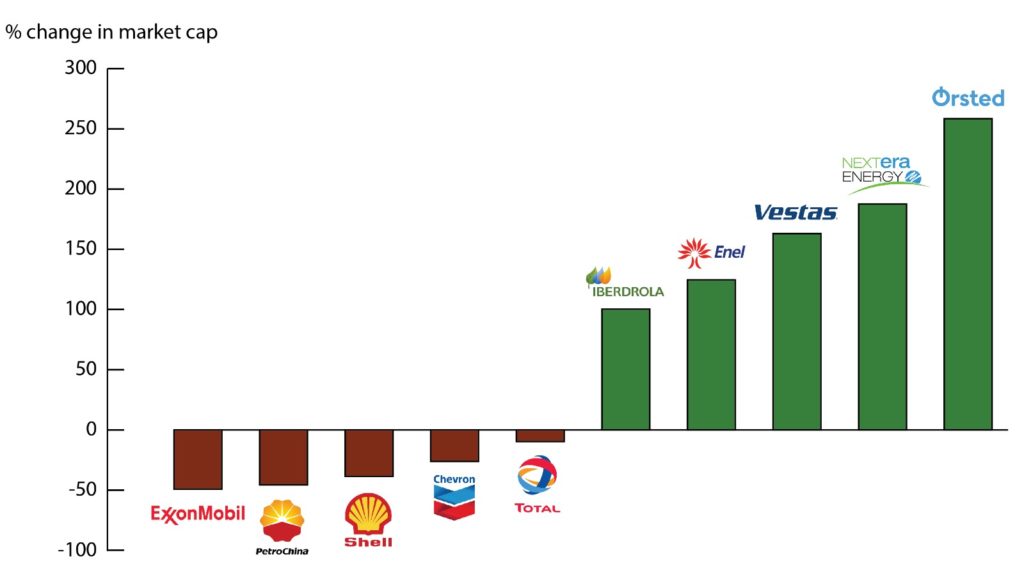 According to the IEA’s 2020 report, renewables reached 30% of global energy production worldwide last year. Solar may have the brightest future (no pun intended), as it produces some of the lowest-cost electricity on the market, and it has ridiculously large potential around the world (over 1000GW in Africa).

The momentum built up by renewables was able to plow through the COVID-19 wall, as demonstrated by a 7% growth in power generation in 2020. This despite global energy demand having dropped by 5%. Such robustness comes from the amount of long-term contracts, prioritized grid access and governmental leeway for continuous installation during the pandemic. 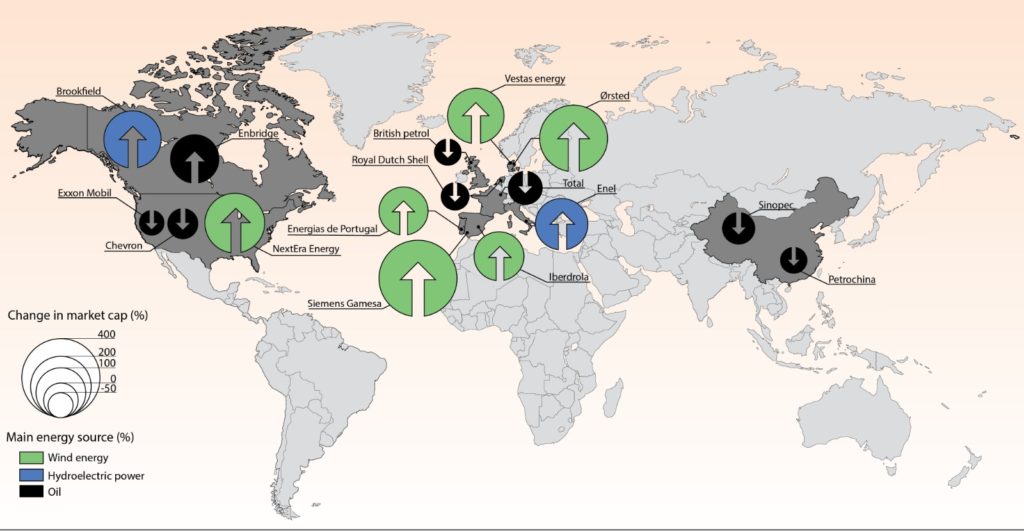 Top oil and renewable companies by market capitalization, and their change in market cap since 2005. Credit Simon Papai.

The economic trend is clear – renewables are now major players in the energy sector and are a popular investment target. Of course, market valuation can be unstable, as demonstrated by the many speculative bubbles of today’s day and age (Bitcoin, Gamestop, etc), and sustainability is an attractive topic. In this case however, the hype seems justified.