Heavy rainfall and overflowing rivers cause frequent floods in Côte d’Ivoire, costing around US $1.2 billion per year. Coastal erosion and sea level rise are set to amplify the damage in the next few decades, and the country must prepare if they are to mitigate this.

Sea level rise is occurring faster than the global average around West Africa, menacing under-developed areas with the additional burden of regular flooding. The impacts of such events are many, be it damage to houses, infrastructure and valuable ecosystems, or aquifer and crop contamination with salt water or the propagation of water-borne disease through sewage overflow.

Erosion is also a major factor in determining how fast the ocean reclaims land. Parts of the West African coast have been eroding at a shocking 1.8 m per year as a result of natural and human influences. Sea level rise and regular wave mechanics slowly gnaw away at the shores, but unregulated sand mining and the destruction of natural flood barriers such as mangroves are more deplorable causes.

The city of Abidjan could find some of its critical infrastructures, such as ports and hospitals, inundated and damaged before long, and the construction of a 260 m seawall is unlikely to do much. Temporary respite could come from the nearby Comoe River and Grand Bassam lagoon. The river usually carries large amounts of silt down to the shore and helps prevent erosion, but recently, silt has clogged its outlet into the sea, diverting its water into the lagoon. Attempts have been made to open channels to the ocean, but these are always rapidly filled up again.

Officials have stated that it would cost US $30 million to build a stable canal, which is quite costly for a temporary solution. The urgent need for protection has been brought up with the International Union for the Conservation of Nature (IUCN), and consensus is that natural barriers such as mangroves and coastal dunes may be the best option at the moment.

The lack of longer-term solutions is not reassuring for a country whose capital could face some disastrous flooding by the end of the century. Earth.Org has mapped such an event to illustrate the need for action. 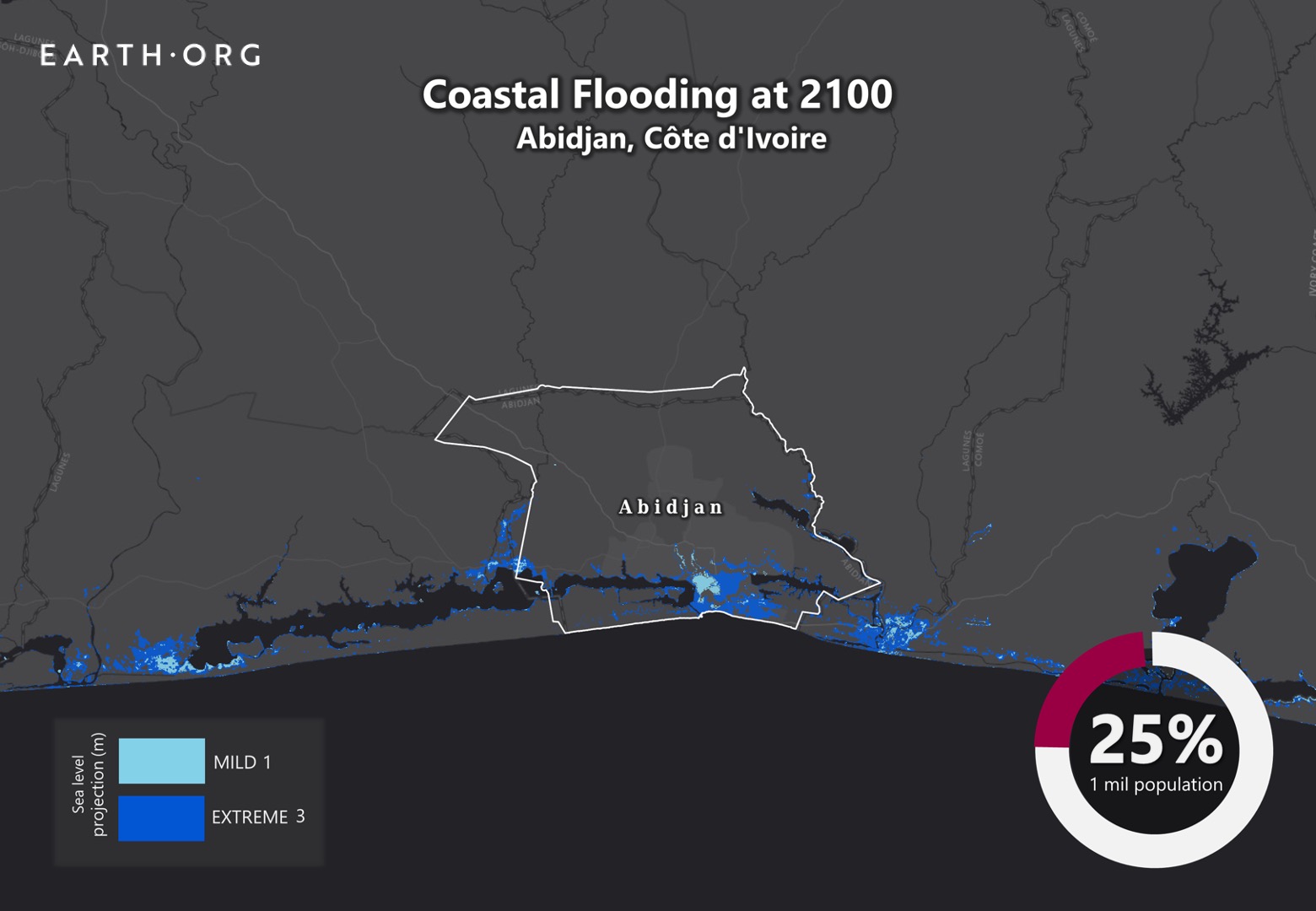