Brisbane does not frequently experience flooding, but projected sea level rise of 1 to meters by the end of the century would make inundations a common occurrence at high tide.

According to the Intergovernmental Panel on Climate Change (IPCC) Fifth Assessment Report, the Queensland Government adopted the forecast that the sea level will rise by 0.8 meters by 2100. This estimate falls under a business as usual scenario, where major emission curbing efforts are not undertaken.

Research conducted by the Labour Environment Action Network reveals that a 0.8-metre rise might flood numerous places in Brisbane. With merely a 0.74-metre sea level rise, the centre of the runway of the Brisbane Airport would only be slightly above the water, while its sides would be flooded by high tides. A 0.74-metre rise would also flood streets and buildings at high tides in Albion, a north-eastern suburb in Brisbane. What is worse is that recent research indicates that the IPCC forecast is likely to be an underestimation than an overestimation. Owing to the acceleration in the ice sheet melt in Greenland and Antarctica, the problem of sea level rise is prone to escalation.

Using the data provided by Climate Central’s latest study, Earth.Org has mapped what extreme flooding would be like in Brisbane by 2100. 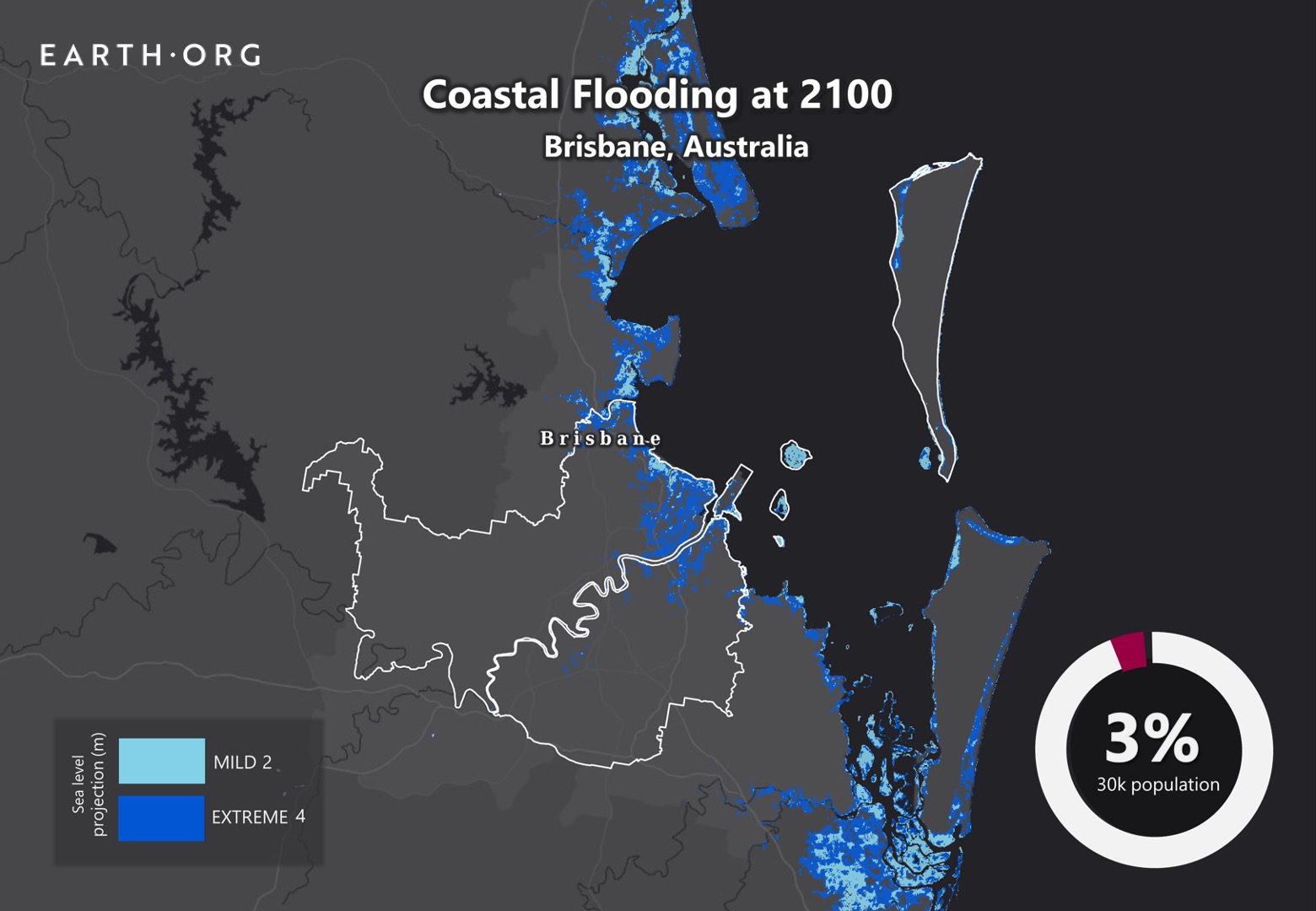