Fiji comprises 332 islands and has a large coastline that spans 1129 kilometers. Since 1993, the higher than average rate of sea level rise has made many of the islands uninhabitable. Those that remain are slowly but surely losing ground to the ocean, and their population needs to decide on whether to endure or flee.

Suve, the capital of Fiji, is one of the largest urban centers and economic hubs in the South Pacific region. The Fijian economy is based primarily on tourism and the export of sugar cane with other activities including gold mining, fishing, and timber production. Continuous sea level rise has begun disrupting coastal activity, and will negatively impact Fiji socio-economic status in the next few decades.

Besides the economic loss, precious land is being reclaimed by the sea. Research shows that 4.5% of all the existing buildings in Fiji will be inundated by as little as 22 cm sea level rise, up to 6.2% with 63 cm rise. Considering the higher-end predictions of 1 to 2 meters by 2100, Fiji must prepare to move critical infrastructures like ports and hospitals to safer locations, and protect their freshwater reserves as saltwater threatens to contaminate their aquifers.

Officials intend to fight back through progressive relocation for communities at risk, coastal revegetation and seawalls. Hopefully, this will buy enough time to lay out a long-term solution.

Earth.Org has mapped what extreme flooding could look like in Fiji by 2100 as a call for awareness. 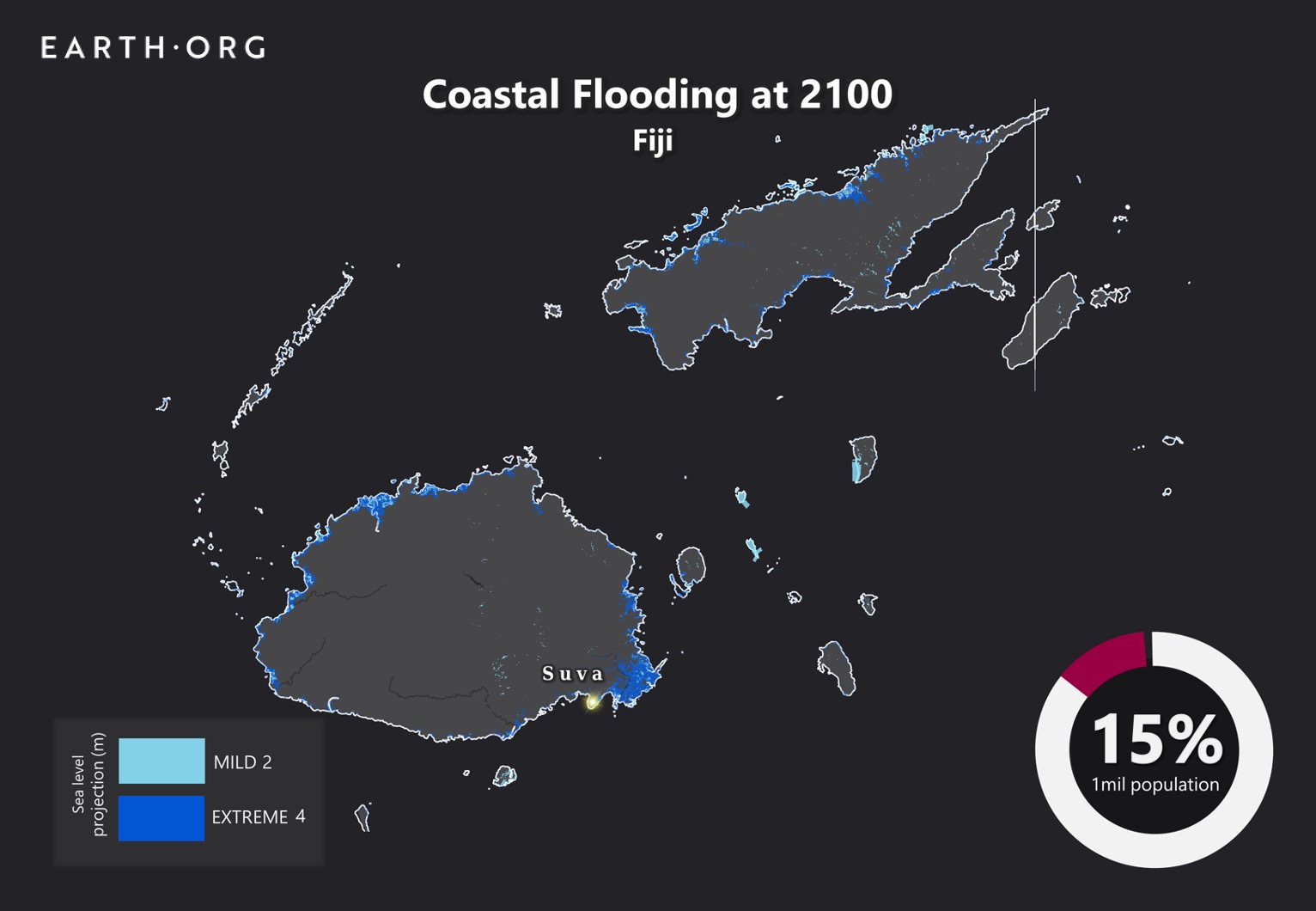