Research has shown that in the worst-case scenario, 440,000 New Zealanders would be living in regions affected by one-year coastal flood return levels by 2100. Christchurch, standing merely 20 meters above the sea level, faces an imminent threat as the sea level keeps rising.

Earth.Org has mapped what severe flooding would look like in Christchurch by 2100 if no effective measures are taken.

New Zealand is located in the collision zone between the Indo-Australian and Pacific plates, which makes it prone to earthquakes. One of these in 2011 aggravated Christchurch’s vulnerability to floods. Pre- and post-earthquake topological data revealed river channels narrowing and shallowing, reducing their water storage and funneling capacity. Along the large regional Waimakariri River north of Christchurch, the flood hazard is particularly evident. There is a 4% chance of water breakout and a severe flooding could cost US $800 million worth of damage. If flooding were to happen, up to 300,000 people would be severely affected.

The Waimakariri Flood Protection Project began in 2010 and was completed in late 2019. The two resulting 25 km embankments along the Waimakariri River aim to provide a back-up flood control for areas around Christchurch. The system is considered a high level of flood protection, aiming to protect people from a 5500 cumecs (cubic meter per second) flood. While this may effectively mitigate floods for the time being, the added effect of sea level rise will increase the risk of the system being overrun.

Earth.Org has mapped what extreme flooding could be like in Christchurch by 2100. 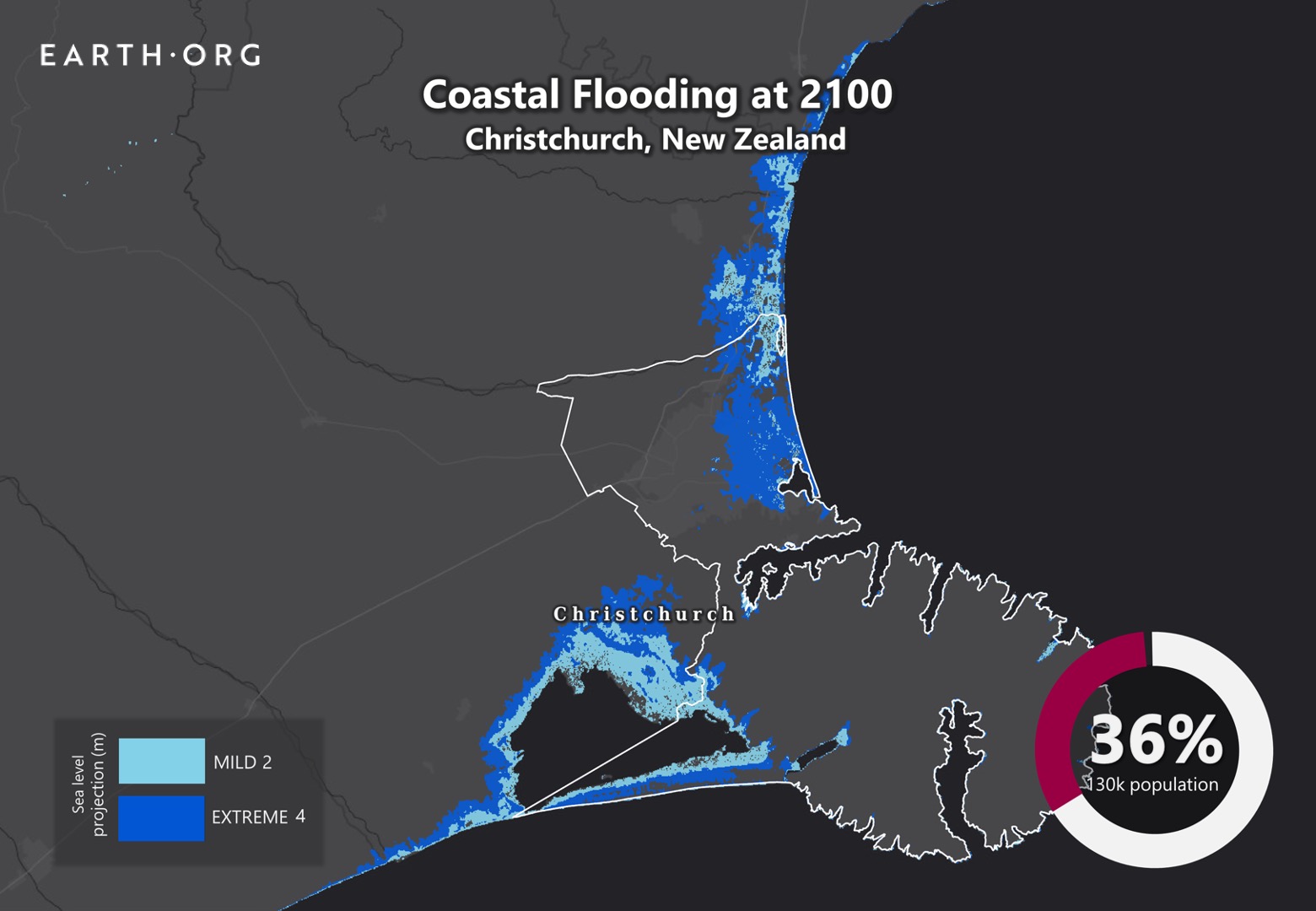