Many districts in Dakar, the capital of Senegal, are flooded for weeks every year during the rainy season. Aside from damaging roads and homes, water surges also promote mosquito proliferation and contaminate drinking water with disease. Sea level rise is expected to increase the likelihood of severe flooding, and officials need a plan if they are to avoid quality of life and economic loss.

Earth.org has mapped extreme flooding in Dakar by 2100 as a call to action.

Dakar is the capital and largest city of Senegal, with a population of 1 million in the city proper, and about 2.5 million in its metropolitan area. It experiences frequent flooding due to both geographical and man-made factors. Geographically, it features many natural bowl-shaped areas that easily accumulate water.

On the human side, persistent droughts have made rural life difficult in Senegal, driving urban migration and thus rapid urban expansion in Dakar. As wetlands, woodlands and farmlands were replaced with non-permeable surfaces, natural drainage was reduced, contributing to heightened flood risk. The city’s surface area increased by 25% between 1998 and 2008 and has continued to add new neighborhoods with no drainage canals or sewage systems. Where these are present, they are often under-developed and unable to handle heavy downpours. A catastrophic flood in 2012 resulted in the loss of life, sewage water overflow bringing disease and massive infrastructure degradation.

In response to this event, the government adopted a USD $1.4 billion Decennial Flood Management Program with contributions from the World Bank. The plan entails infrastructure for flood control along with policy and institutional planning for urban development, renovation, and wetland management. Will this be enough to withstand the 1 to 2 meters sea level rise projected to occur by 2100?

Even installations such as Tokyo’s G-cans will be pushed to the limit, and Dakar’s plans seem more conventional. Earth.Org has modelled what severe floods could look like in Dakar by the end of the century. 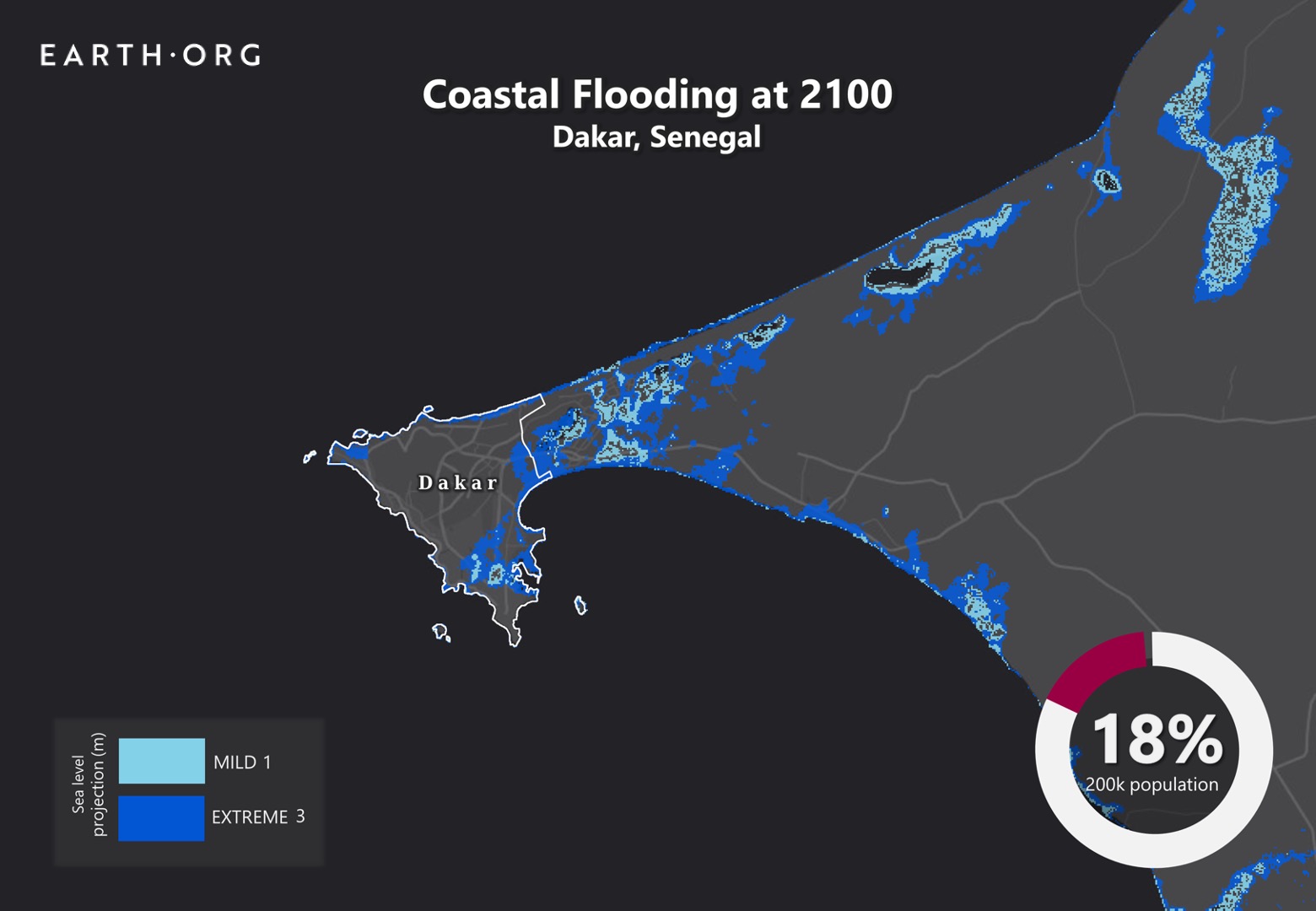