Located in the western Pacific Ocean, Guam is regularly exposed to typhoons that flood low-lying coastal areas. What is now a nuisance could become a serious problem due to sea level rise.

Guam features a mountainous topography, with its population concentrated on the lower-lying coastal areas. It is the nearest landmass to the Mariana Trench, deepest point of the ocean and at the intersection of two tectonic plates, making the area prone to earthquakes. Guam is therefore exposed to earthquake-provoked tsunamis along with Pacific typhoons year round.

Since a particularly devastating typhoon in 1976, wooden buildings and infrastructure have been replaced with concrete and steel, but a 2002 super typhoon still wreaked havoc on Guam. Flash floods also ail the island, but the temporary gridlock these cause can be weathered. However, they will become more frequent with sea level rise and cause costly damage to infrastructure and homes. Guam officials would be wise to commission a risk assessment and implement flood control measures to mitigate the impacts.

Earth.Org has mapped extreme flooding in Guam by 2100 to illustrate the need for action. 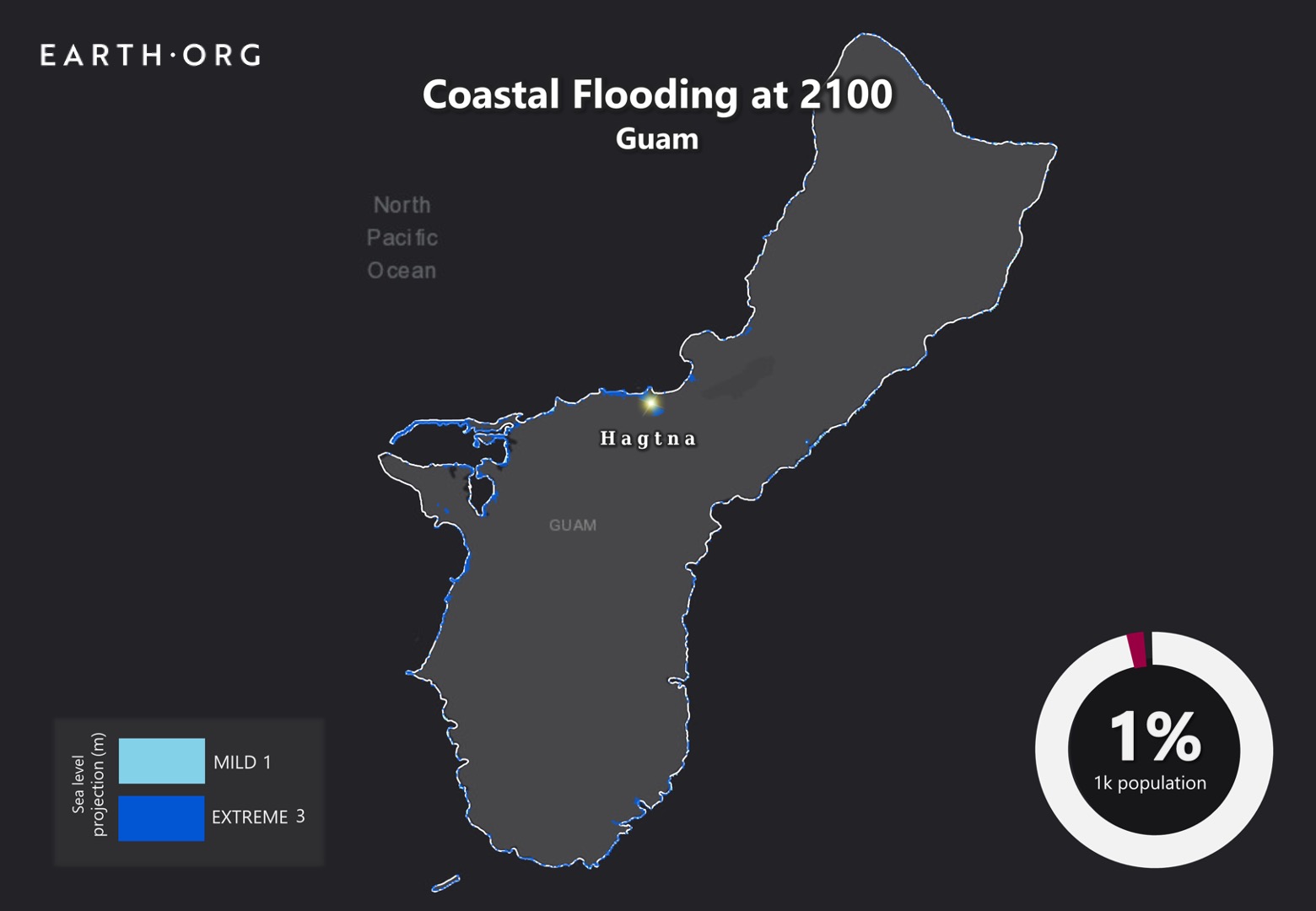