Accelerating sea level rise, coastal erosion and subsiding land is putting the agglomeration around Houston at risk of regular flooding in the next few decades. The state of Texas recognizes the danger faced by Houston and is planning to invest US $12 billion in preventive measures.

The combination of high tides and sea level rise is already increasing flood risk in the city of Houston. Between 2005 and 2017, homes in the Texas Gulf Coast lost more than US $76 million in value due to tidal floods alone, not including hurricane risk. A historic flood hit the city in September of 2019, and rescue forces were called upon to perform over a thousand water rescues.

Slightly higher sea levels can make a big difference in extreme storm surge occurrence. A 1-in-100 year flooding event (whose intensity has a 1% chance of occurring in any given year) could become a 1-in-10 year flood by 2050. This is made worse by land subsidence due to excessive groundwater extraction, a widespread problem in Texas. After Hurricane Harvey incurred US $127 billion in damages in Houston, state officials decided to invest over US $12 billion in sea level rise solutions, including storm surge protection, drainage and erosion control.

While the right measures are being taken in Texas, other states and countries may not have the means to mount an adequate response. Earth.Org has mapped what flooding would look like around Houston by 2100 if not action were taken. 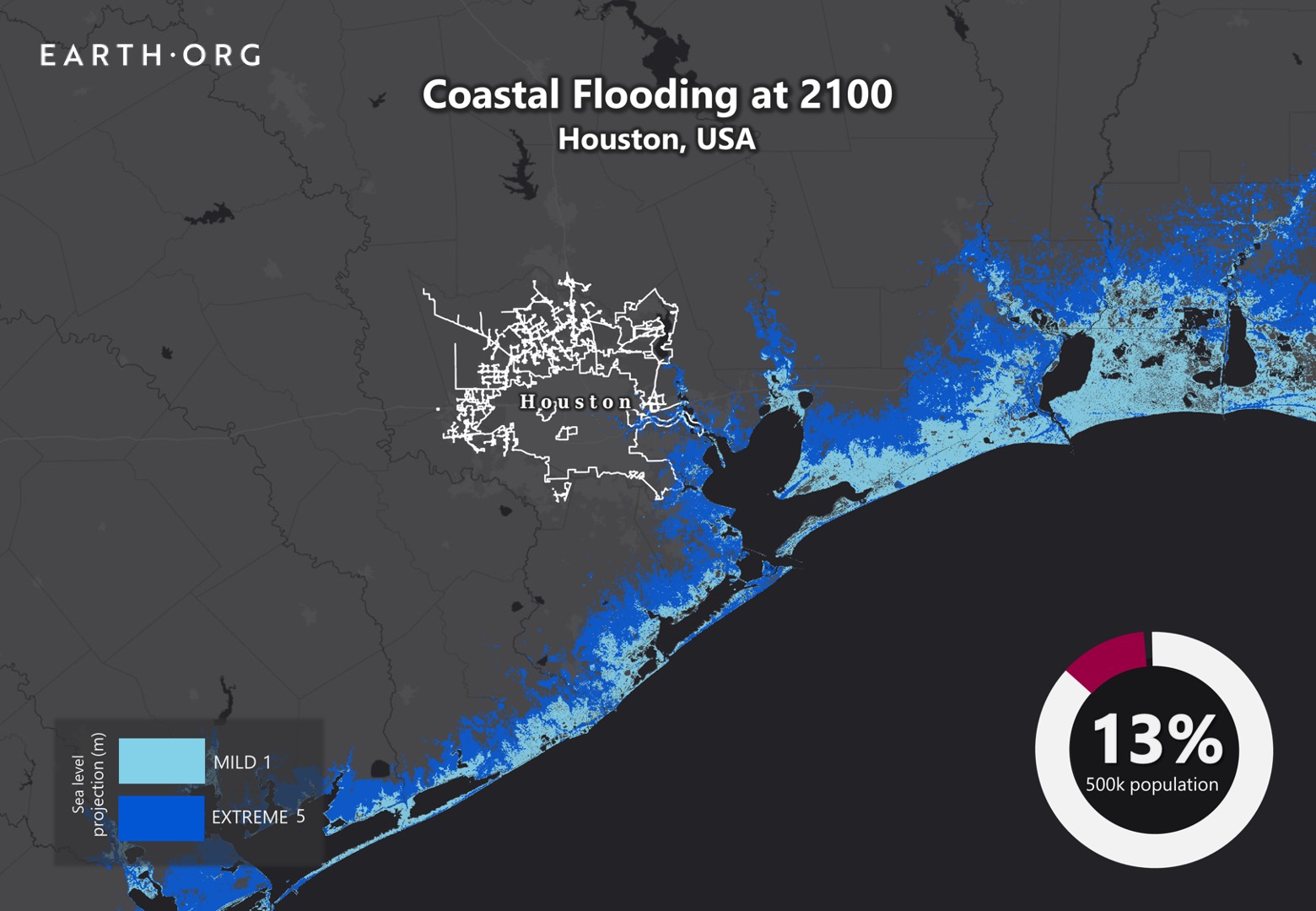