The 33 islands of Kiribati are notoriously vulnerable to sea level rise; the highest point on many of the islands like South Tarawa is just a few meters above sea level. The impending threats of land loss, storm surge amplification, and permanent population displacement are becoming visible, and officials must decide on a strategy.

Kiribati is an island nation in the central Pacific, which is expected to be the first country fully submerged by sea level rise. The islands are atolls and have a high ratio of coastline to land area. In 1989, a UN report on the greenhouse effect had listed the country as one of the countries at risk from rising sea levels. Ten years later, two of Kiribati’s uninhabited islands, Abanuea and Tebua Tarawa, disappeared under the waves.

Most of its 112,000 inhabitants live on the atoll of Tarawa, where the capital is located, sitting at less than 3 meters above sea level. The projected 1 to 2 meter global sea level rise by 2100 is quite likely to make it uninhabitable.

The Kiribati government has bought land in Fiji to serve as a place to evacuate the country’s entire population should the worst case scenario come to pass. New Zealand’s government has also responded to the needs of Kiribatians, letting 75 people migrate to New Zealand per year.

We hope that international help will continue to come through for those whose homes could be lost to climate change. Earth.Org has mapped extreme flooding on Tarawa by 2100 to illustrate the very real consequences of climate change. 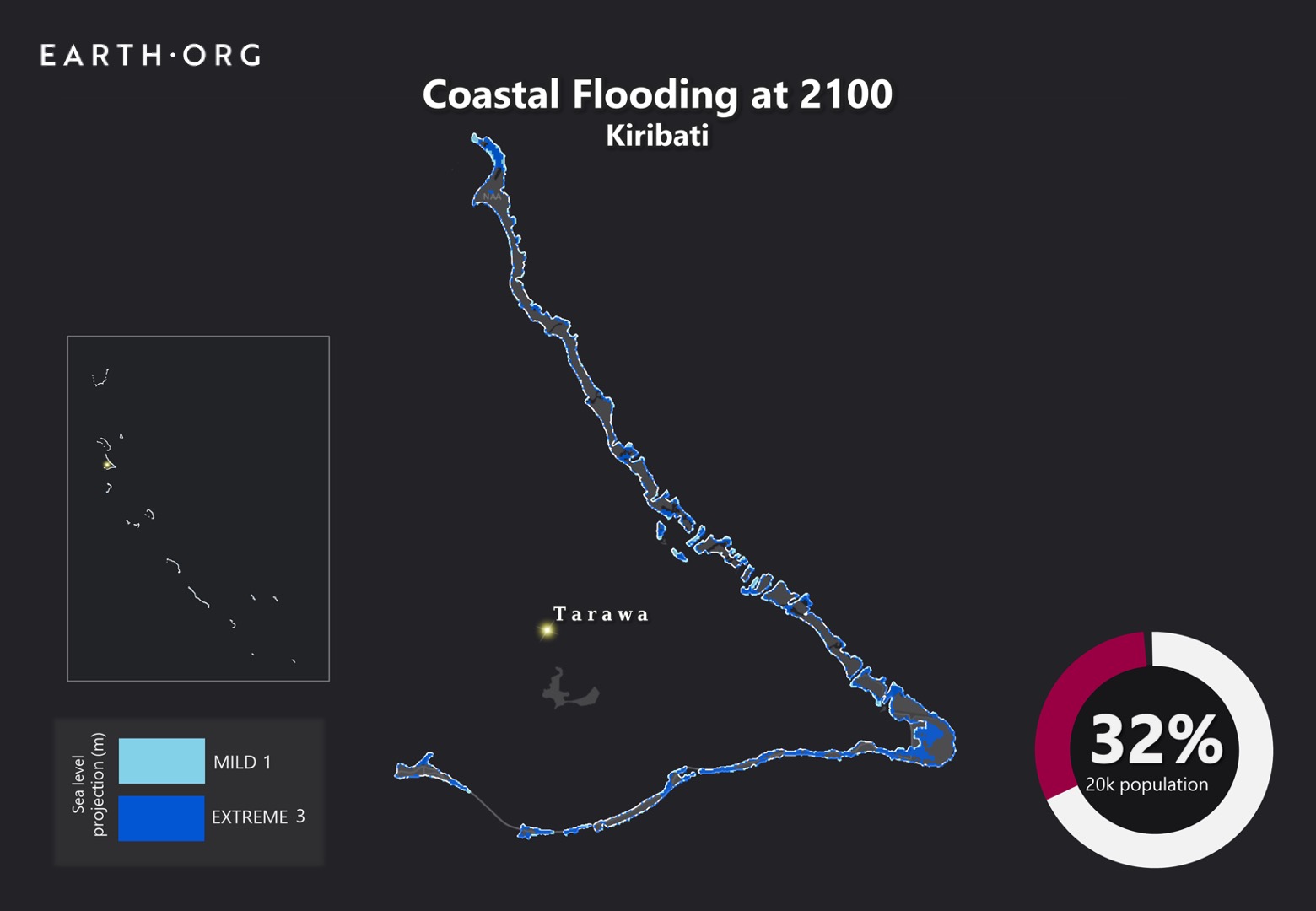