Lagos is located on the coast and comprises numerous islands. Owing to the poor drainage system and excessive groundwater extraction, the incoming challenges of sea level rise have been magnified.

Earth.Org has mapped what extreme flooding would look like in Lagos by the end of the century.

As one of the coastal megacities in Africa, Lagos serves as an important port for commercial activities. Built around the Lagos Lagoon, it opens on the Atlantic Ocean and comprises of a piece of the mainland and an ensemble of low-lying islands.  The geography of the city makes it susceptible to coastal flooding and saltwater intrusion, especially considering that most of its upscale neighborhoods and business centers are built on the islands.

Moreover, its poorly designed and maintained drainage system contributes as an aggravating factor to the frequent inundations. Officials do not seem interested in flood control, be it the constructions of dikes, embankment, or seawalls. This is despite studies showing that a sea level rise of 1 to 3 meters would have “a catastrophic effect on human activities” in regions including Lagos.

In 2007, the Nigerian authorities initiated a reclamation project – the construction of a new island,  Eko Atlantic, supposed to reverse coastal erosion and curb land depletion. It borders Lagos directly, covering 10 km², housing up to 250,000 residents, and features many high-end commerces and residences. It has been a target of heavy criticism from locals who denounced the lower-income families that were forced out and claim it is eroding the coastline of the surrounding area, actually increasing flood likelihood.

Regardless of the controversy, this public-private partnership-project is insufficient to protect Lagos against the expected amplitude of sea level rise by the end of the century.

Earth.Org has mapped what extreme flooding could be like in Lagos by then as a call for action. 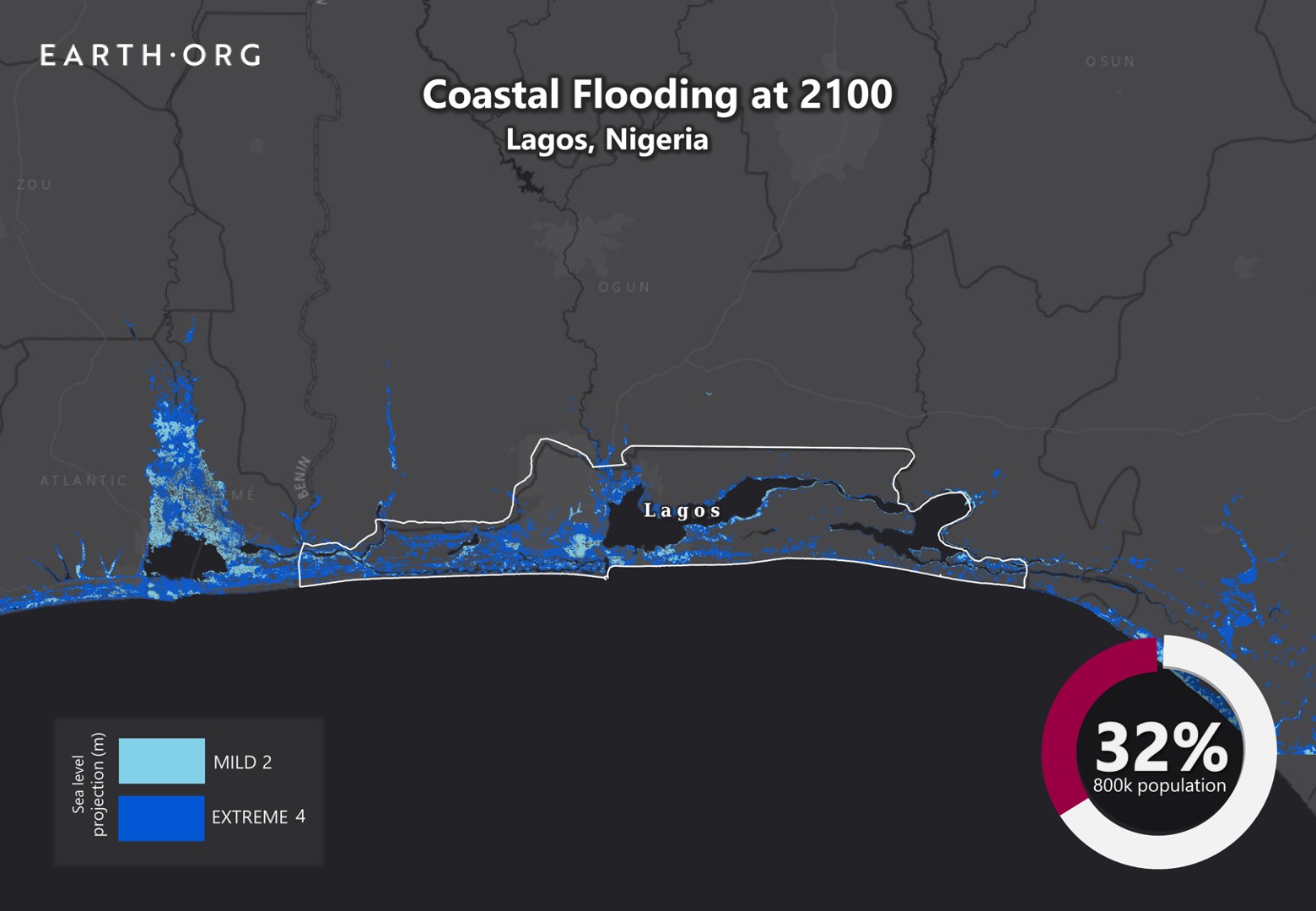