The Maldives, an island nation south of India, is extremely vulnerable to sea level rise. With 80% of the nation only around 1 metre above sea level, it is predicted that approximately 77% of its land area will be underwater by 2100. Measures have been taken by authorities to mitigate potential damages brought by sea level rise and extreme weather.

Known as the “ Treasure Island”, Maldives is made up of 26 ringed shaped atolls and with a population of 450,000. The nation is also the flattest country on Earth making it extra sensitive to small changes in sea level.

Headlines warning of the island states imminent submersion seems to have numbed the general public. Since the 1950s sea level in and around the Maldives has been rising fast on a geophysical scale, but a rate of 0.8 to 1.6 millimetre per year can seem slow to humans. 2100 seems far away, but in a person’s lifetime, the Maldives could experience a 50-centimetre sea level rise and lose around 80% of its land. If sea level were to rise by 1 metre, which seems like according to a recent Climate Central article, the islands would lose 85% of their surface to the ocean.

Much of its housing and critical infrastructures, such as hospitals, airports and harbours, are concentrated on the coastline. Extreme levels of sea rise will not be necessary to force costly adaptation or relocation. It may not be economically feasible to save the island, but maybe the possibility of losing this idyllic island to the oceans will stir some into action.

Earth.Org has modelled what mild and extreme flooding events could look like in the Maldives’ most populous island, Malé by 2100 under a high emissions scenario as a call for awareness. 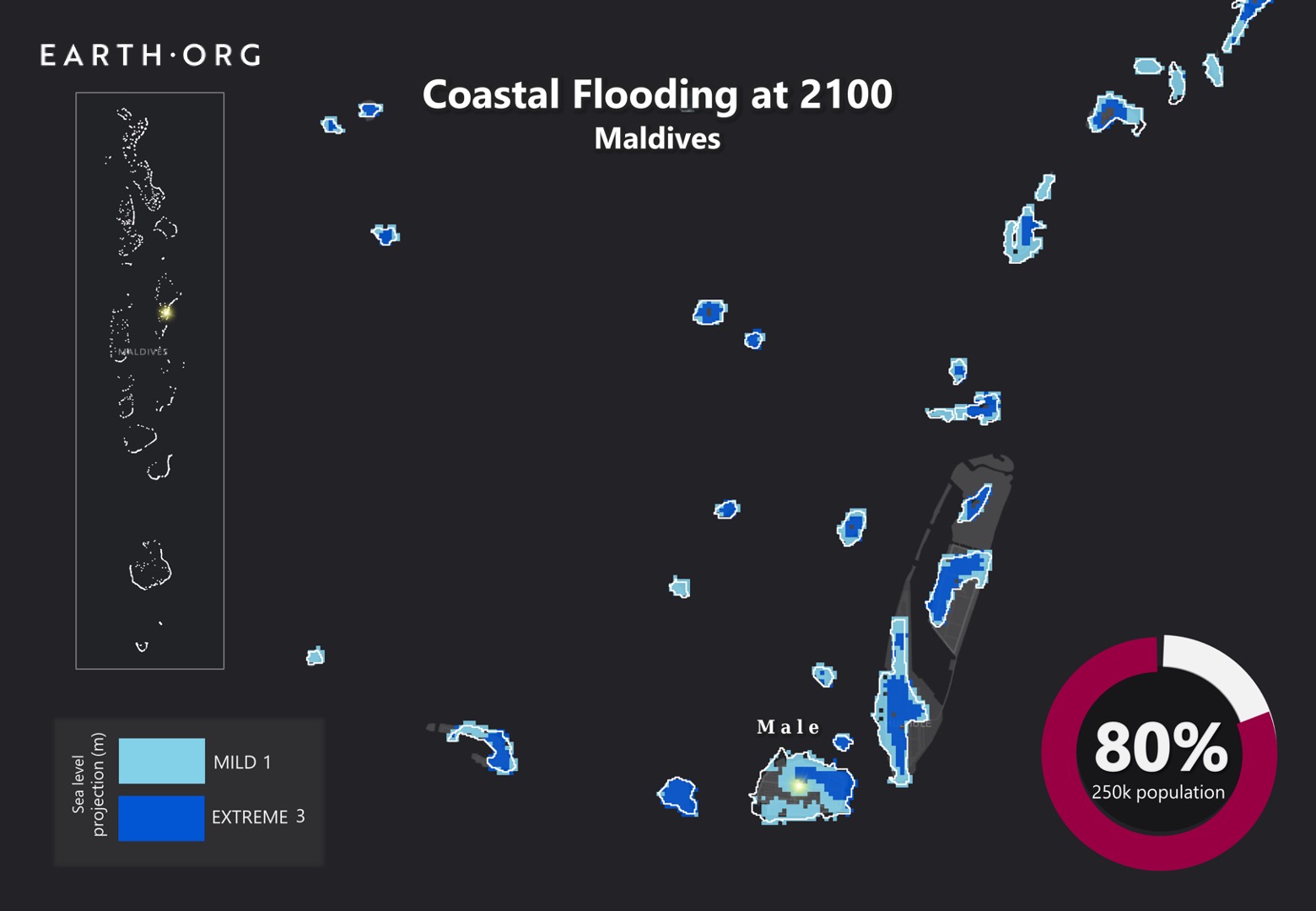