Recent studies have stated the likely 1 to 2 meter global average sea level rise we could experience by 2100. On the Marshall islands, where a 91cm rise would make most of the island uninhabitable, a strategy must be decided on now.

The Marshall Islands, a string of atolls in the central Pacific Ocean, is among the countries most imminently threatened by unchecked climate change. The islands consist of 29 atolls with an average elevation of 2 metres, and sea levels are rising at twice the global average rate. By 2030, under a high emission scenario, sea level rise is projected to be in the range of 3 to 16cm; significantly increasing the frequency and the impact of storm surges and coastal flooding.

Researchers at the University of Hawaii produced some shocking sea level rise projections of Majuro, capital atoll of the Marshall Islands and the main international port of the nation. High-end sea level rise projections put the majority of its land area underwater by 2050, but the freshwater resources could become undrinkable well before then due to saltwater contamination. Everyday life on the islands is already made difficult by extreme weather events, which pushed more than 20,000 Marshallese climate refugees emigrated to the U.S. in 2016.

While short-term mitigation measures like sandbags or piecemeal barriers are used to help keep storm surges at bay, the need for a long-term solution grows with every centimeter of sea level rise. For the small island nation, stronger measures can come at a steep and prohibitive cost, leaving on relocation as a sad necessity.

Earth.Org has mapped the flooding these islands could face by the end of the century as a call for awareness. 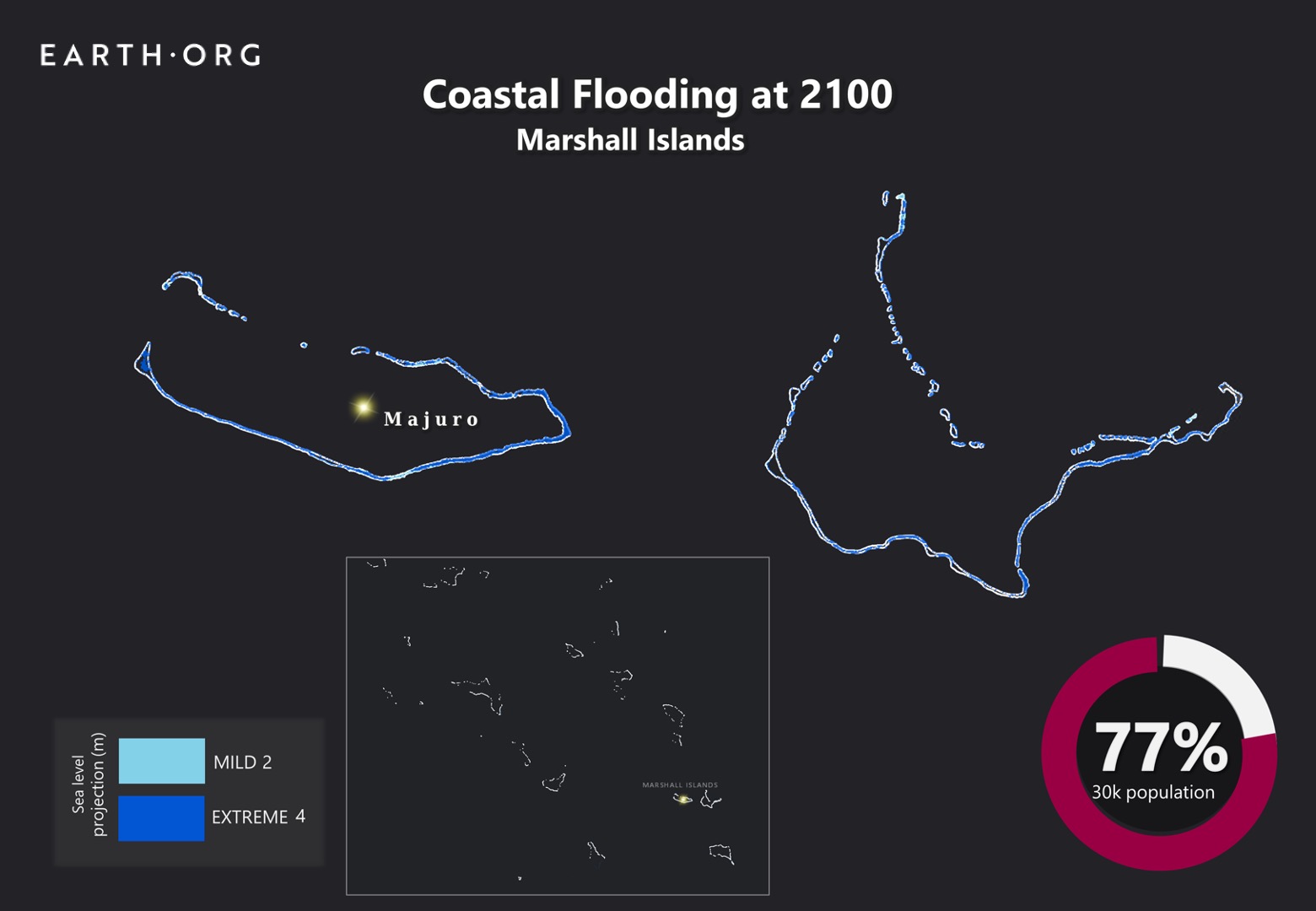