Nantes is the sixth-largest city in France, and, historically, one of its largest port cities. Much of the city’s activity and residences are built near the water, and sea level rise may cause material damage and eco-societal paralysis.

Earth.Org has mapped the flooding that could occur in Nantes by 2100.

Built on the Loire estuary, the surrounding area used to be segmented by many channels, creating small islands and sand ridges. Smaller waterways were later filled in, submerging most of the islands, leaving only the larger Isle of Nantes between the banks of the Loire.

The river is tidal, meaning its level fluctuates with sea levels. The range can reach around 6 meters (20 feet), as a result of dredging to make the area accessible to larger ships. The eastern part of Nantes is quite flat, and the lowest points of the city are only 2 meters above sea level.

A recent paper published in Nature estimates that, under high emissions scenarios, global sea levels could rise by an average of 1 to 2 meters by 2100. Adding the large tidal range of the Loire to this means Nantes could experience some severe flooding by the end of the century. Earth>org has mapped what this could look like, along with the amount of population that would be displaced. 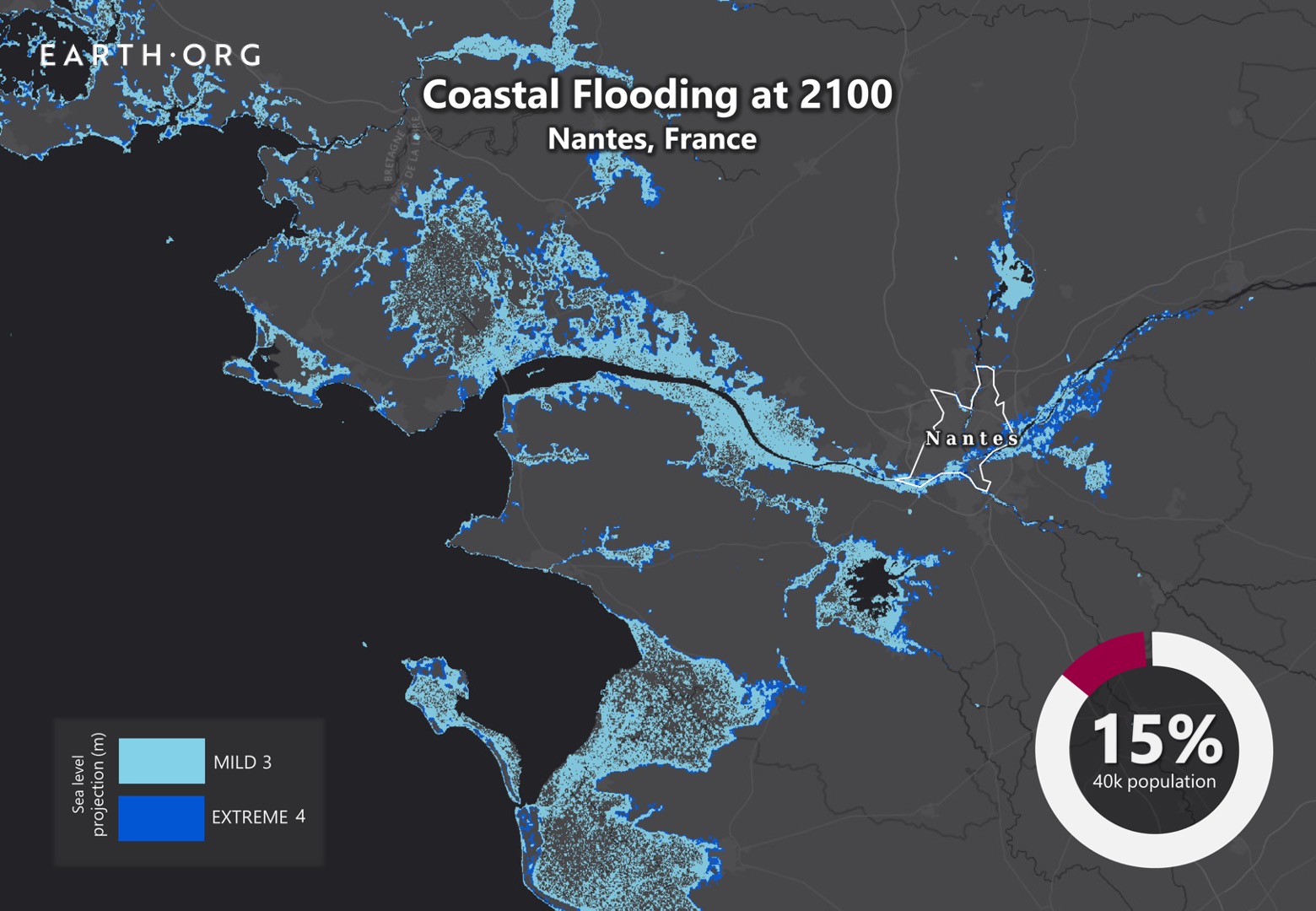