Sea level rise is 2 to 3 times faster around Nauru than the global average, putting its freshwater supplies and crops at risk of saltwater contamination.  Already reliant on economical aid, its basic resource needs may have to acquired externally for life to be sustained on the island.

Nauru, once a wealthy nation, is now threatened by climate change. The total land area is only 21 km2 with just over 10,000 residents. Large boats cannot access the island due to a barrier of coral around its shores. The only fertile areas are on its narrow coastal belt where coconut palms grow, or around the Buada lagoon that can support bananas and pineapples. Moreover, freshwater resources are very limited, mostly coming from the lagoon, rooftop storage tanks, and three desalination plants.

Inland, 80% of the area has been ravaged as a result of heavy phosphate mining. Once the phosphate resources were depleted, Nauru briefly became a tax haven and illegal money laundering center, after which it accepted aid from the Australian Government in exchange for hosting an immigration detention facility.

Water is rising rapidly around Nauru, and a vulnerability assessment stated that the projected sea level rise could soon contaminate the groundwater supply by saltwater intrusion. Buada Lagoon, the only surface freshwater resource, is located in the low-lying Southwest-central portion of the island only 5 metres above sea-level, exposed to strong storm surges. Moreover, the majority of the infrastructure and socio-economic activities in Nauru are located near or on the coast, with homes, ports and hospitals vulnerable to flood damage.

As a call for awareness, we’ve modelled floods on Nauru by 2100, along with temporary population displacement. 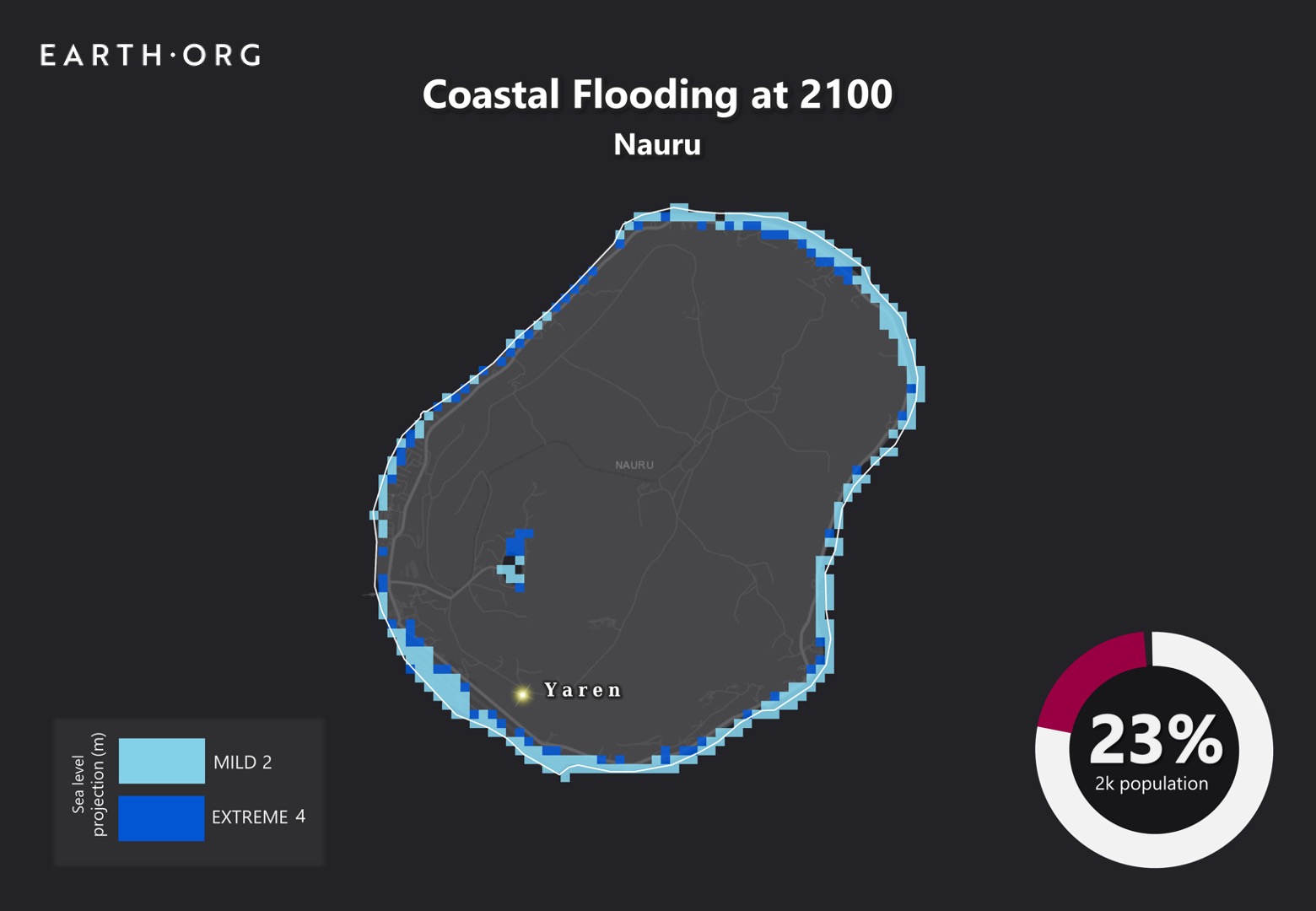