Newport, twelve miles north of the capital of Wales, is another city at risk of being partially submerged by sea level rise. Earth.Org has mapped what severe flooding could look like by 2100 and estimated the population displacement this would cause.

With a population of around 146 000 people, the city of Newport is the third-largest in Wales. Historically a coal-exporting port city, it rose to prominence in the 19th century, then shrunk again in the 20th, only to be granted city status in 2002. Largely low-lying, the southern, sea-facing side of the city is flat and fertile with many housing estates and industrial areas from reclaimed wetlands.

If you’ve read other articles from this series, you may know that this is a strong indicator of future flood risk, because draining natural reservoirs means water surges have no way to be flushed out. Because Newport has a moderate temperate climate, it rarely experiences extreme weather, meaning little to no floods, and thus little to no flood control.

A recent paper published in Nature estimates that, under high emissions scenarios, global sea levels could rise by an average 1 to 2 meters by 2100. If the Welsh government waits for water levels to become obviously problematic to act, it could be too late. In a call for action, Earth.Org has modelled what coastal flooding could look like in Newport by 2100. 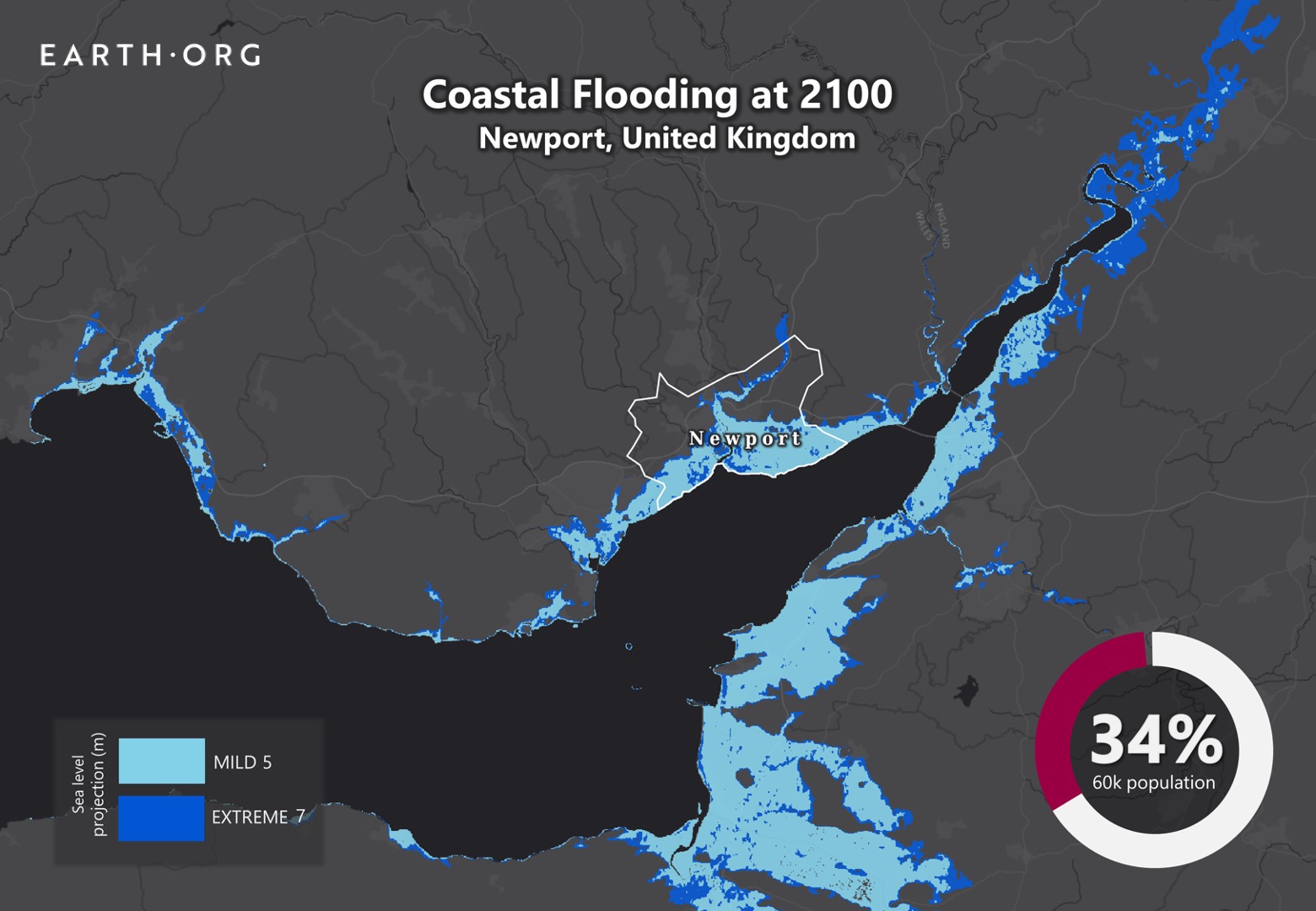