Ningbo is one of the busiest ports in the world, located in the Zhejiang province of China on the East China sea. It is one of the major Chinese agglomerations that sea level rise will put at high risk of flooding.

Earth.Org has mapped severe inundation in Ningbo by 2100 to raise awareness.

The Ningbo metropolitan area, comprising the city proper and three satellite cities, lies 270 km south of Shanghai on the Hangzhou Bay estuary. Ranked in the top ten global port cities since 2009, it has experienced rapid growth and its population, at 7.5 million today, is expected to reach 10 million by 2030. It also ranks in the top twenty most exposed ports to future coastal flooding due to sea level rise.

Featuring a tropical climate with a pronounced typhoon and heavy rain season, Ningbo is familiar with costly floods. In 2005, Typhoon Kanu brought both an intense rainstorm and a powerful storm surge, incurring USD $585 million in losses. The number of people exposed to such flooding events is around 300,000 today, but population growth and sea level rise will increase this to a whopping 3.3 million by 2070.

Officials still have time to draft a long term plan, but cost will be high and execution time-consuming. Earth.Org has modelled extreme flooding in Ningbo by 2100 as a call to action. 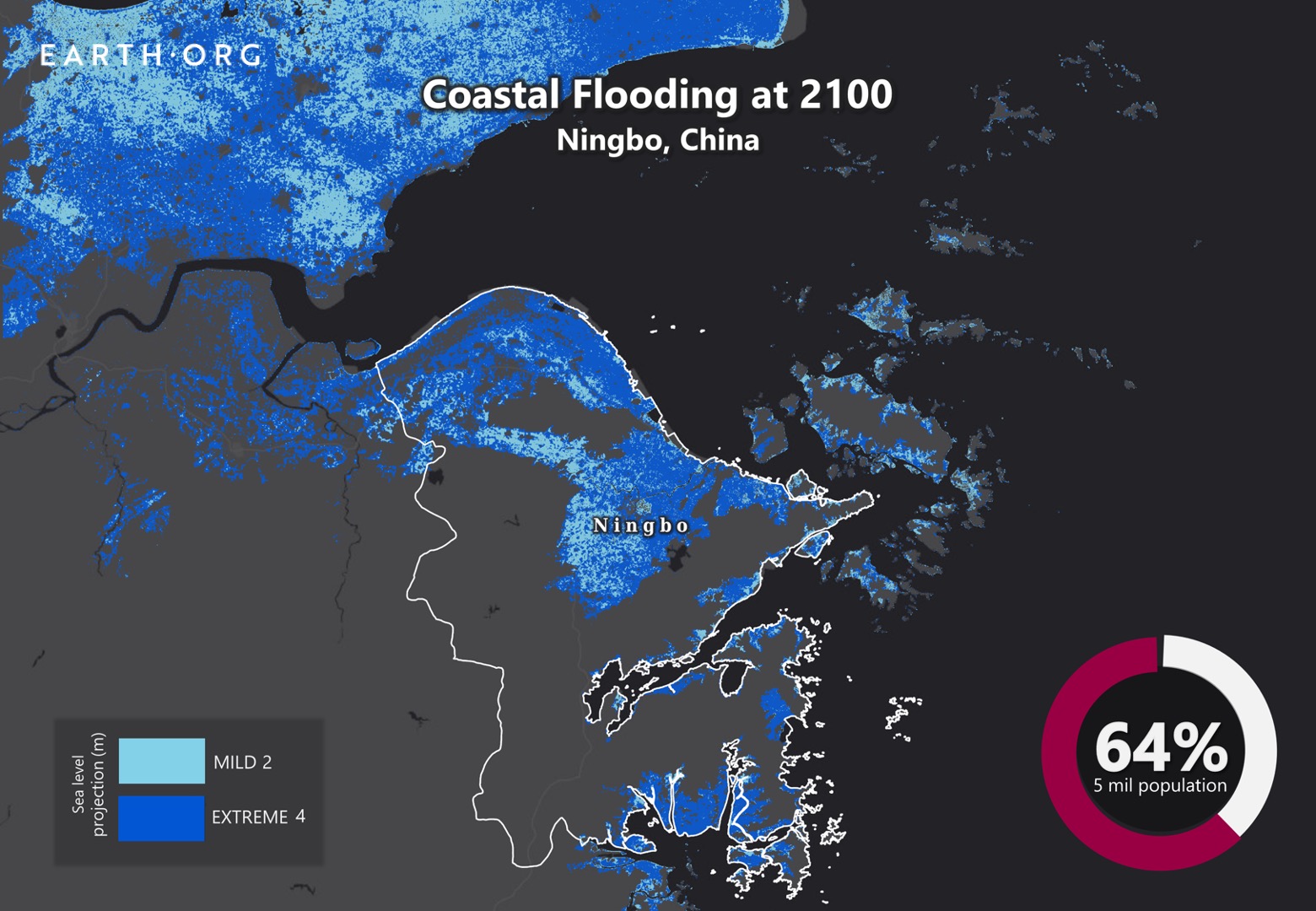