The Commonwealth of the North Mariana Islands (CNMI) is an island chain located in the western Pacific. Saipan, the archipelago’s main island, is identified as critically vulnerable to sea level rise and changes in rainfall patterns by the CNMI Climate Change Working Group. Sea level around the islands is expected to rise by more than 1 metre by 2100, which puts the majority of the islands’ low lying areas at high risk.

CNMI consists of 15 islands, which are the northernmost islands in the Mariana Archipelago. The majority of the population resides on the islands of Saipan, Tinian and Rota, with Saipan being the largest in terms of size. Sea level has been rising in CNMI at a rate of about 7.62 mm per year, which is more than twice the global average, with an expected 1 m by the end of the century.

Saipan is an important location of CNMI, out of 53,883 permanent residents, 52,263 of them live on Saipan. Its western coastal plain is composed of natural habitat, residential neighbourhoods and the primary business district of Garapan. A vulnerability assessment was done by the CNMI Climate Change Working Group and the result identified nearly all of the villages and resources in the area as being critically vulnerable to sea-level rise and changes in rainfall patterns. Around 80% of the coast is expected to be inundated using the projection of 0.91 metres of sea level rise, which could force mass relocation inland or off the islands.

Earth.Org has mapped what severe flooding could look like on Saipan by 2100 to illustrate. 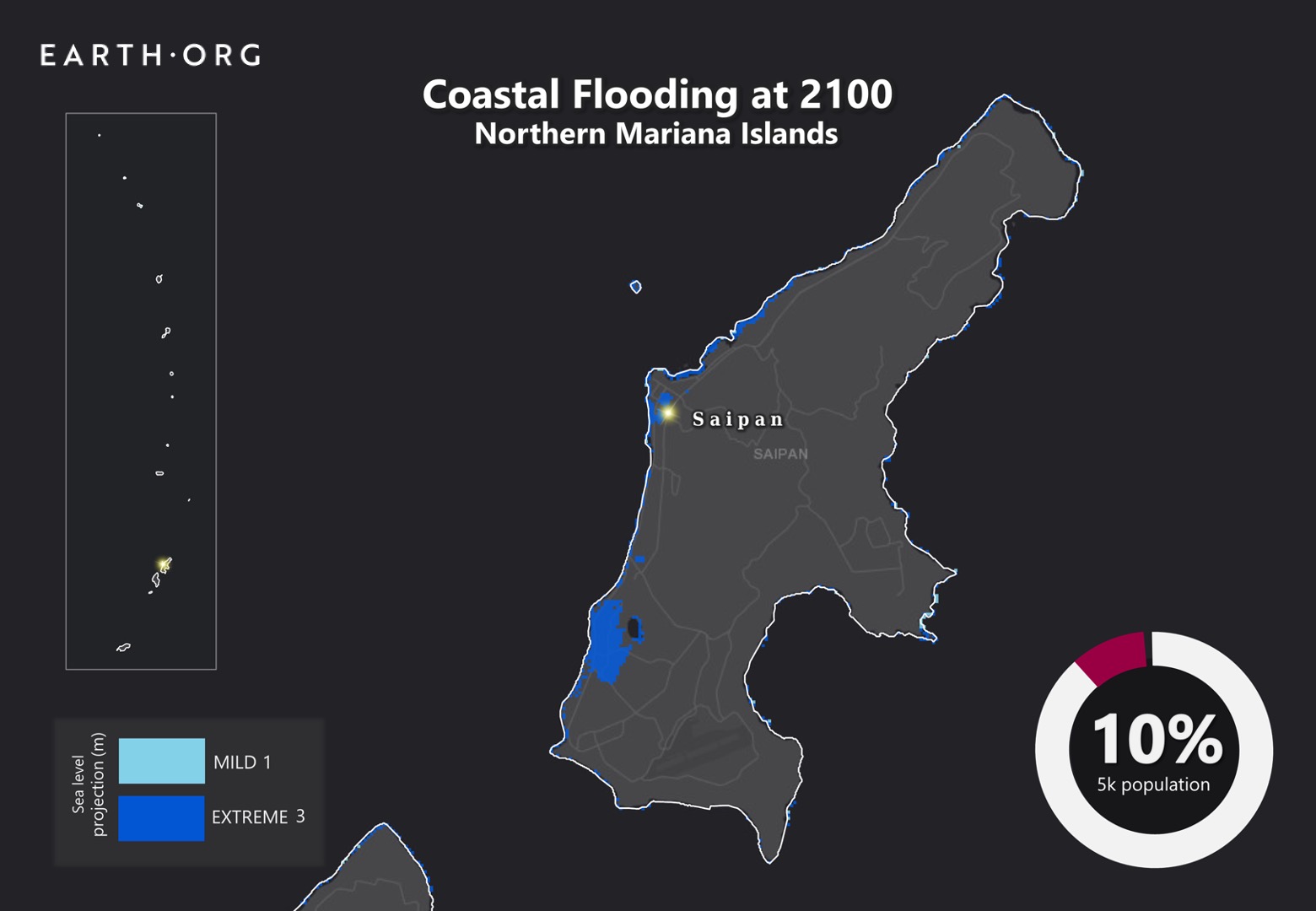