Palau is a small nation with exceptional biodiversity in the western Pacific Ocean. It has one of the largest tropical rainforests in Micronesia and is home to around 1,260 species. However, sea level rise is a big threat for the nation, and humans and animals alike are losing ground fast.

Earth.Org has mapped what extreme flooding could look like on Palau by 2100 as a call for global awareness.

Palau is the westernmost island cluster in the Caroline Island Group. 25% of the nation’s landmass lies below 10 m above sea level and only 12 out of 586 islands of the archipelago are continuously inhabitable, with roughly 180,000 citizens in total.

Low emissions projections by 2090 put sea level rise in Palau at 15 to 46 cm, medium emissions at 18 to 59 cm, and high emissions at 21 to 61 cm. Despite most of Palau standing 9 m above sea level, most of the high ground is hilly and thickly forested, unfavorable for human habitation and economic activity. Like most island states, Palau relies heavily on its coastline for its way of life.

Examples like the December 2008 floods that occurred from coastal flooding only (no downpour), highlight Palau’s vulnerability. It was a combination of the highest tide of the year, sea level rise and larger waves from a distant storm. Infrastructure was damaged, communities flooded and fresh water aquifers contaminated with salt. Approximately 60% of the island’s crops were destroyed. The probability of this kind of event occurring increases with each centimeter of sea level rise, becoming too costly to endure past a certain point.

The truth is that reversing the process is impossible, but mitigating it enough to give time to vulnerable countries and the rest of the world to adapt is key.

Earth.Org has modelled what a mild and extreme flooding event could look like in Palau by 2100 under a high emissions scenario to illustrate the need for action. 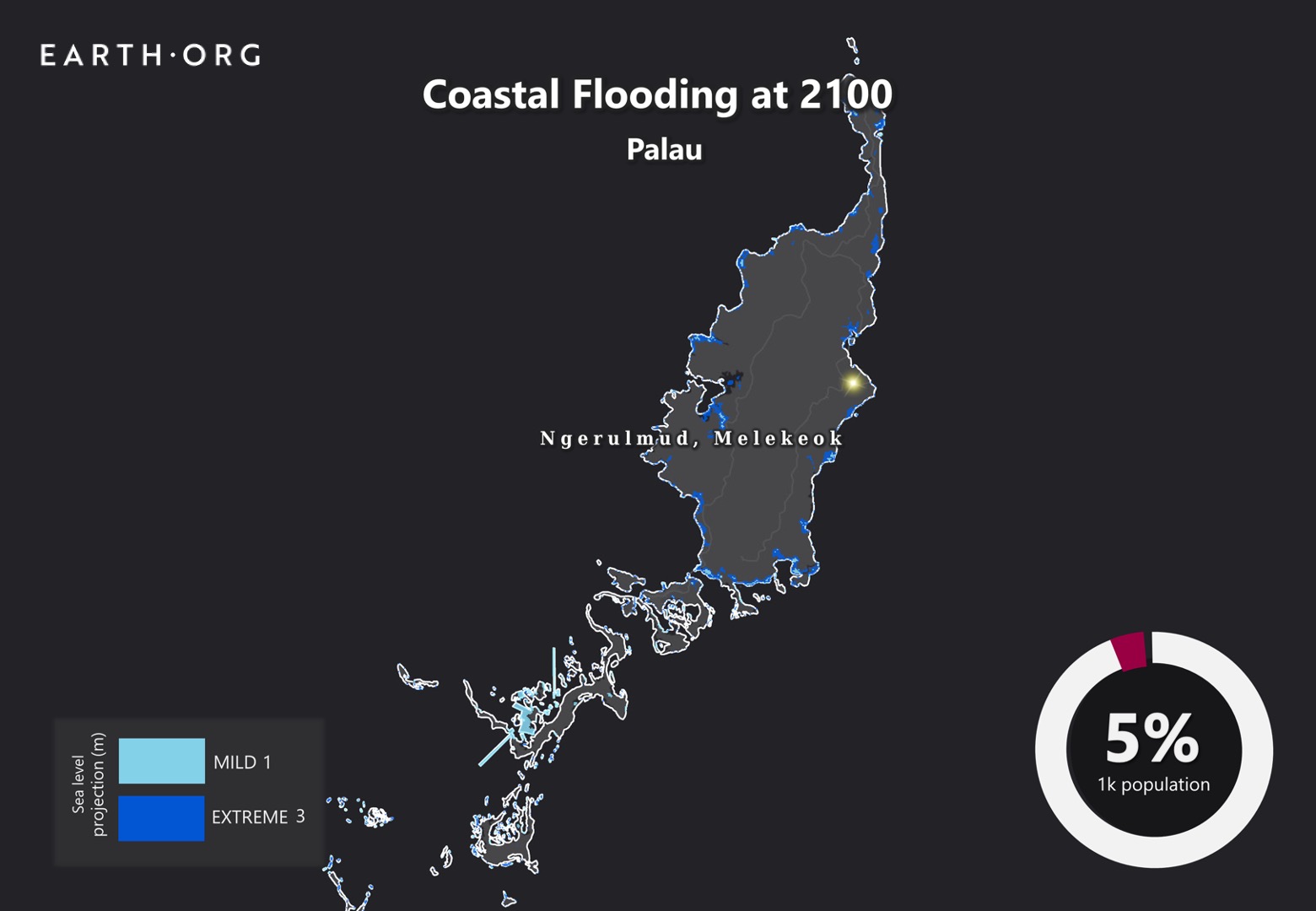