Rotterdam in the Netherlands is known to be at risk of being submerged due to sea level rise. Standing 20 feet below this threshold, the city has implemented innovative measures to live with Mother Nature instead of fighting it. Their best flood mitigation procedure is increasing the capacity of their whole city to capture water.

The Netherlands is well-known for being the leading country when it comes to battling floods. Danger is always lurking for provinces like Rotterdam that is located at the mouth of Nieuwe Maas channel leading towards the North Sea. Their biggest protection is The Maeslantkering, the Rotterdam dam that closes once storm surges exceed 3 meters height. 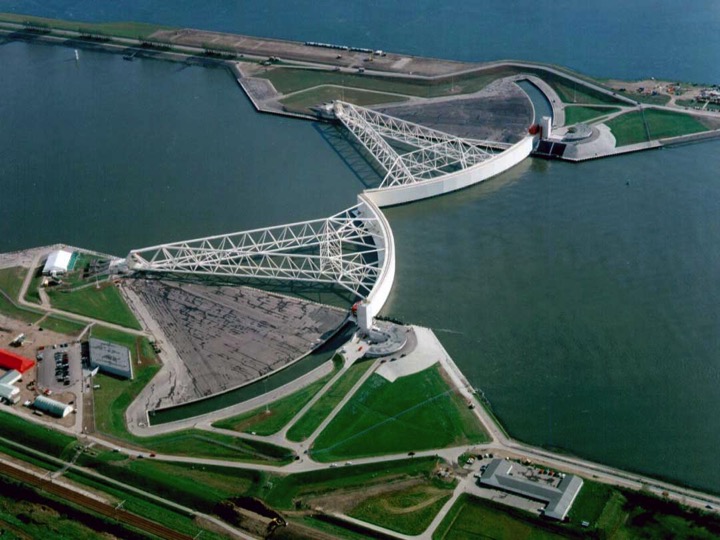 The Maeslantkering itself has only had to close twice in 22 years. Projected frequencies of storm surges might force it to close once annually in the near future. Despite that, Rotterdam refuses to “keep building higher levees, because we will end up living behind 10-meter walls,” said Harold van Waveren, a senior government adviser. Instead, the Dutch have opted to give Room for the River. Letting water in and live with it.

Infrastructures all across the province have the added function of water storage to help mitigate flooding. Parking garages are transformed into emergency reservoirs, and open plazas are designed to fill up, with drainage systems that redirect water back to the river. Concrete pavement in gardens around neighborhoods have been removed to increase water absorption capacity, and crops are also carefully selected and modified to adapt with saline water.

Besides storm surges, Rotterdam often gets an abundance of rain showers. Excess downpour is controlled by rooftop farms holding up to 60 liters of water per square meter. Built-in Smart Roofs monitor rain forecasts and adjust their flow.

Despite the cutting edge strategies employed in Rotterdam, these will not be enough to contain the projected 1 to 2 meter rise in sea levels by 2100. However, it may buy them enough time to come up with another solution, such as relocation. Earth.Org has modeled what extreme flooding could look like in Rotterdam by 2100 to help you visualize the impending threat. 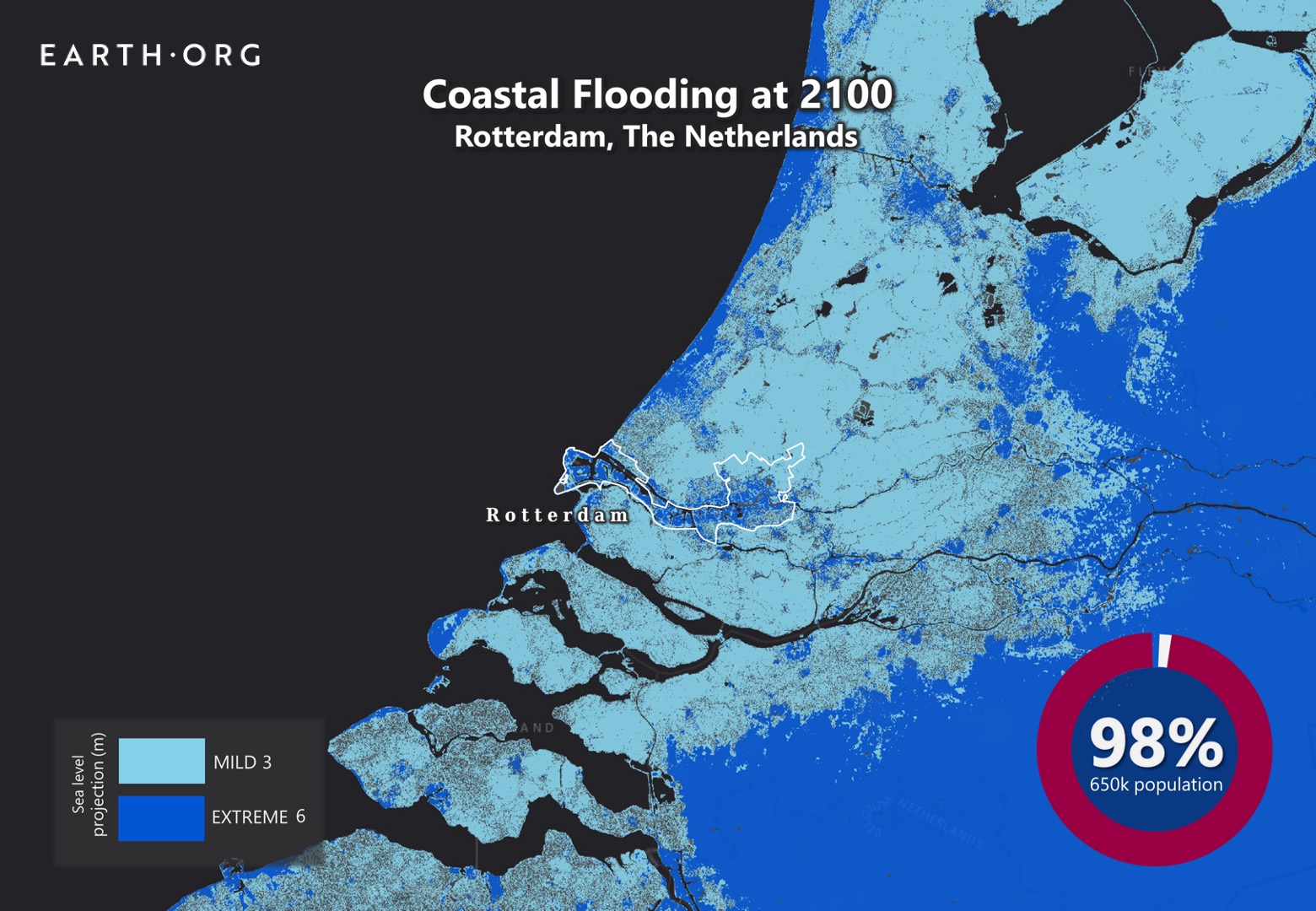