Samoa’s climate is dependent on the South Pacific Convergence Zone and the El Nino-Southern Oscillation. They can bring both floods and droughts that heavily impact Samoan livelihood, and sea level rise threatens to exacerbate these events.

Earth.Org has mapped severe flooding in Samoa by 2100 as a result of sea level rise and coastal flooding.

Consisting of two main islands, Savai’i and Upolu, Samoa is an independent island state that sits about halfway between Hawaii and New Zealand. It is around 2,800 km2 with a mountainous topology, forcing most of the activity onto the coastline. Tropical cyclones affect the island between November and April, with 52 cyclones recorded between 1969 and 2010. These can be devastating to homes and infrastructure, and the accompanying floods cause landslides and put cities into gridlock.

A recent study estimated that sea level rise around Samoa is occurring ~5 times faster than the global average due to earthquake-related subsidence. There have already been waves of relocation inland as coastlines get eroded by cyclones and subsequent waves surges, and the entire island will have to adapt in the face of rising sea levels.

As of today, protection strategies are limited to promoting coral regrowth as reefs slow down storm surges, and providing easy access to high grounds for the citizens. Unfortunately, if we go down a high emissions pathway, the low-end estimate of 1 meter of sea level rise could be too much to handle for the Samoans.

Earth.org has mapped a worst-case scenario flood in Samoa by 2100 as a call to action. 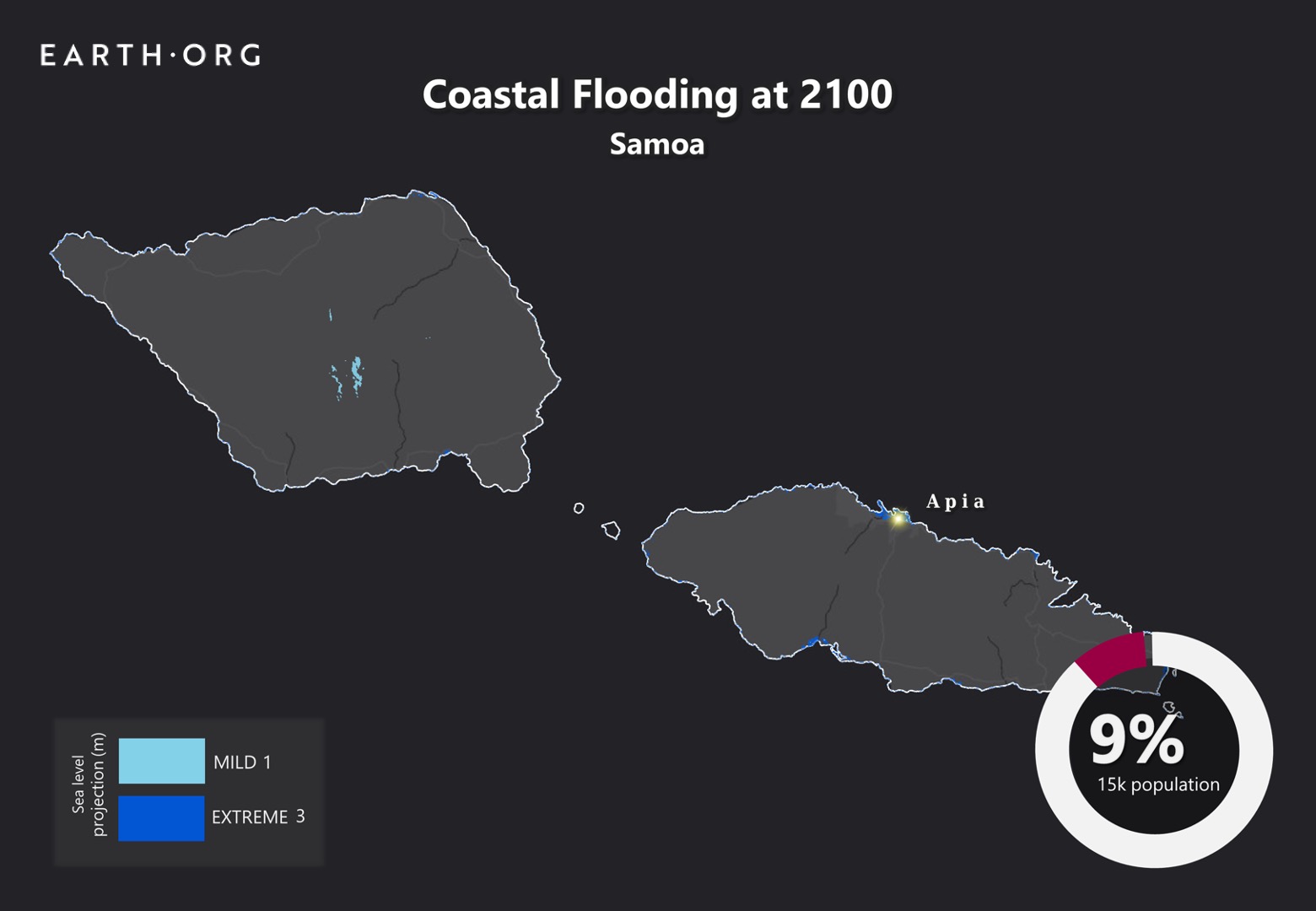