The islands of Tuvalu, scattered over 500,000 square miles of ocean between Hawaii and Australia. It is densely populated and generally less than 3 m above sea level. New predictions of 1 to 2 m sea level rise by 2100 put the archipelago in serious danger of becoming uninhabitable.

Earth.Org has mapped extreme flooding in Tuvalu by the end of the century as a call to curb emissions.

Tuvalu is made up of nine tiny islands in the southwest Pacific, with a total landmass of just 10 square miles and highest point of 4.5 metres above sea level. Its population density is higher than that of Japan at 379 people per km2, and the low topology puts all of its 11,000 inhabitants at risk flooding from storm surges or even tsunamis.

In 2000, the country was involved in a climate change controversy. The National Tidal Centre (NTC) claimed that after seven years of measurements, the sea level at Funafuti, the capital of the country, had actually fallen by 86.9 mm since 1993. This put all the climate change plans by the Tuvaluan government on hold. After reanalysis of NTC’s records in combination with other data, it was found that sea level at Funafuti was, in fact, rising at a similar rate as the global mean. In 2003, the data from the Funafuti station showed that sea level has risen there an average of 5.6 mm annually over the past decade.

As of today, there are no major forms of flood control, be it sea walls or relocation plans. Earth.Org has mapped the worst-case scenario floods on Tuvalu by 2100 to illustrate the need for action. 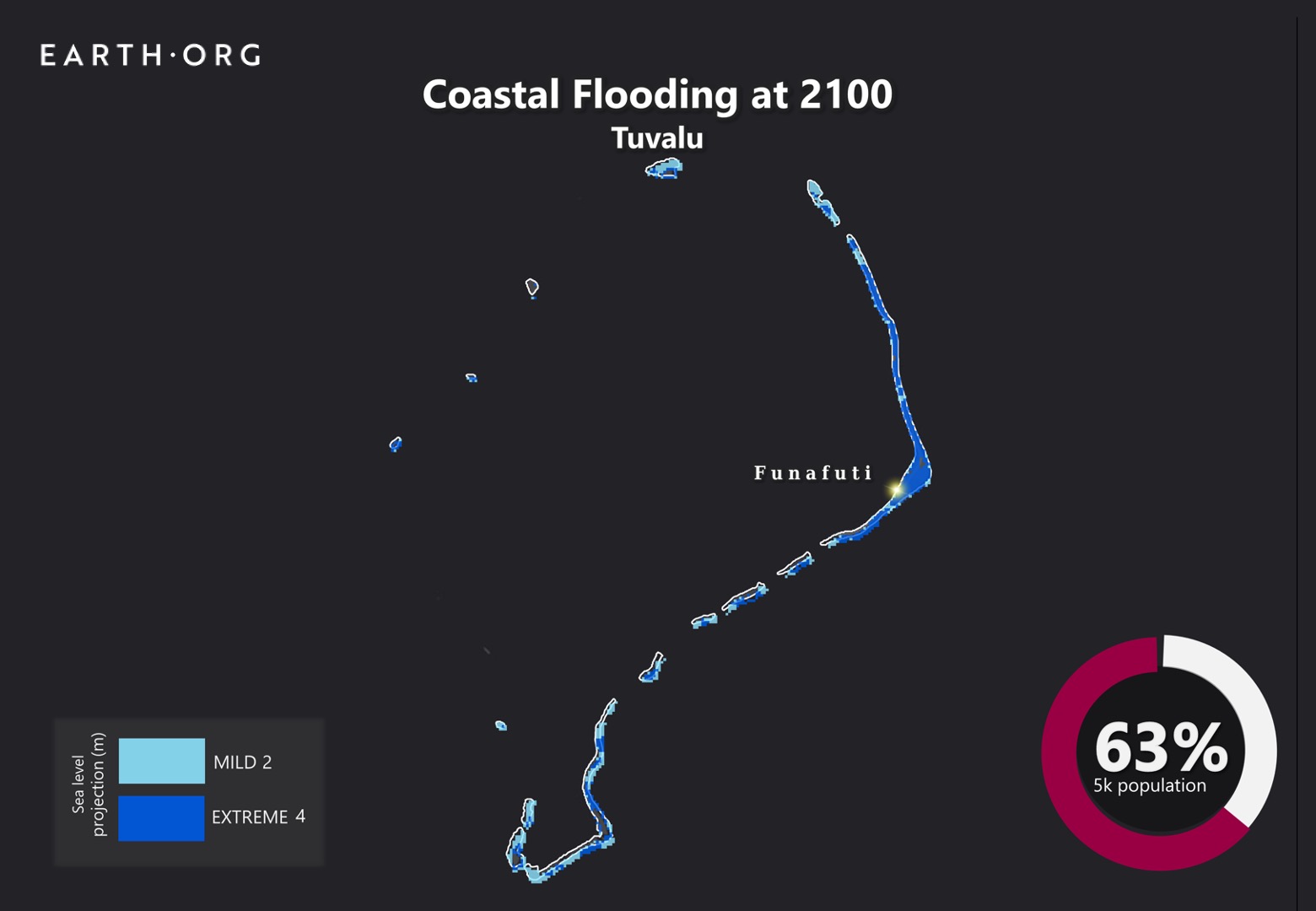