Vancouver has drafted a plan to stave sea level rise away, but they have yet to carry it out. Ice sheet melts magnified by Vancouver’s strong winter downpours result in frequent and damaging floods.

Earth.Org plotted the flooding risk Vancouver could suffer by 2100 according to the current sea level rise rate.

Situated in the Burrard Peninsula, Vancouver is bordered by bodies of water where regions located in the lower mainland are at the highest risk of sinking. Population growth requires urban expansion, further increasing flood risk. Compared to the historical Fraser River flood 1984, what lies ahead could be catastrophic. Forecasts have estimated a total of 250,000 people displaced and US $30 billion in damages by 2100.

Vancouver’s flood control system was recently evaluated and 74 dikes proved to be too weak to go against future floods. The frequency of 1-in-100 year and 1-in-200 year floods could increase up to ten-fold in the next few decades, driving officials to undertake the Coastal Adaptation Plan (CAP) to strengthen the infrastructure. This plan has yet to begin, despite being announced nearly two years ago. While a task of this scale is difficult to implement, a sense of urgency is not alarmist at this point but rational.

As a call for awareness, Earth.Org has mapped what extreme flooding would look like in Vancouver by 2100 if no action were taken. 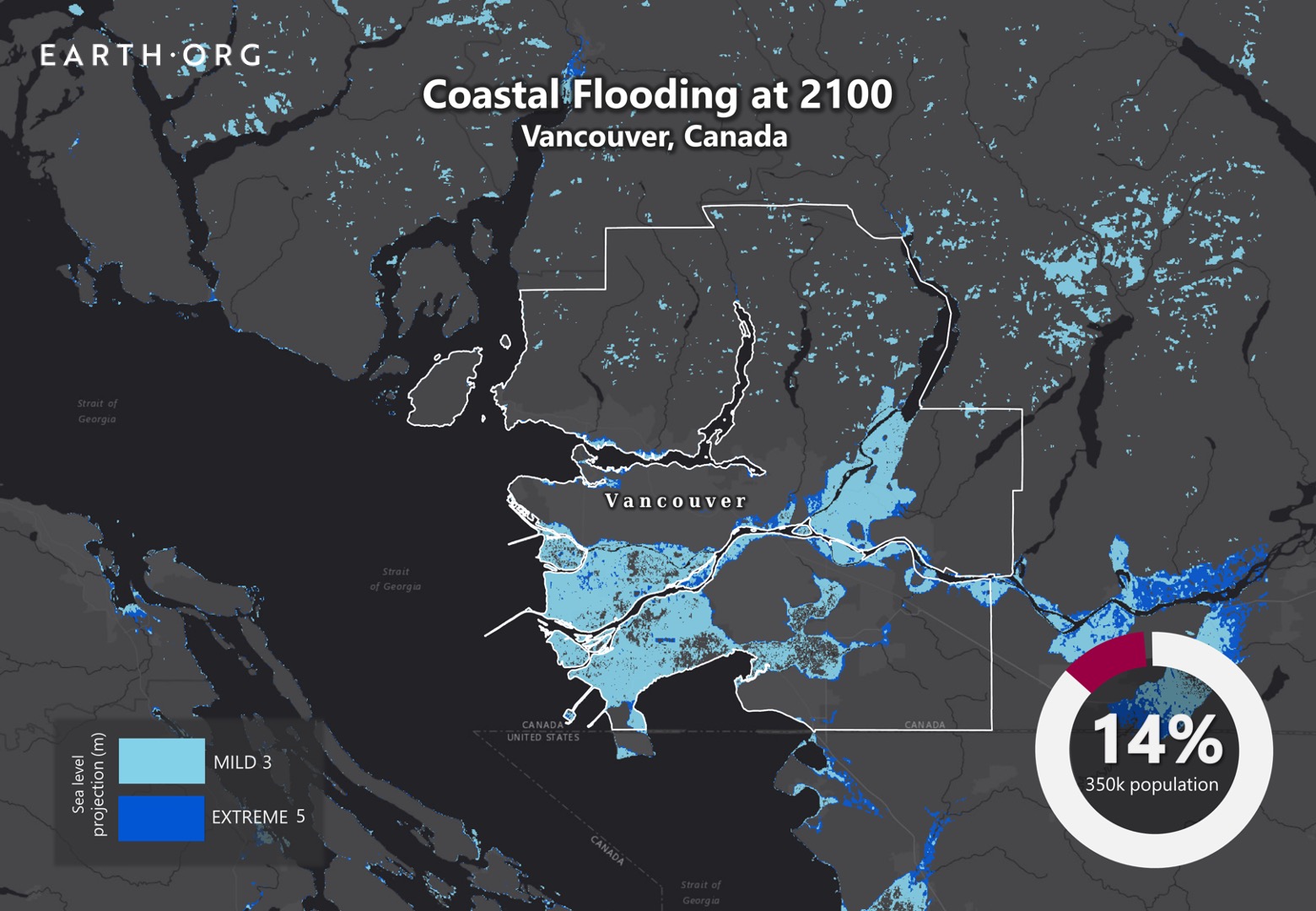