Wallis and Futuna is a French overseas territory located midway between New Caledonia and Tahiti. A study has shown that several hundred seaside homes in Uvea, central island of the Wallis archipelago, would have to be evacuated with as little as 50 cm of sea level rise.

Earth.Org has mapped what extreme flooding could look like by 2100 to illustrate the need for preparation.

Wallis and Futuna does not face an immediate threat of submersion, but it still faces serious challenges due to climate change. Composed of two distinct archipelagos, the Wallis and the Horn archipelagos, the French overseas collectivity is home to around 14,000 residents. Most of whom reside in and near the islands’ low-lying coastal zones.

A study led by the Secretariat of the Pacific Regional Environmental Programme (Sprep) used a model to illustrate the potential submersion of Uvea, central island of the Wallis archipelago; it used a range from 0.5 to 3 metres sea level rise. The result was alarming, with only 0.5 metres of sea level rise, several hundreds of seaside homes in the area would be under threat. Coastal erosion can already be observed, chipping away at beaches and uprooting coastal vegetation. Other impacts include aquifer contamination and crop failure, along with damage to critical infrastructure like ports, roads and hospitals.

To combat erosion, several measures have been implemented at a local level, for example, shoring up the seafront, installation for sea walls and planting erosion-resistant vegetation. However, these initiatives are just local and temporary solutions, a long-term protection against the significant sea level rise is still not found.

Earth.Org has mapped the worst case scenario floods the islands could experience as a call to action. 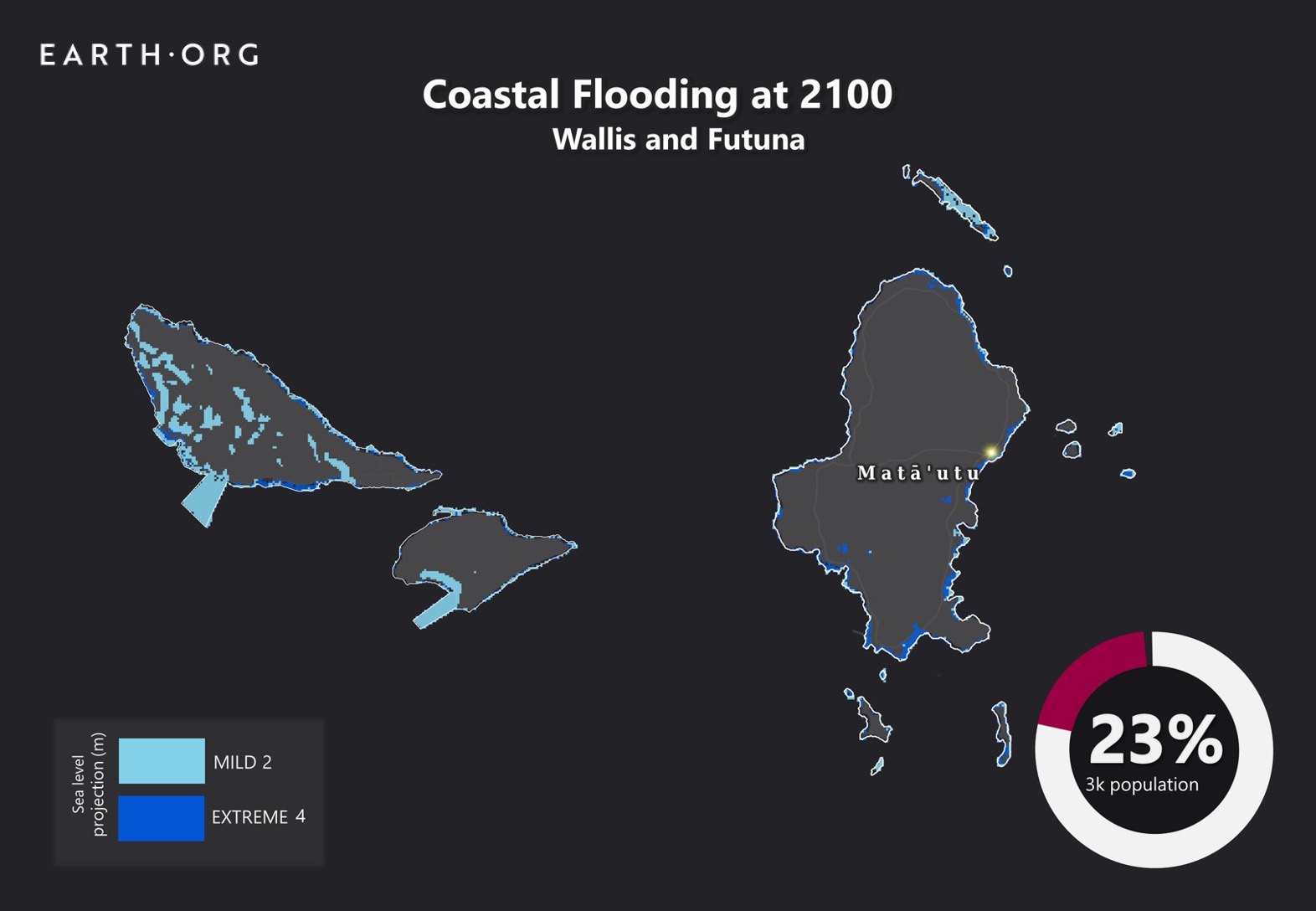