Despite sophisticated flood control infrastructure, large parts of the Zhuhai-Macau area are projected to be below sea level by 2100. Sea level rise of 65 centimeters, together with high tide, would flood 3400 km2 of the Zhuhai region.

Earth.Org has mapped what a severe flood would look like these two cities by 2100.

Situated at the southern tip of China, Zhuhai, and Macau generally have a humid subtropical climate with abundant rainfall. Recent rainfall extremes reached 482.8 millimeters over a single night in the port city of Zhuhai, causing flash floods and showcasing the region’s vulnerability to such events.

Extreme coastal flooding and intensified storm surges are the two main drivers of inundation, and sea level rise exacerbates both. Macau, built on a low-lying area, has become more vulnerable to coastal flooding in recent years. The 2018 Typhoon Mangkhut has led to severe flooding in the casino hub, forcing 1280 citizens to stay in temporary shelters. With newer estimates predicting a 1 to 2-meter increase in sea levels, Macau and Zhuhai officials urgently need to start planning an adaptation strategy.

As it is, their drainage systems are pushed to the limit. Zhuhai has a sewage outlet elevation of 1.24 meter, which is 10 centimeters lower than its local highest tide level. Over the total number of rainfall events in a year, Zhuhai needs sewage or flooding water drainage 11% of the time. Stagnant floodwaters have become a common problem, promoting mosquito proliferation.

As a call to action, Earth.Org has mapped what extreme flooding could look like in Zhuhai and Macau by 2100. 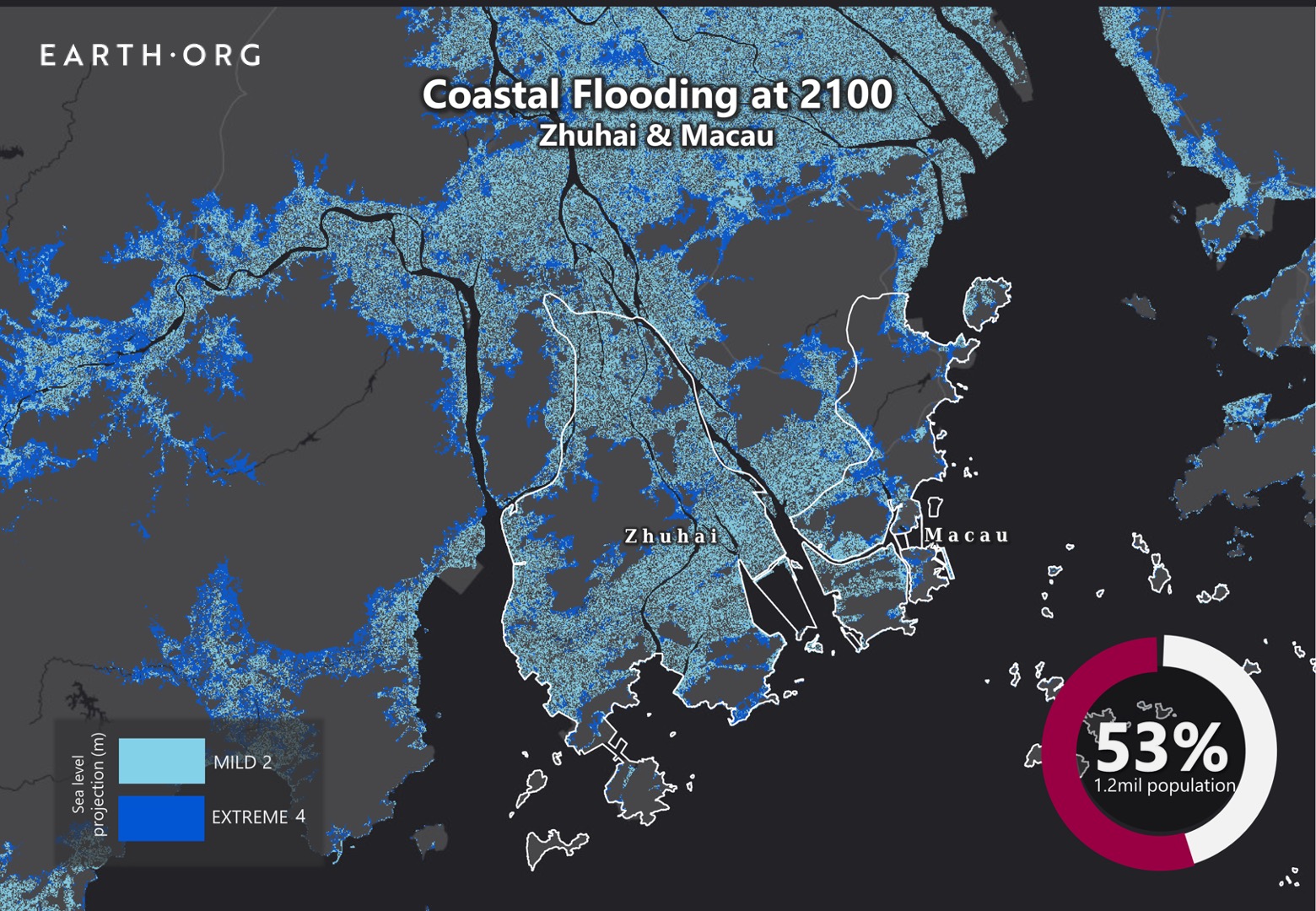