Heavy rains in Rio de Janeiro cause flooding due to poor drainage infrastructure. These can contaminate water reserves, cause landslides, damage buildings and halt city activity. Flood-control plans are under way but they are not ambitious enough to mitigate the combined effects of heavy rainfall and sea level rise.

Earth.Org has mapped the flooding Rio de Janeiro could experience by 2100.

In the past year, Rio has experienced exceptionally strong precipitation leading to deadly floods. Aside from direct casualties, the floods put the health of many people at risk, especially those of lower income whose water reserves can be contaminated. Such events can spread disease like gastroenteritis or leptospirosis, along with mosquito-borne illness as these insects benefit from humid conditions.

In 2012, the city undertook construction of four underground reservoirs and a diversion tunnel for the Joana River to improve flood control. However, these can only accommodate a 1-in-25 years flood, or a flood with a 25% chance of occurring in any given year.

A recent paper published in Nature estimates that, under high emissions scenarios, global sea levels could rise by an average 1 to 2 meters by 2100. This would certainly increase the occurrence of so-called “100-year floods,” the term used to define a flood that statistically has a 1% chance of occurring in any given year. If one of these surges hit Rio de Janeiro, this is what it would look like. 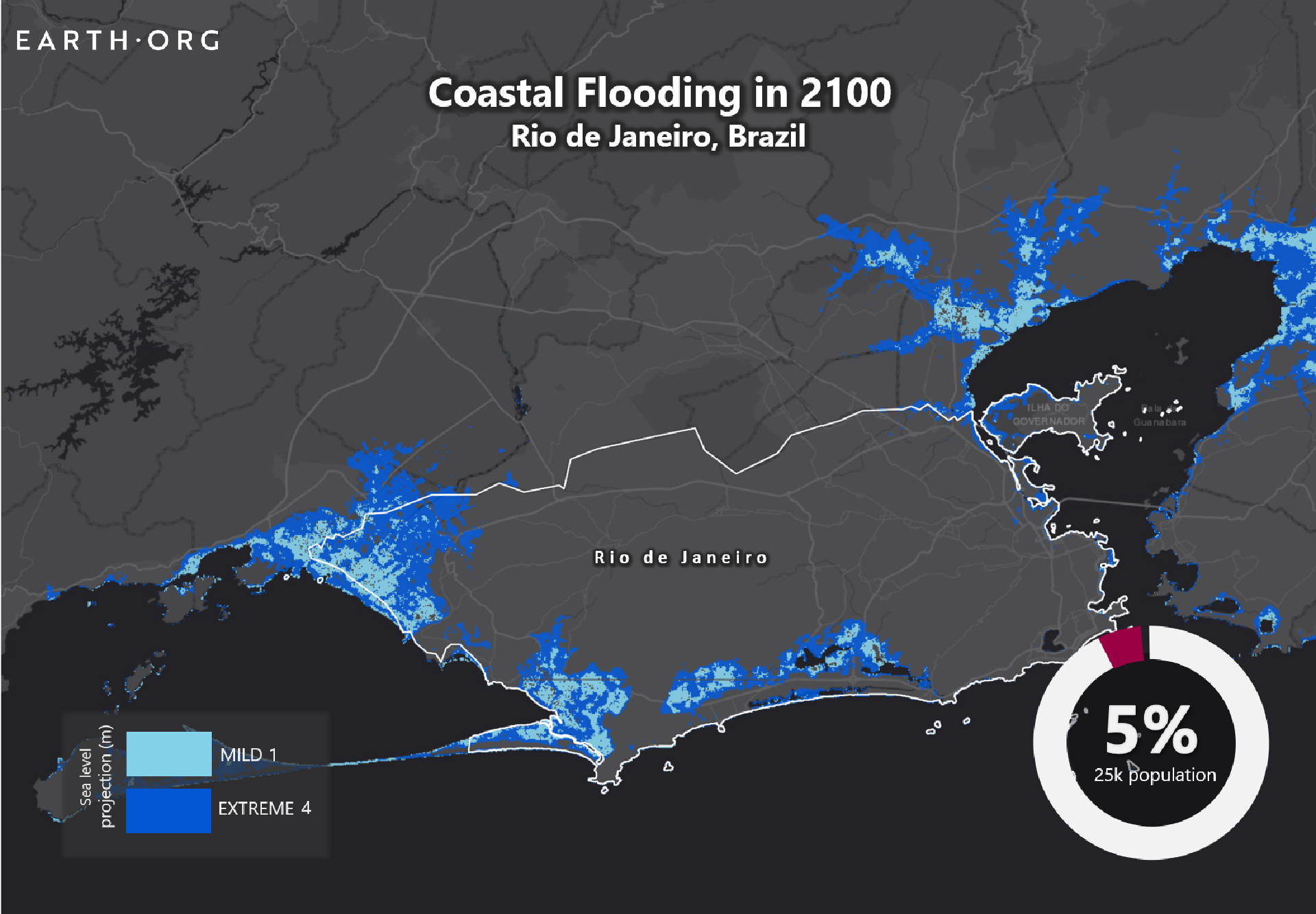