Sudan, in North-East Africa, has experienced widespread flooding since mid-July 2020. The Humanitarian Aid Commission reported that 650,000 people have been affected in 17 of Sudan’s 18 states. In a country plagued by political strife, the government has been forced to declare a state of emergency on September 4, 2020.

Lauren Dauphin from NASA Earth Observatory used Landsat data from the U.S. Geological Survey to record the flooding in Khartoum, Sudan’s capital, comparing September 23rd, 2016 and September 2nd, 2020. These are false-color images that were produced using a combination of infrared and visible light to facilitate water, land and vegetation differentiation.

This year’s rainy season has been wetter than usual, and the White and Blue Nile have breached their banks around Sudan’s capital Khartoum, and its twin city Omdurman. Rain and flood intensity surpassed the previous records set in 1946 and 1988. 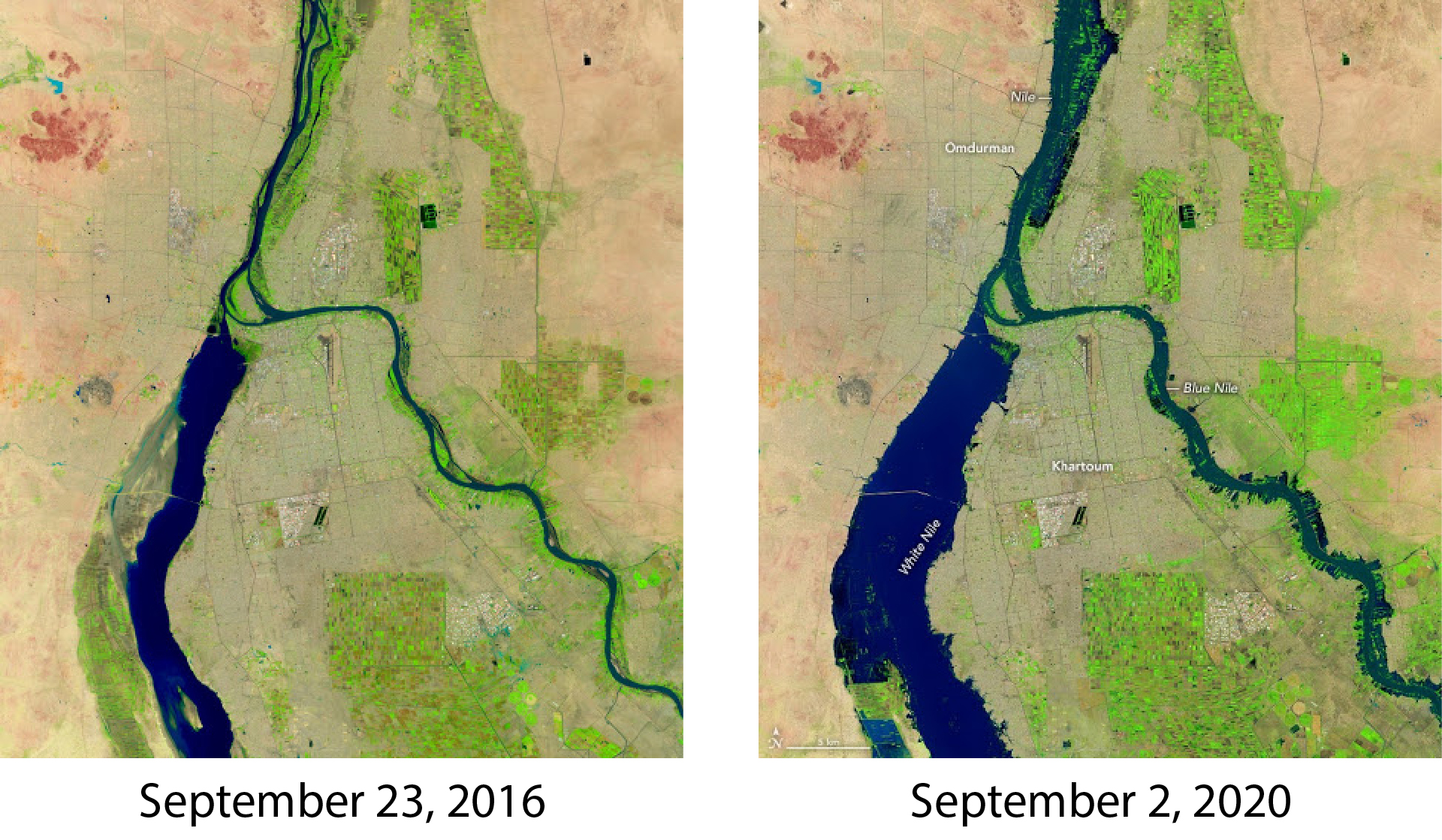 On August 21, 2020, a photograph was captured by the Expedition 63 crew from the International Space Station. The image shows flooding near the Black Nile river around Adarama, a district that is about 310 miles northeast of Khartoum. 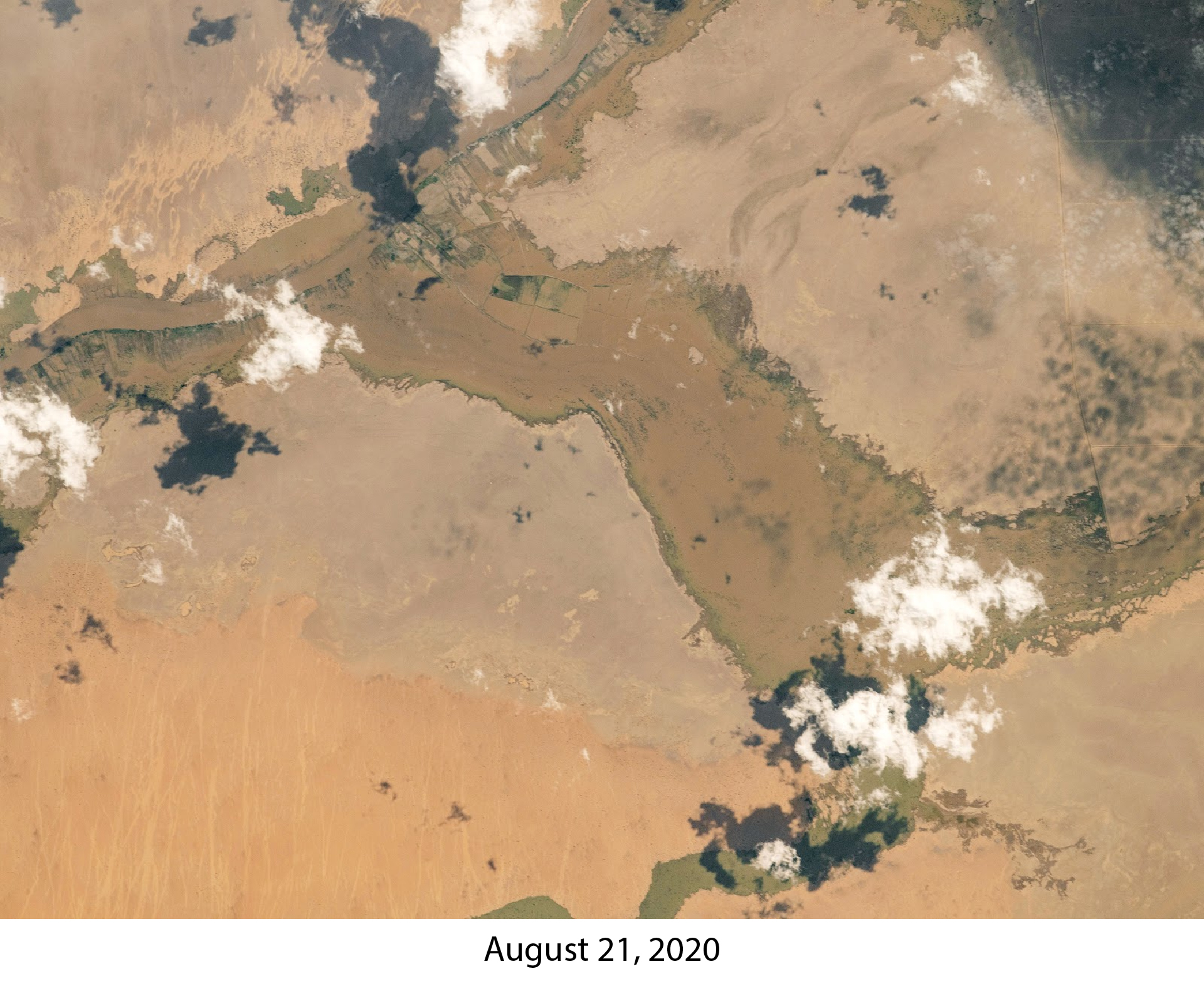 Fed by its many tributaries, the Nile crested at 17.4 meters (57 feet) above its usual levels. Cases of extreme weather are meant to happen, albeit infrequently. However, it seems that records are being broken every which way and it is difficult to imagine this is unrelated to our nearing 1°C warming above pre-industrial levels.