A team of researchers from the University of South Florida College of Marine Science discovered the largest bloom of algae in the world using NASA satellite observations. The paper, “The great Atlantic Sargassum belt” was published in Science in July 2019 and describes a “floating mat” of Sargassum species that was first reported by Christopher Columbus in the 15th century.

Usually limited and discontinuous, these so-called mats are quite abundant in the Sargasso Sea. Using MODIS data, Wang et al. found a belt of the algae blanketing the tropical Atlantic Ocean from the west coast of Africa to the Gulf of Mexico (imaging by Joshua Stevens). In 2018, over 20 million tons of Sargassum piled onto the nearby shorelines. 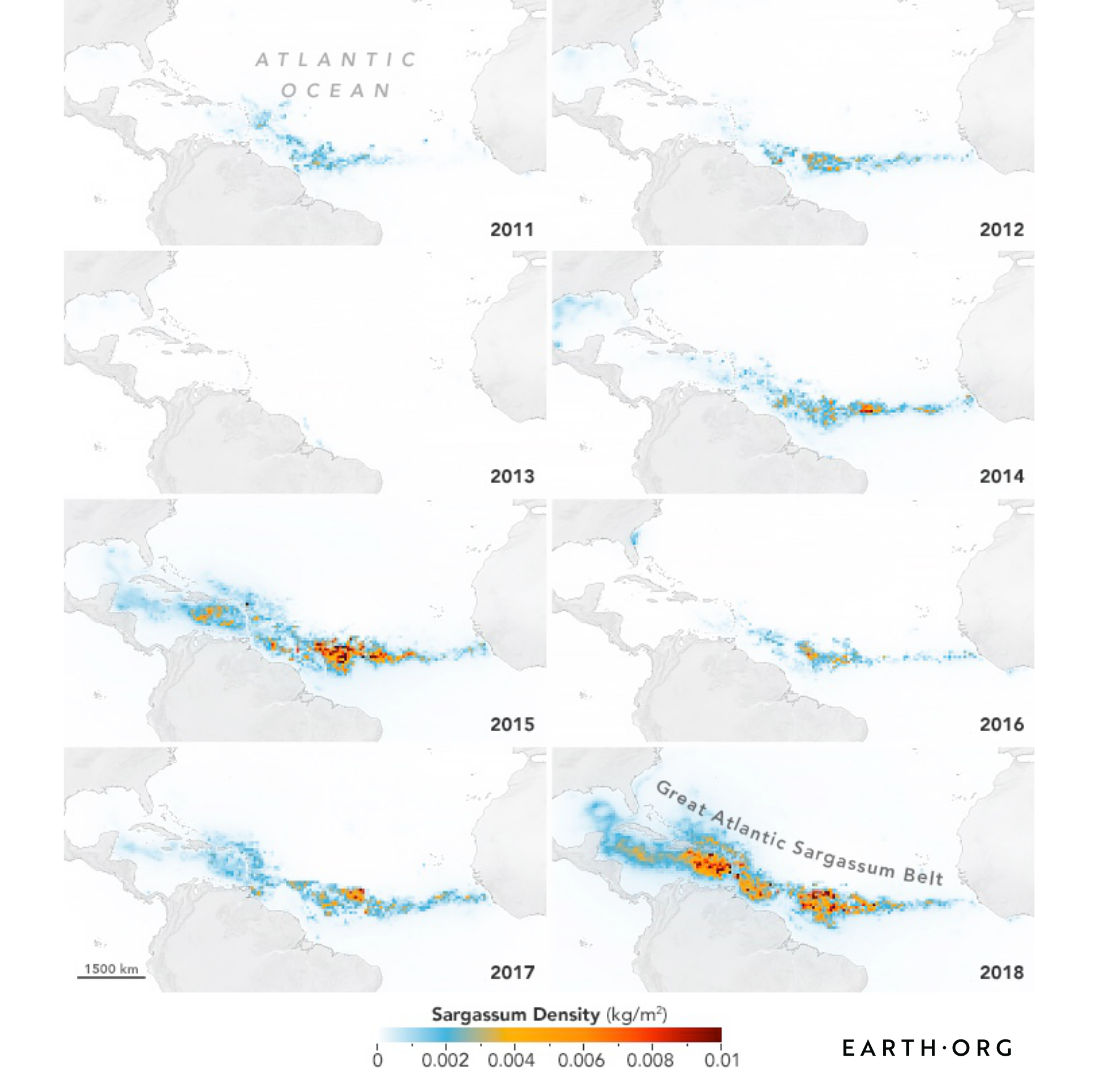 According to the scientists, environmental data and direct ocean sampling suggest that this belt forms in response to nutrients from the Amazon River. These have increased in concentration due to deforestation and fertilizer use, and this is expected to become a “new normal”. Humans are changing the ocean’s biochemistry, and Paula Bontempi, manager of NASA’s Ocean Biology and Biogeochemistry Program, says the Atlantic Sargassum belt is representative of a larger ecosystem shift.