Will California’s Kelp Forests Bounce Back?

Off the coast of Sonoman and Mendocino counties in California, climate change and a marine epidemic have combined to endanger one of the West Coast’s most productive ecosystems. In a very brief amount of time, the renowned Californian kelp forests have gone from vibrant to almost completely gone.

Bull kelp is easily the most abundant species of kelp north of Monterey Bay. With its long stems, it forms beautiful underwater forests that provide food and shelter to a host of unique species. 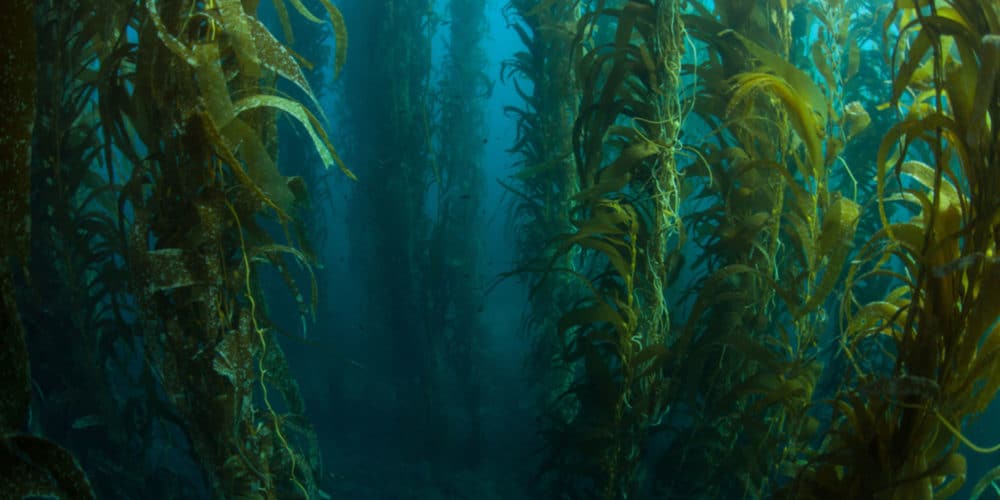 It grows amazingly fast, up to 60cm a day, but it is quite picky about where it appears. It is generally found in cold, nutrient-dense waters, and doesn’t do well when it gets too warm. 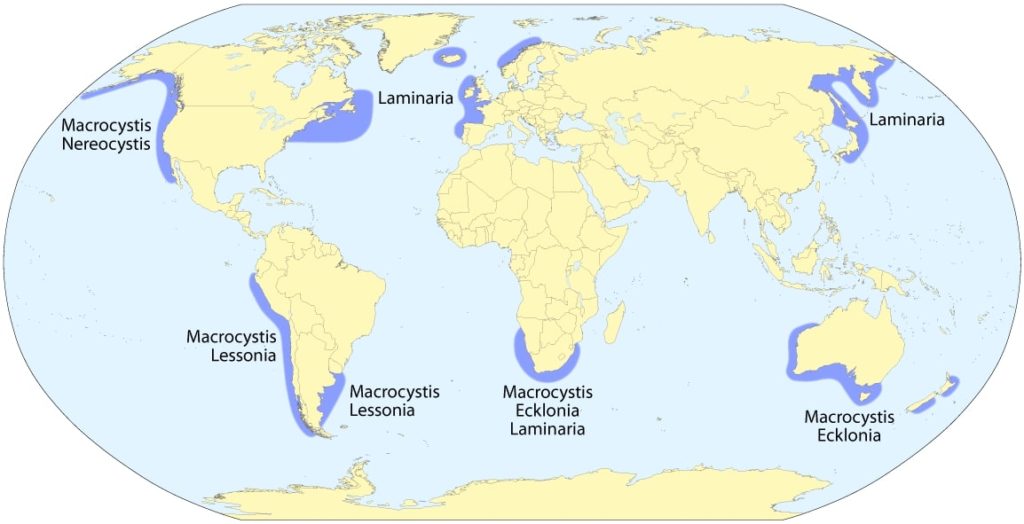 Aside from providing the architecture for a unique type of ecosystem, the kelp of course stores large amounts of carbon dioxide, another natural sink that has slowed the effect of human emissions thus far.

So what’s the issue?

A once vibrant stretch of kelp forests along the coast of Northern California has collapsed over just a year, a catastrophe of rare proportion.

Results from a research by a team of researchers led by Meredith McPherson of the University of California, Santa Cruz, reviewed the decline of the once hardy kelp forest, as well as its struggle to regenerate. Using 34 years of satellite imagery, the team determined

that the Northern California kelp canopy declined more than 95% in 2014-2015, and has since been unable to recover. 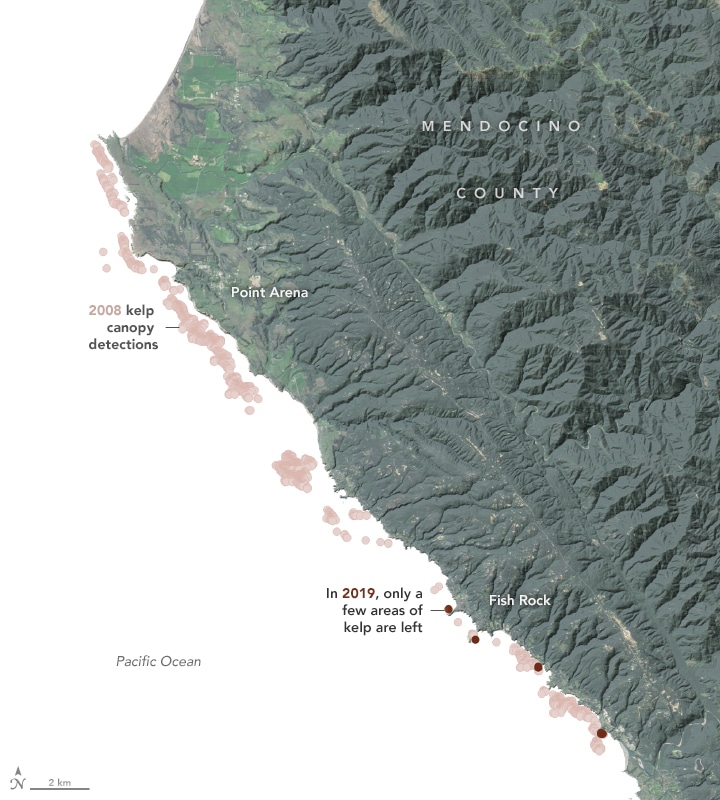 The kelp started receding in 2008 in the northern part of the map area shown, and then in 2012 in the southern part. But along the rocky environment in the middle, the bull kelp held strong. Then came “the blob”. In 2013, temperature in the Bering Sea rose due to a marine heatwave, and by 2014 the warm water reached the California coast. Water temperature was 2.4C above normal for a whopping 226 days.

Historically speaking, the system has survived many strong El Niño-driven high temperature episodes, losing a good amount of kelp canopy but recovering nonetheless. Despite this 2013 episode being particularly harsh, the kelp still survived the “blob”. However, they were less resilient to the loss of the sunflower starfish.

This starfish species is a key sea urchin predator, absolutely essential to keeping these voracious ground grazers in check. They came through the damaged kelp forests and decimated the vegetation – left with nothing to eat, they began killing nascent kelp sprouts and finally gave birth to what scientists call urchin barrens.

It is unclear where things go from here. The kelp hasn’t entirely disappeared, but it is kept in gridlock by the sea urchin invasion. It is possible that the forest could recover if a potent urchin predator finds its way back into the area, either naturally or by human reintroduction.

In the meantime, organisations like Urchinomics have been hiring divers to cull the urchin populations, either by simply killing them, or fishing them out for sale to high-end restaurants.

Intervention can be dangerous, because it is difficult to tell what the knock-on effects can be. Scientists explain that temperatures have been above normal since 2014, but are now beginning to cool down, and they hope to see a natural rebound in kelp in the next few years. If this isn’t the case, it is probable they will start considering more drastic restoration options.

As a final note, sunflower starfish are recovering further up the coast, closer to Alaska. Near Monterey Bay, urchin-eating sea otters have been able to protect local kelp forests. And in spring 2021, there was a report showing new bull kelp growing at one of the surviving patches off the Mendocino coast.

It is good to remember that even without humans, there are natural fluctuations in many ecosystems, and this could be nothing more than a five year episode – long in human perspective yet incredibly brief on natural timescales.